This is the second article in the ArcGIS Enterprise Reporter series.  The focus of this article is to offer a bit of guidance for running the application.

Apache JMeter is a great load testing tool, but it's a fantastic automation framework too! This Article focuses on using JMeter to call the ArcGIS REST API in order to carry out user management tasks that would be tedious for large numbers of members.

A geoprocessing (GP) services is essentially a resource that is setup to perform or automate any ArcGIS Enterprise task. The purpose of this tool could be something that works on a feature class or table and creates an output dataset. The work performed could be to take in a set of inputs and generate a buffer or project to another spatial reference.

They take the form of being either synchronous or asynchronous. This is known as the execution mode.
Synchronous geoprocessing services are ideal for small jobs where the required computation to complete the task is very quick (e.g. just a few seconds). In this case, all the requests involved in the process are short-lived and load testing such a service would be straight-forward: construct a test to send the requests as they (sequentially) appear when interacting with the service. Once the job request is submitted, the response returns as soon as it has completed.

Asynchronous geoprocessing services on the other hand, have more moving parts. Since the task could be very long running, once the job has been submitted, its up to the user (the tester) to periodically check on the status of job with a separate request. Status state checking logic inside a loop introduces complexity to the test.

This article can be used as a guide for load testing an Asynchronous GP service. While it is specific to the "Summarizing Invasive Species" example, the majority of the test and its logic can be applied to other geoprocessing services.

Cached map services are a popular and recommended way to provide a fast performing presentation of static data. When map services are cached, the server draws the data at a set of map scale levels you define and saves the images. Then, as the server received requests for the map, it is much quicker (and requires less CPU resources) to retrieve the pre-created cached images than it is to dynamically draw the map again. This is the benefit of cached map services.

Generally speaking, cached map services can support simultaneous requests from many users. Such services can scale well. Despite this well known performance characteristic, it is still a common requirement to load test a cached map service to see first-hand how it behaves and scales on the hardware of a particular ArcGIS Enterprise deployment.

This Article contains a walk-through for load testing a cached map service with an Apache JMeter Test Plan. The examples use a public accessible dataset. Using datasets in Coordinate Systems other than WGS 1984 Web Mercator Auxiliary_Sphere (WKID: 3857) should work, but the generated test data will be based on a WKID of 3857.

This Article contains a walk-through for load testing a route solver service (map-based service) with an Apache JMeter Test Plan. It uses a public accessible dataset in the examples for the data generation and test configuration process. However, the testing procedure should work when using any valid network dataset. This Article assumes you are familiar with Apache JMeter and some of the Test Plan strategies we have been using in other discussions.

One of the most popular functions for consuming resources from an ArcGIS Enterprise Site is through hosted feature services. Their data source is managed by ArcGIS, the scale very well and visualization is performed on the client.

This Article contains a walk-through for load testing a hosted feature layer service with an Apache JMeter Test Plan. It uses a public accessible dataset in the examples for the data generation and test configuration process. However, any source using a Projected Coordinate System of WGS 1984 Web Mercator Auxiliary_Sphere (WKID: 3857) should also work. The Article assumes you are familiar with Apache JMeter and some of the Test Plan strategies we have been using in other discussions.

If you have a multiple-machine Portal for ArcGIS or ArcGIS Server site, you have a dependency on a file share.  If you are having a problem with your site, how do know whether the file share might be causing it?  This article is intended to help with that challenge.

Esri Contributor
While we have talked about constructing JMeter tests and provided several samples, we have not yet shared how to generate test data, which is half the battle of creating a good test. However, I am excited to talk about a set of load testing tools for ArcGIS Pro that has recently been released that does exactly that.
This free utility is available now and called: Load Testing Tools.
One of my favorite tools in this set is "Generate Bounding Boxes" which can quickly and easily generate bounding boxes by the either the map's current extent or a selected polygon...very powerful. The generated data can be visually validated via separate feature classes (one for each map scale) and plugged right into an Apache JMeter Test Plan (via CSV files that are also created).
Table Of Contents
Read more...
more
4 2 1,208

Testing Fundamentals, Meanings and How They Are Used

The load testing of ArcGIS Enterprise can be carried out using a variety of different tools like: JMeter, LoadRunner or Silk Performer. While all test tools essentially perform the same task of applying pressure to a particular resource and measuring its impact, having a listing of the meanings to common phrases can help ensure testers and analysts are on the same page.

This resource provides insight into some testing fundamentals that are mentioned in other Community Articles about performance and load testing of ArcGIS Enterprise. The vocabulary definitions are listed from a chronological point of view. It all starts with a request so this is the first item discussed. 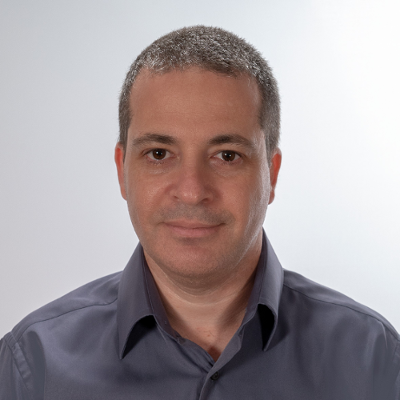