Check out the Field Notes podcast!

The Field Notes podcast is focused on engaging with Esri customers and staff to understand mobile GIS, share stories from the field, and explore all things Field Operations

Collect field observations with a single tap on your mobile device. Read on to learn what's new in ArcGIS QuickCapture (March 2022)

It is important to share your QuickCapture project properly so your mobile workers can access and use it successfully. Here are all of the ways to share that you need to know.

One more release to close 2021, and what a release! ArcGIS QuickCapture 1.12 now includes support for location tracking.  Read on to learn more...

Location tracking coming to ArcGIS QuickCapture. Be the first one to try!

We will host a couple of virtual sessions in November to share with you our progress with the upcoming release of ArcGIS QuickCapture.  During these sessions, we will grant you access to Beta builds of the software. Our focus will be location tracking within ArcGIS QuickCapture.

When using QuickCapture and the application crashes, the generated log files (logcat) can be retrieved to perform diagnostics and troubleshooting. However, as the app does not have Developer mode enabled by default, the log files can only be retrieved using the Android SDK developer toolset.

ArcGIS QuickCapture version 1.11 is now available in the Apple, Google Play and Microsoft app stores. At first, you will not be able to tell the difference and that is by design. Read on to learn more because this new release has some pretty juicy enhancements!

QuickCapture project users tap big buttons to capture types of features. The location of the feature is taken from the location of the device, and the attribute values are either fixed, or calculated on the fly using device variables. On top of this, buttons can be configured to allow user enter additional values through the use of user inputs.

User inputs allow users to enter (or select) a value that is subsequently written to a specific field of a captured feature, and they come in two types:

Both input types support free text (single or multiline) or choice lists to help streamline entry. They ultimately make your your projects more flexible, and help reduce the number of buttons that you need to inlude. However, there are some key differences that you should be aware of before we continue:

From 1.10 of the mobile application, we included support for up to 3 user inputs (up from a previous of 1). This meant that the user could, for example, enter their cost center, the project number and company) and have these values written to specific fields of each and every feature they subsequently captured. Further more, the workflow could be streamlined (and made more robust) if these inputed values could prepulated.

This is possible with the use of a URL paramter. Essentially you can construct a URL that when launched would do the following:

For example, the following URL will download a project and pre-populate the cost center project user input with the value ES001:

If the cost center later changed, then the URL would need to be updated with a new cost center and redistributed. Alternatively, the user could manually update the value in the app.

As long as the app is installed on the device, this link will launch it.

To launch the QuickCapture mobile app, and download/open a specific project, we use this:

This item id can be easily obtained from the URL of the project when opened in the Quickcapture Web Designer.

To open the project and pre populate one project userInput, we use this:

Lets focus on the the last part of the URL and break it down:

In order to get the <input id>, you need to open the project in the QuickCapture Web Designer and then go into the JSON editor. Then scroll down to the userInput{} array and look for the project userInput you are interested in.

Note that both button and project user inputs are in the same array, so check the mode property is project when copying the id.

Once you understand the URL structure for a single projet user input, it should be simple enough to expand the url to populate all three (if your project supports this many). Take a look at the following example:

Finally, a note on URL distribution. You can open the link by pasting it into a web browser, share the link via an email, or even use them to create a QR Code that can be scanned. You can try the latter by scanning the following with your device camera (this will download a test project to try out): 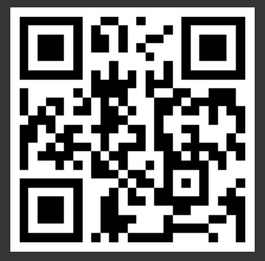 If you want to find out more about the QuickCapture custom URL scheme or the alternative of app links (https://quickcapture.arcgis.app) please see the documentation.

By default, the QuickCapture modules in Integromat will connect to ArcGIS Online, but you can also make Integromat work against your own instance of ArcGIS Enterprise. 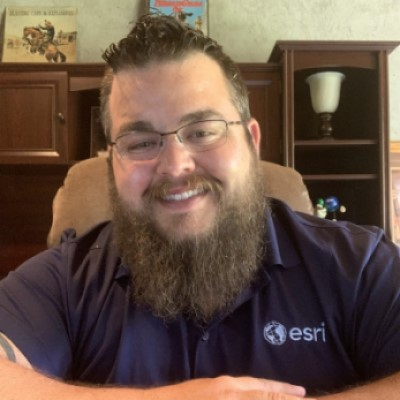