Creating Points Based Off Angles From Intersections

I am trying to automate a process within ArcGIS that can create points at relatively specific angles at intersections. I am going to use these points to perform spatial analysis based on address points. I only have an ArcGIS Standard license, so tools like Near aren't available (if they were to work at all).

Here is my work flow: I have streets that I have already created intersections for using the method outlined here - https://community.esri.com/thread/21850. I then performed a 2 meter Buffer on every intersection. I created a unique ID field for each circle created [str(!OBJECTID!)+"xCIR"]. I then performed an Intersect between the street centerlines and the Buffer layer.

This is an example of what I've done: 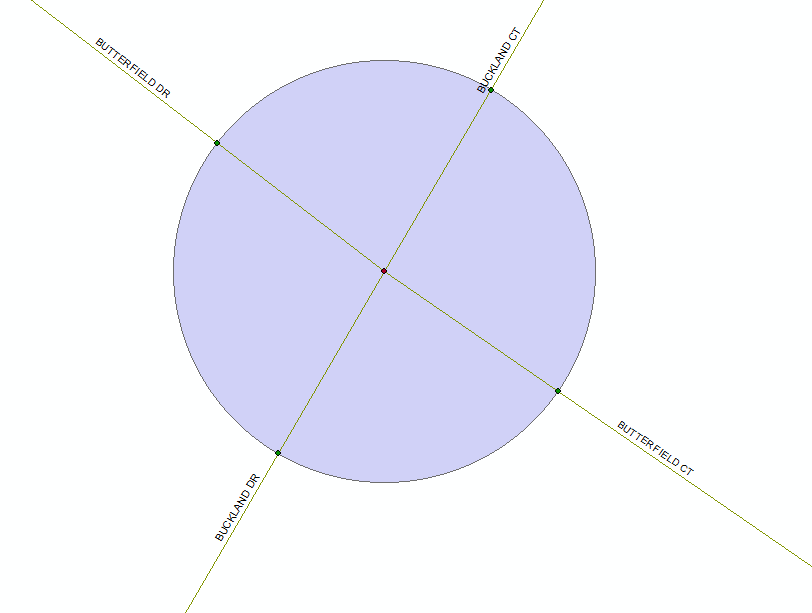 What I want to be able to do is create points that will basically an offset of the intersection points. I figure I would get the angles the points lie on the buffer's edge and simply take the average to get the angle halfway between the two points (or some method along those lines): 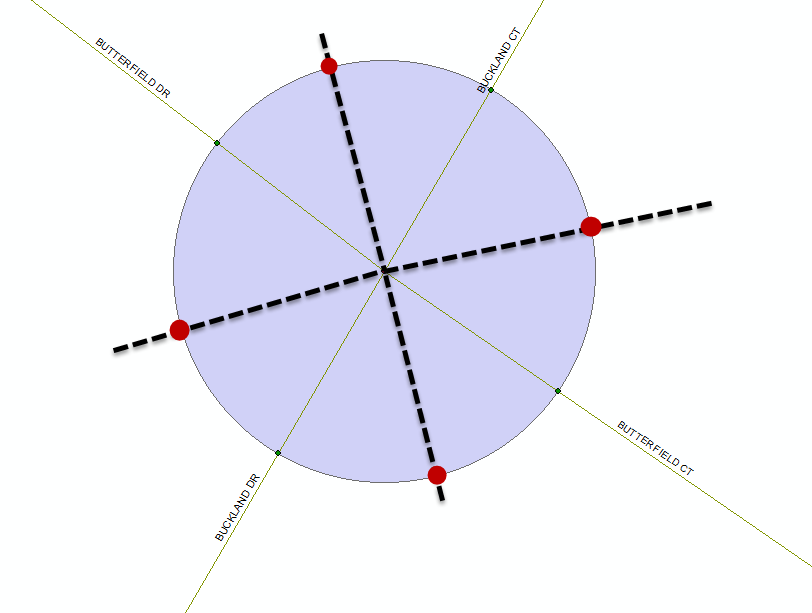 Like I said, I'm trying to automate this (specifically through Model Builder). I have done some research but I am not strong when using Python. However, I am absolutely willing to give anything a shot.

Thanks to anyone for any suggestions or even points in the right direction.

intersections are popular this year... see this thread and Darren's code sample

intersections are popular this year... see this thread and Darren's code sample