Esri Frequent Contributor
0 0 340
David Jonassen (1995) described seven qualities of meaningful learning with technology. They are: active, constructive, collaborative, intentional, conversational, contextualized, and reflective. These are valuable not only to keep in mind when teaching with GIS, but to be purposeful, asking before each class, “How can I be active in my teaching with GIS today?” “How can I be conversational?” and so on.

Those I know who teach with GIS are good examples of putting these qualities into practice. Their teaching is never just for the technology’s sake, even when it is with the goal of increasing the students’ GIS skills for career readiness. They teach in context and with a purpose, asking students to reflect on problem-solving, data, scale, critical thinking, and more. Jonassen and others make a strong case for the value of situated learning, or learning in context, which is exactly what teaching with GIS entails. 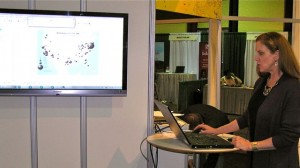 Jonassen’s three assumptions about technology are also instructive. These include the following:
Technologies as toolkits enable learners to build more meaningful personal interpretations and representations of the world.

According to Jonassen, learners and technologies should be “intellectual partners”, an intriguing concept in which the cognitive responsibilities for performing are distributed by the part of the partnership that performs it best. Let’s say you are studying the relationship between elevation and rainfall on the windward and leeward sides of mountains. Calculating how much rainfall occurs at different elevations and on the western versus the eastern sides of the mountains through overlay would be something you would let the GIS software do. But your final assessment that incorporates multimedia and a presentation relies more heavily on your own input and reflection—not something that the software can do. This is one of my favorite things about teaching and learning with GIS. The software is the enabler and the GIS user provides the solution.

How are you incorporating elements of Jonassen’s seven qualities in your own GIS-based instruction?