The last blog post with this title, part III, was published in June 2015. In it, David DiBiase, Director of Esri’s Education Outreach team, addressed the future of Esri’s MOOC program. I’m going to pick up where David left off.

The MOOC portfolio did grow, as David suggested it would. Still unsure what a MOOC is? At Esri, MOOCs are massive, open, online courses on GIS topics that:

By the time I joined the Education Outreach team in July 2016, Esri offered four different courses. David introduced the first two, Going Places with Spatial Analysis and The Location Advantage in the previous articles. Two others made their debut in 2016:  Do-It-Yourself Geo Apps and Earth Imagery at Work. Each of those courses brought new topics and teaching and learning techniques to our students.

Do-It-Yourself Geo Apps introduces Esri tools to build geospatially focused apps without coding. The MOOC was a departure from the first two courses in a number of ways. First, Do-It-Yourself Geo Apps is only four weeks long and all the content is available when the course opens. Second, the course offers guided exercises as did the first two course, but also encourages students to apply what they learned to a topic of interest in “Do-It-Yourself” exercises. Finally, students are encouraged to share their apps with one another and to provide helpful suggestions and feedback. The course continues to draw more than 10,000 registrations for each offering. Some of the most active participants have been high school students and staff at New York City Parks.

Earth Imagery at Work introduces students to the power of imagery in agriculture, utilities, disaster response and other disciplines. The exercises highlight imagery tools in ArcGIS Online and ArcGIS Pro. While we were excited to show off the imagery capabilities of ArcGIS Pro, we knew it added a layer of complexity for students. We were concerned that not all registrants would have access to computers that could run the software. Even if they could, they’d need to manage large downloads and navigate a named user license. We were very pleased that 70% of enrolled students successfully installed and gained hands-on experience with ArcGIS Pro that first time around. That percentage has remained steady in subsequent offerings. Many students worked with ArcGIS Pro for the first time during the initial offerings. 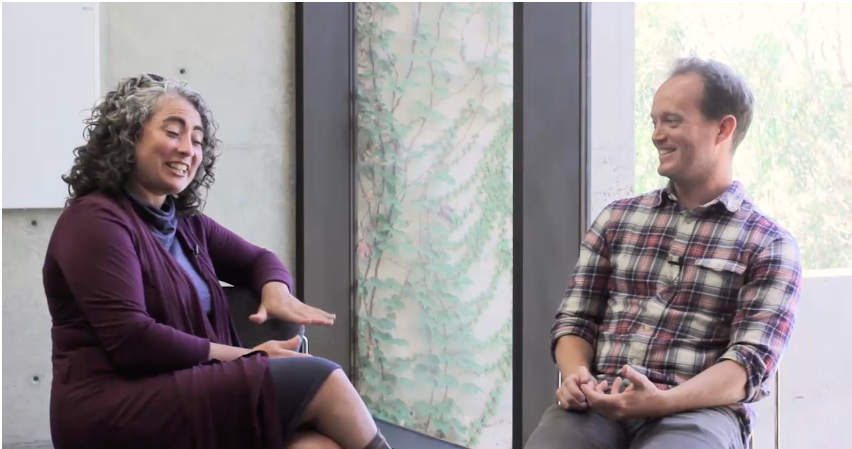 We added a new interactive elements to Earth Imagery at Work. Instead of lectures the instructor interviewed Esri staffers about how they use imagery. Further, we set aside an hour during the offering for an Ask Me Anything (AMA). During that time, Instructors and other guests are available, live, to answer student questions about anything! Participants type their questions and answers, so the event is easily accessible and completely self-documenting. You can see the topics covered in this AMA, hosted at GeoNet, from last October. Student feedback on the three AMAs held in recent courses has been very positive and we plan to offer them in all future MOOC offerings.

Cartography. Taps a Team of Mapmakers and the Creative Lab

As we launched Earth Imagery at Work we began exploring possible topics for the next MOOC. A few ideas came and went. One idea, a course on cartography, gained momentum. In time, key stakeholders were on board, and we started crafting exercises and videos. The Cartography. MOOC draws on the Do-It-Yourself Geo Apps idea of open ended exercises. It includes “stretch exercises” for those who want to see what they can do on their own. The course, unlike previous MOOCs, is team taught. Students will enjoy lively group discussions videos featuring five of Esri’s cartographers. 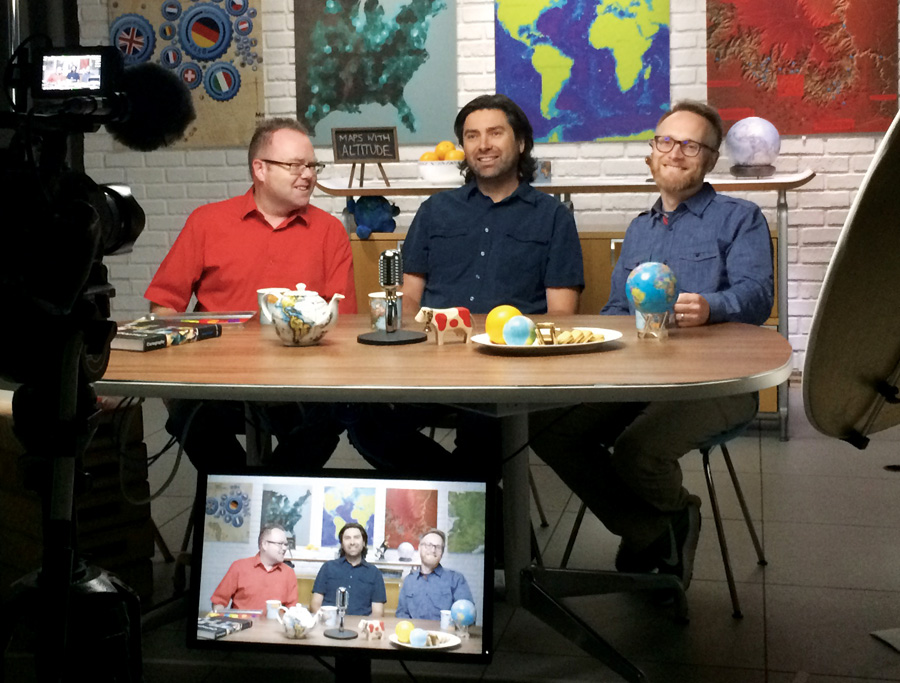 As David noted in previous parts of this series, the MOOC program relies on the support of teams and resources across Esri. As we nailed down the vision for the discussion videos for Cartography., we were lucky to have the enthusiastic support of Esri’s Creative Lab. The Lab is responsible for Esri’s graphics and video productions. The producers, directors and editors contributed their talents to make the videos professional, entertaining and informative.

With five MOOCs in our course catalog and more than 111,000 students enrolled, we took a hard look at the backend technology that powers our program. We’d partnered with a company called Udemy since the launch of the first Esri MOOC in 2014. Udemy provided our learning management system (LMS), which hosted the course content, kept track of student progress, and importantly, provided certificates of completion. As the number of courses and students increased, we were ready to explore a new delivery platform.

We turned to Esri’s Educational Services team and began imagining our dream LMS. We gathered input from students, instructors and other stakeholders to draft a specification. Programming began in 2017 and in February 2018 we offered Earth Imagery at Work directly from Esri’s training site.

Earth Imagery at Work was the first course to run on Esri’s own platform in Feb 2018.

Hosting the MOOCs ourselves has several benefits. First, MOOC registration follows the same procedures as all other Esri training offerings. Students log into the training site, select a course, register, and see the course on their schedule. When they complete the course, their certificate is added to their dashboard. (A note for students who took MOOCs between 2014 and 2017: We are working to add past MOOC certificates from Udemy courses to each student dashboard this year. Udemy certificates have been updated to Esri certificates as of July 30.) Second, as MOOC students get familiar with the training site, they’ll see other seminars, courses and workshops of interest. Finally, we are looking forward to enhancing the platform to encourage more social learning.

We regularly review each course to keep it up-to-date as technology and student interests change. In some cases, courses refresh to highlight new features and options. The Location Advantage, for example, was updated in 2017 to show off new features in Business Analyst Web App. In other cases, we find demand for a “Season 2.” In a TV show, a second season means all new stories. In the case of our flagship course, Going Places with Spatial Analysis, Season 2 will include all new content, new exercises and new technology. In its first season, the course introduced spatial analysis using the core analysis tools of ArcGIS Online. In Season 2, coming in November  February 2019, it will maintain a focus on spatial analysis but use the new workflows of Insights for ArcGIS.

We invite those new to Esri MOOCs, as well as our returning students, to learn with us throughout 2018 and beyond.

[If you are unfamiliar with the entire Esri MOOC story, please read the first, second and third parts of this series.] 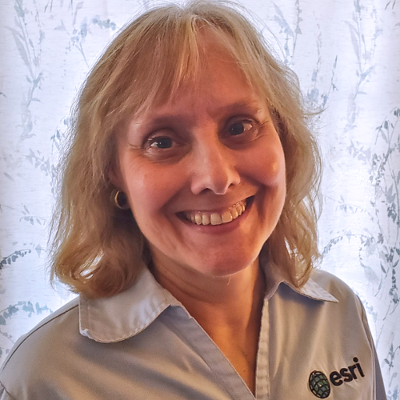 Congratulations and thanks to everyone involved in the Esri MOOCs program! I've just completed the Earth Imagery at Work course using the new MOOC platform inside Esri's Training site. The learning experience was very smooth, and a vast improvement from when I took the first Going Places with GIS in 2014!  Also, thanks for explaining the meaning of "Season 2" for The Location Advantage. I can't wait try out Insights within the guidance of the course!

Question: How will I know when my older MOOC certificates are available in my dashboard? Will I receive an email or Training Site message?

Congratulations on completing the course! And, thanks for helping us test the platform earlier this year. Input from our "pilot" identified some bugs and suggested some of the enhancements students took advantage of during Earth Imagery at Work over the past six weeks.

Those who regularly log in to their Esri training dashboard page will most likely see their older MOOC certificates of completion appear before any announcement. Once we have all the certificates migrated, we'll announce it on the MOOC groups here on GeoNet, on the MOOC LinkedIn groups, via a blog post here in the Education space and on other social media. As always, questions about MOOCs can be directed to us via the Have a Question? form on the training site.

Update: As of July 30, 2018 Udemy certificates have been transferred to MOOC student My Learning Activity pages.

About the Author
I'm on Esri's Learn ArcGIS Team.
Labels