Does what you did in 7th grade affect you today? To software developer Nate Ebel, that's a "no-brainer." In July of 2002, after 7th grade at Jenifer Junior High in Lewiston (Idaho), Ebel was at Esri's User Conference, with a classmate and their veteran teacher, Steve Branting. All year, they had looked at real world situations, including the history of their community. The class won an Esri competition for schools to map and analyze their community, earning a trip to San Diego, and the chance to present on stage to thousands of GIS professionals. 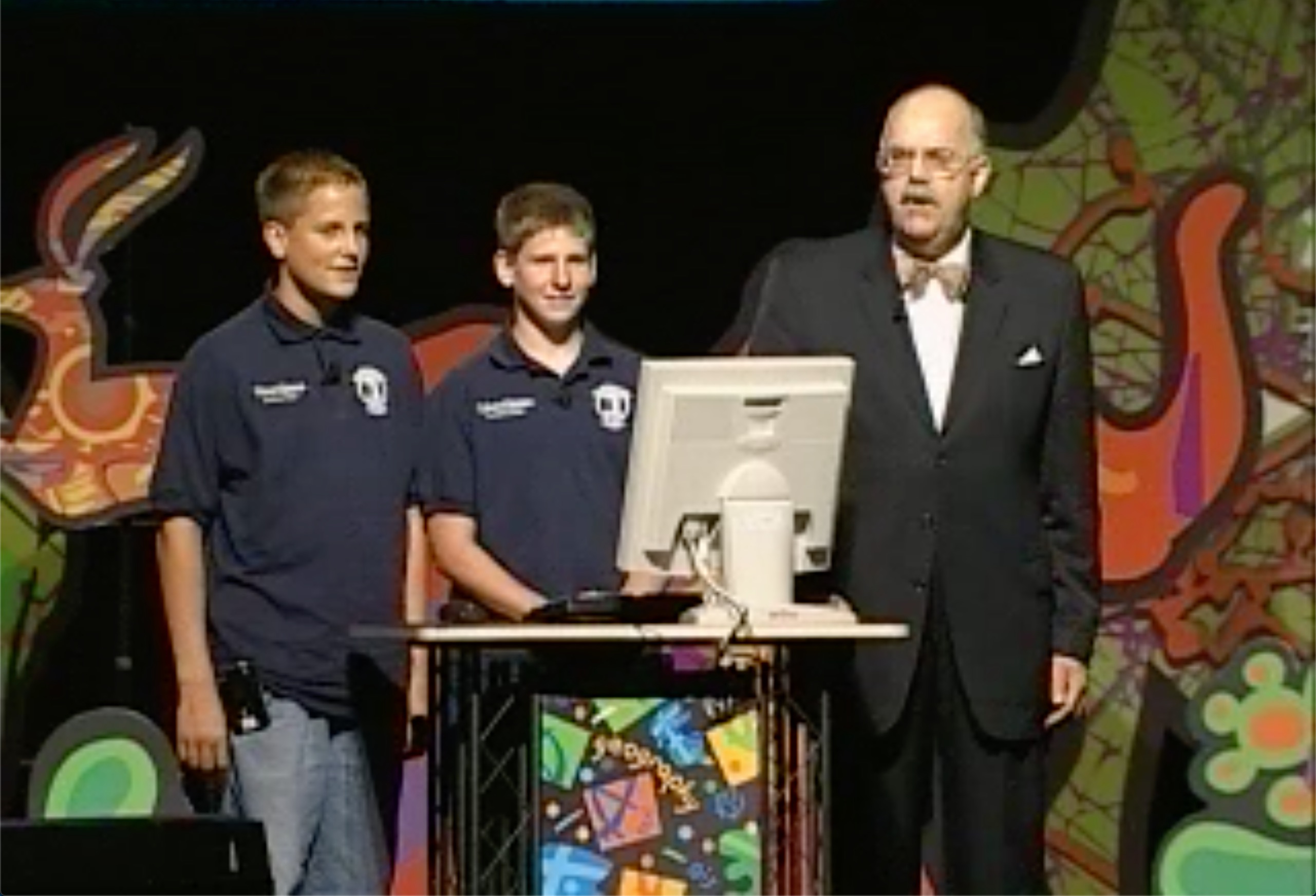 "We'd had a computer but I had never used it for more than a little typing and playing some games," said Ebel. "This was my first exposure to doing cool things, including GIS, on the computer. That sent me down the technologist path. I remember thinking I would be some kind of engineer, but didn't know what. From that work with Steve, I wanted to be technology focused, more GIS. Up until my senior year of college I planned to go fully into GIS, and was already in that role. In summer before junior year of college, I got a job as a GIS intern with Lewiston Public Works." It went well, so Ebel worked 10-20 hours per week during the school year and full-time in summer for two years.

Ebel was a geography major with GIS emphasis. He had tried but didn't like a general computer science and programming class. But he took a GIS programming class and realized "Here's how we can write code to make these GIS projects at work easier to solve. Solving real world problems clicked in a way the general CS instruction didn't. It was just like back in our original work with Steve." Applying these new skills, he showed up at work, two weeks into a GIS project that was expected to consume two people full-time for 6-9 months, and said "Hey, I think I've pretty much finished this project." It worked, saving a huge amount of time and money. "This is where I thought 'THIS is what I want to do now.' I was in school for two more years to get a masters in computer science, and then got a software developer internship at Esri in 2013. I spent the summer at Esri, finished up one last year of school, and worked for Esri again, for two and a half years on the Android development team."

Having started with GIS in 7th grade using ArcView 3, when Ebel began work at Esri he had already had ten years of GIS experience. "That really gave me a leg up. I had domain knowledge, and could contribute to discussions and decisions." Changes led Ebel beyond Esri to different companies. "I wanted to teach. I started doing some public speaking. I'm an engineer first, but went out of my way to host meetups, and help people learn to write Android apps. I really enjoy meeting people, sharing information, creating tutorials. Through all of this was the thread of GIS and computers." 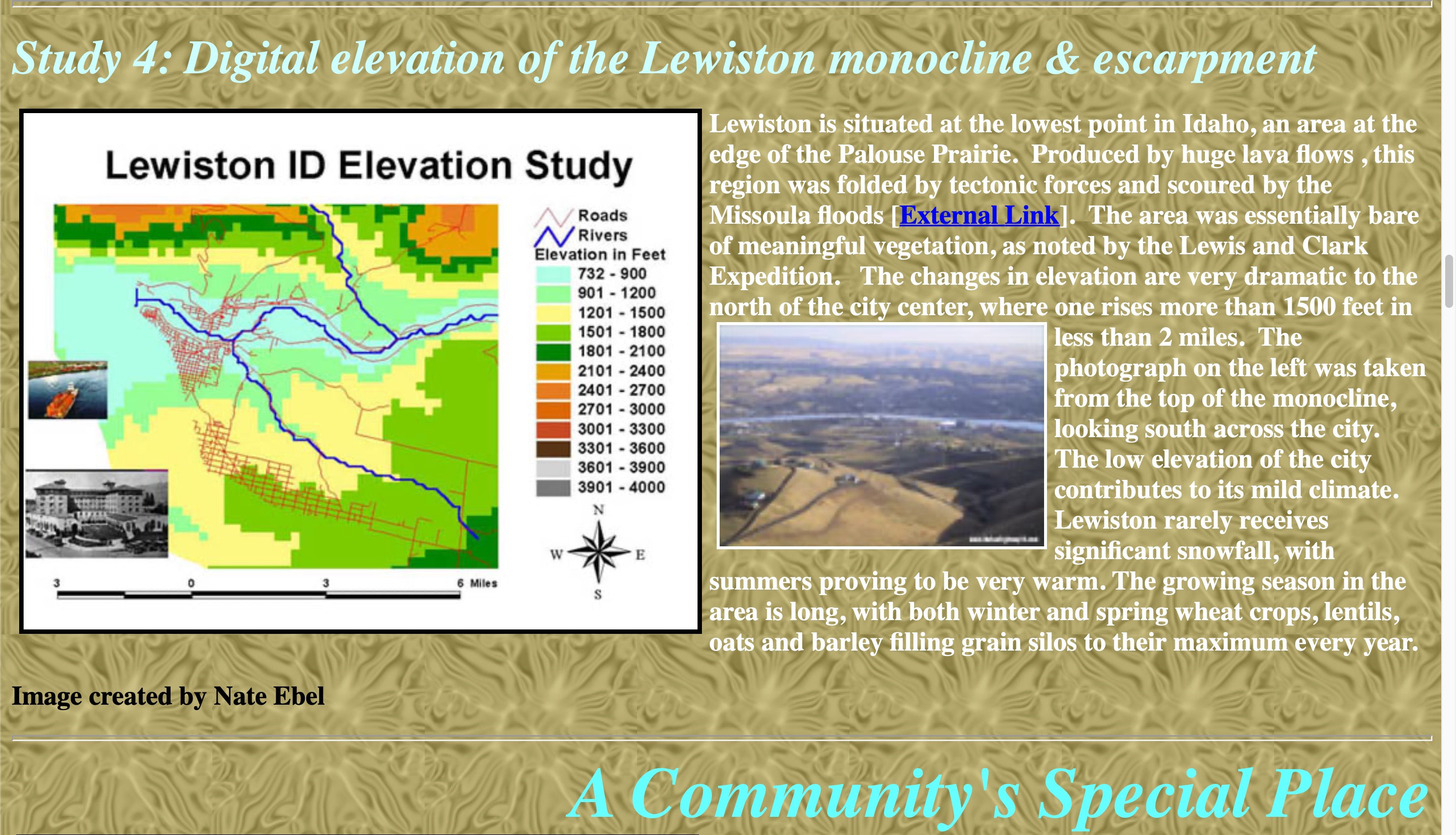 As we talked, we looked at the project from 2002. "There! That DEM [digital elevation model], that's mine. I still really enjoy DEMs; doing the map probably piqued my interest. And seeing the marker that the town put up in the park after our work was so formative. Out of the 7th grade activity came this bigger project with Steve that kept me interested and active; every year we would work with Steve, to follow up on this, do more research, then travel places to speak. There are so many different skill sets beyond just sitting down at the computer and processing data." 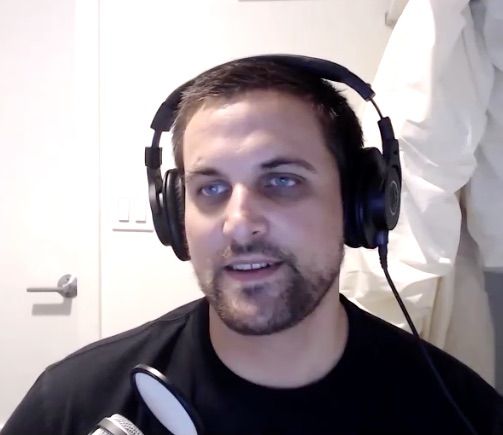 That 7th grade class was not a GIS class per se, but "something like 'Learn to solve problems.' He got us to look at a problem from different perspectives. He trained us to look at things from all these different angles, to make inferences, to use data. The whole first part of the course was training us to think about solving problems. When I talk with people today, one piece of advice I give is that tools and libraries are not as important as they seem. There's all this attention to inputs and outputs, but I try to teach people that how you think about the problem is much more relevant, and more challenging than being able to sit down and write the actual code. That's what Steve was doing with us."

For info on using GIS with K12 students, for free, even remotely, see Esri's program for schools.