I am seeing that the Attribute Table and the Attributes pane show GlobalID differently. One is all upper case and one is lower.

I would call it a bug.

ArcMap has them all capital letters in Attribute pane, Attribute Table, and Identify Table.

I would agree with you. 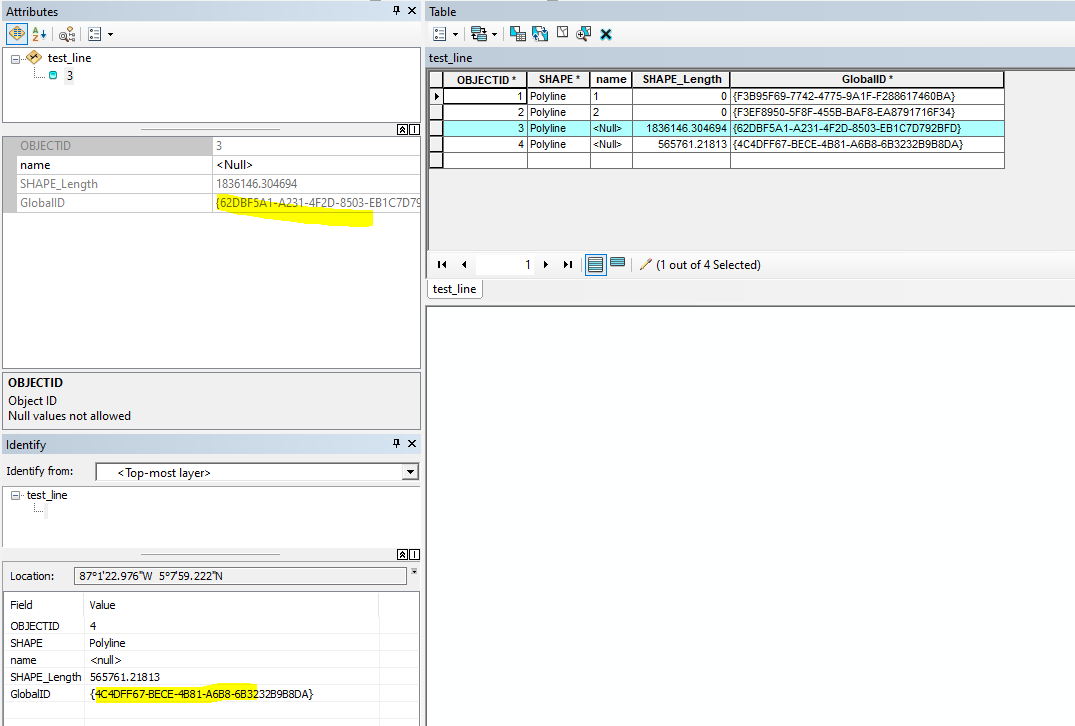 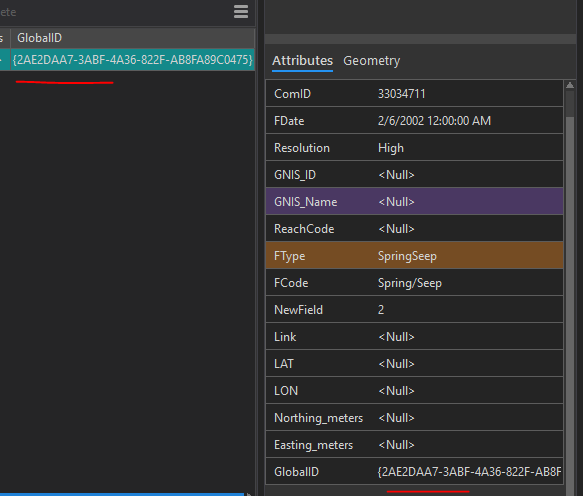 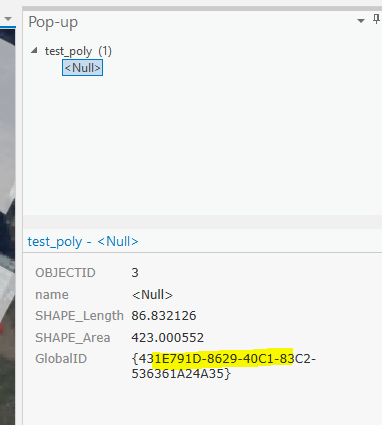 @GarrettSeay1 I think this is because your original table is uppercase.  Try a lowercase globalid and see if the popup turns it to caps.

I am not the only one seeing this still.

THIS IS A SERIOUS ISSUE THAT ESRI NEEDS TO ADDRESS ASAP!!!

I don't want to get into the details of my use case because it is a bit complicated and I can't yet share my code, but here is the basic pseudo-workflow in Python (Note: 'feature layer'=ArcGIS Online; 'feature class'=file GDB:

So, here are my questions...

At any rate, all of this seems like some major design flaws that need to be fixed or tightened up. If Esri is going to tell us to use the GlobalID-to-GUID relationship key structure, these field-types and value-types need to be very strict. I thought they were...clearly I am WRONG!

Sorry for the rant, but this could derail a major project I have been working on for some time and this may require that I go all the way back to my GDB schema design and rework all of my Python code, and I do not want to do that.

EDIT: So, a workaround I discovered (that will NOT require me to go back to square one!) is to calculate the GUID field in the polygon AGO feature layer so that the values are lowercase (e.g. !GUID_Field!.lower()). While this will work, I still stand by my comments above, and I would hope that any programmer would agree that this is a flaw and that this extra step is asinine.

EDIT: Now the Append tool is refusing to append the GlobalID to the GUID field so the relationship can be made. This has really turned into a massive CF (sorry for the foul reference, but there is no other better descriptor...). Esri, any feedback here?? Please?

Actual video of it happening @James_Whitacre .  These came from 123, where some but not all forms store as lower.  I cannot even figure out which one is "correct".  I posted to 123 and they do not think it is an issue but it for sure is.  thanks  https://community.esri.com/t5/arcgis-survey123-questions/globalid-in-lowercase-from-collector-to-sur...

Ok this one is getting me in the web map now.

It shows globalid as lower case in the attribute table but when I run a simple calc to put it into the FormID field it suddenly goes upper case! 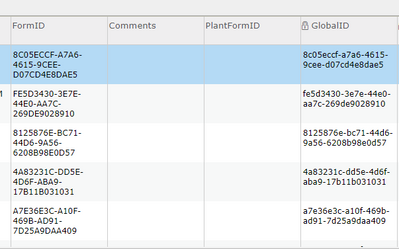 Now the super fantastic part is relationship classes see the uppercase and lowercase as different so it breaks all the relates!

At this point how are we supposed to program around all of this?  I know this is not really Pro at this point but these kinds of inconsistencies is a killer.  I am still not sure which is correct?  What is the Esri standard?

Looking at this in Pro 2.8 I am still seeing the popup be different.  Have the others that posted tested opening up a Web map in Pro.  That is where I see this.  When I open I GDB they are both caps.

Can we please hear from anyone?

Am finding that both Field Maps are 123 are doing lowercase but AGOL does upper.