I am having a confusing time trying to understand why my symbology in legend and ToC do not match. ToC has 1 subtype dashed, and rest solid; legend will display symbology as dashed or soild, and of different size. The symbology in legend changes each time an action is done by mouse to the project. It should be noted that I am leveraging attribute property connections. 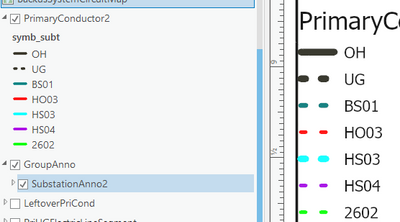 I don't have permissions to do that. However, it does stem from attribute property connections where dash type is set to '1 0 ' but properties mapped to expression in field.

2.7. And to confirm, I downloaded the patch with same results.

Current work around is having layer dedicated to legend

Can you contact Esri Support? They are better equipped to handle troubleshooting steps and gather bug data. They can be contacted at https://support.esri.com/en/contact-tech-support.

I don't have permissions to do that. However, it does stem from attribute property connections where dash type is set to '1 0 ' but properties mapped to expression in field.

Thanks for the screenshot and bringing this issue to our attention!  I'm able to reproduce this and will enter an internal bug and hopefully we can address this with the next release (2.8).

The issue described in this thread, as understand it, is not BUG-000131848, but specific to attribute driven symbology. We have discovered an issue where the legend displays the symbol in an inconsistent manner and have addressed this for the next release (2.9). Here is the bug number for future reference: BUG-000141908.

For example, in the map below the line layer is broken into 2 classes: RED and BLUE. The dash pattern is driven by values of an attribute (“symbol”). This value can vary feature by feature within the same class. You can see the different dash patterns in the line feature for each class in the map below.

The legend is not currently designed to display all variations of the dash pattern. Instead, when there are attribute driven overrides for the symbol, the legend displays the base symbol as you can also see in the screenshot below. 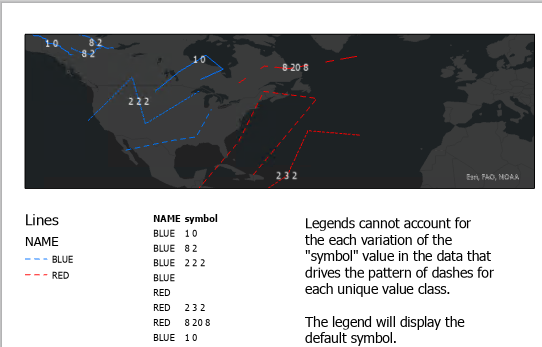 Here how the symbology is set for the layer. 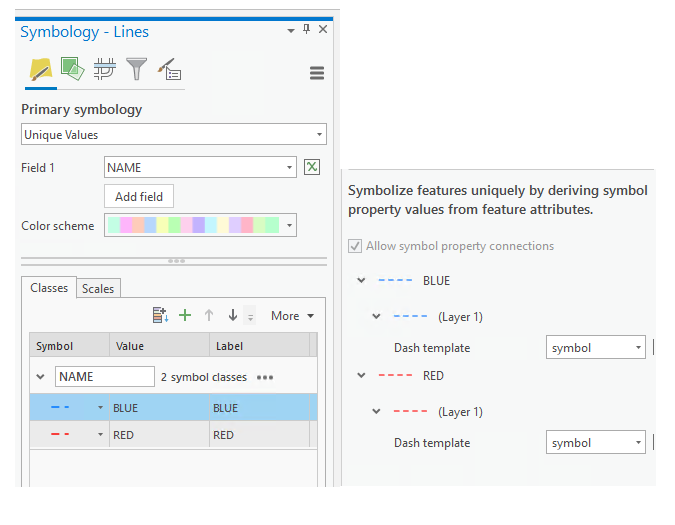