Despite the fact that the ArcGIS Server is working fine, it fails to show the map services when i try to view/consume it.

For example, I tried to publish map service “parcel_02” & when I try to consume this service it fails to appear. Attached 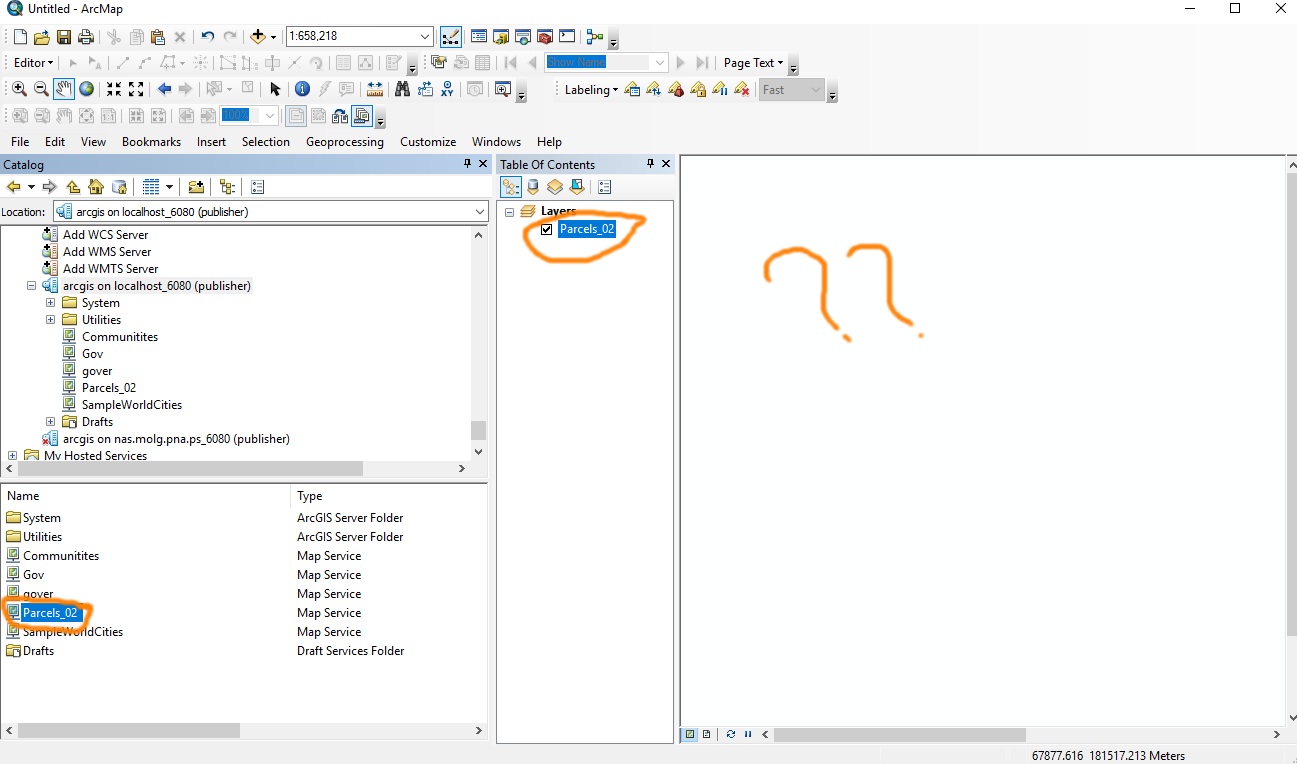 Are you able to see the content of the map service (list of layers and other details) when you navigate through the REST URL (in browser)?

Thank you for reply Jayanta,

actually no I can’t, it’s look like that I’m publish an empty service while in the real I’m not.

Does this issue happen frequently or with multiple map services?

Is it possible that you are zoomed way out when looking at that service.

Thanks for reply Neil,

The issue is not related to the map scale, because it has the same behavior when I click on zoom to layer "nothing change".

Thanks Juan for your reply,

Actually, my ArcGIS server account has a full permission.

in my case when I published a map service, the services work fine at the beginning.

After that the ArcGIS server suddenly fails to show the map service and their layers.

I agree with Neil that it appears to be scale related.  If it appears readable at 1:3k, when at 1:657k+ it's not going to be usable anyway, so maybe

2) you have it as a scale factor but not cached at the scale and on-demand turned off.  OR

3) the source Layer in the mxd used to created the service is using scale depend drawing and has that Layer turned off at that scale.  Again, the display at the 1:657k scale would be so dense it would be useful, so typically you would turn that off at that scale in the source mxd feeding the service, and/or use something like symbol representation to simplify the lines as you zoom out, maybe simplified to display neighborhoods boundaries v's plots....city boundaries v's neighborhoods, etc. as you zoom out.  Drawing would be faster and more useful at those scales.

I got the issue at my machine as well. The arcgis server manages to successfully publish an mxd file, however, dragging\dropping the output service into the arcmap shows nothing (no scales are set here, so the issue is not related to scales dependency). Also, nothing appears as the service is displayed with ArcGIS JavaScript.

What could be the issue? has anyone experienced this very frustrating issue?