Is it possible to render mapbox vector tiles (pbf) in Arcgis Javascript API 4.11

This has been a question asked for the last two years without any updates. I just want to check in to see if there has been any changes regarding adding Mapbox vector tiles as a VectorTileLayer in Arcgis Javascript 4.x. If so, is there a code example we can follow?

I'd like to know this as well, but for the ArcGIS API 3.x

Is the VectorTileLayer only accepting OSM pbf format?

I would assume the answer is yes considering I am successfully rendering custom vector tiles in AGOL. The trick is to use the Esri VectorTileService json style schema to reference the tiles. If anyone is interested I can explain more.

Yeah I did it too a few weeks ago, in ArcGIS 3.29, using custom tiles generated using ST_asMVT in postgis. The only thing I couldn't do is display labels from attributes included in the tiles. I could be wrong, but I suspect the ArcGIS API fetches the required JavaScript code to render labels from the ArcGIS Enterprise server, using web workers. Which would explain why they say ArcGIS Enterprise is mandatory to use VectorTileLayer. I was able to replicate the json files for the service metadata and style, but not this.

Malcolm Meyer‌ - I am looking at ways to pull in vector tiles that are not from ESRI vector tile service, but generated using Tippecanoe and hosted on Azure. Would you have some guidance or an example style file to share?

Briefly, you need to have three endpoints

Good luck! Report back with your results if you get it to work.

I have documented the process to consume Mapbox tiles generated with tippecanoe in the ESRI JavaScript API 4.x  - Vector Tiles on Google Cloud Storage: Web Clients. I pieced together bits from this thread and my own investigation. Thanks to all contributors on this thread. 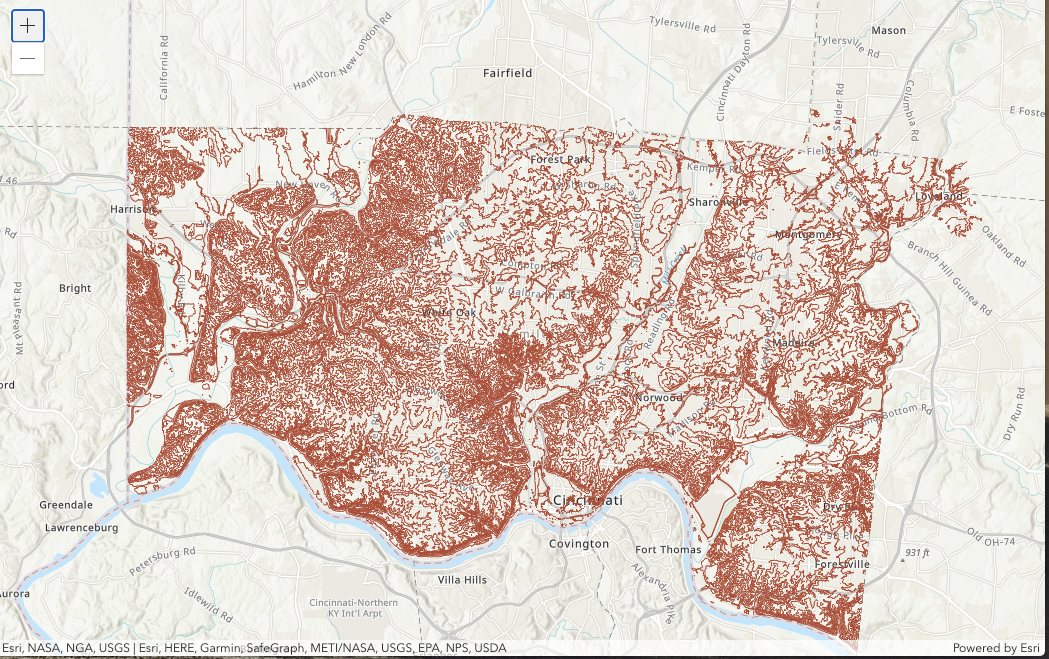 I was not able to successfully configure a labeling layer for the contour line elevations. I tried following VectorTileLayer from JSON, which provides an example of labeling the continents, but was unsuccessful. The labels did not appear and worse, the layer from which the labels originated became hidden with it.

OpenLayers, on the other hand, supports labeling from the same vector tiles as well as simple identify based on mouse hover - Fairfield County Ohio contours on OpenLayers. 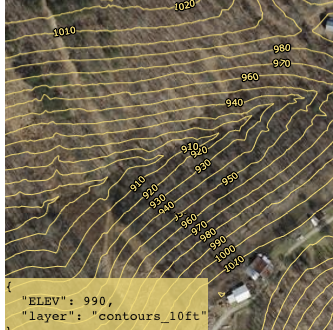 If anyone has additional leads on labeling (symbol type layer) or support for simple identify/popup, please share.