In https://community.esri.com/ideas/14932-support-pro-python-window-options, Dan Patterson‌ mentions the 'Jupyter QTConsole' which 'can be installed and used from the Pro distribution.'

Dan - can you elaborate a little bit?  I just installed/upgraded to 2.4 and laughed when I saw the same old python window.  None the less, I added the jupyter package to my clone, and then following

I ran conda install qtconsole from a python command window in my env-clone directory.  It returned 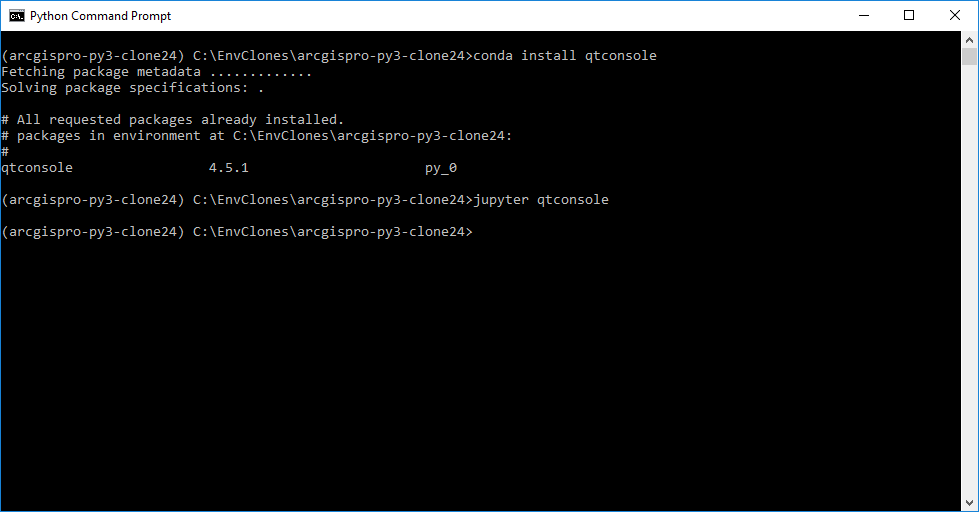 and if you don't want to use Spyder as the default python editor in pro,

just change the references to spyder to those of qt console. 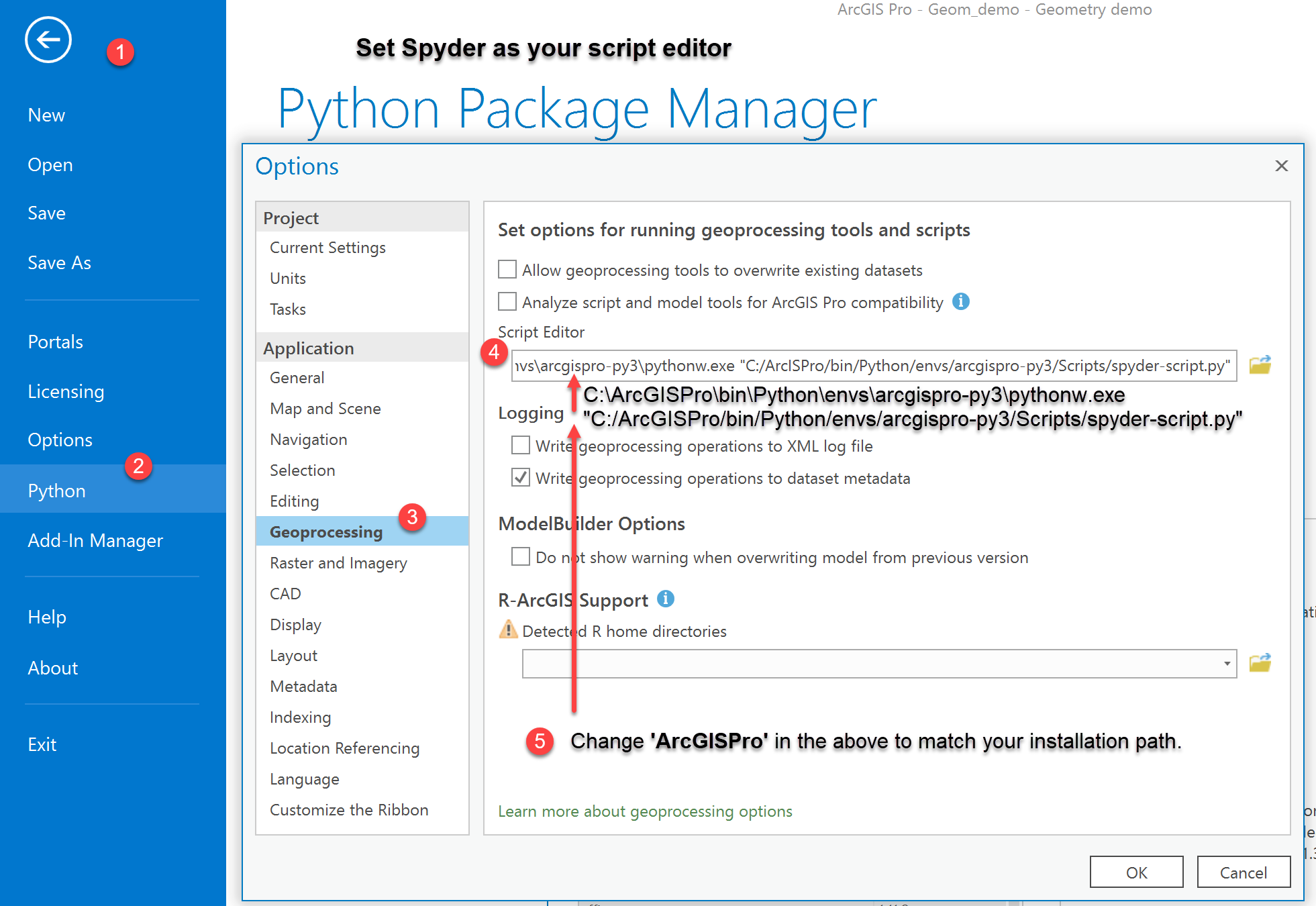 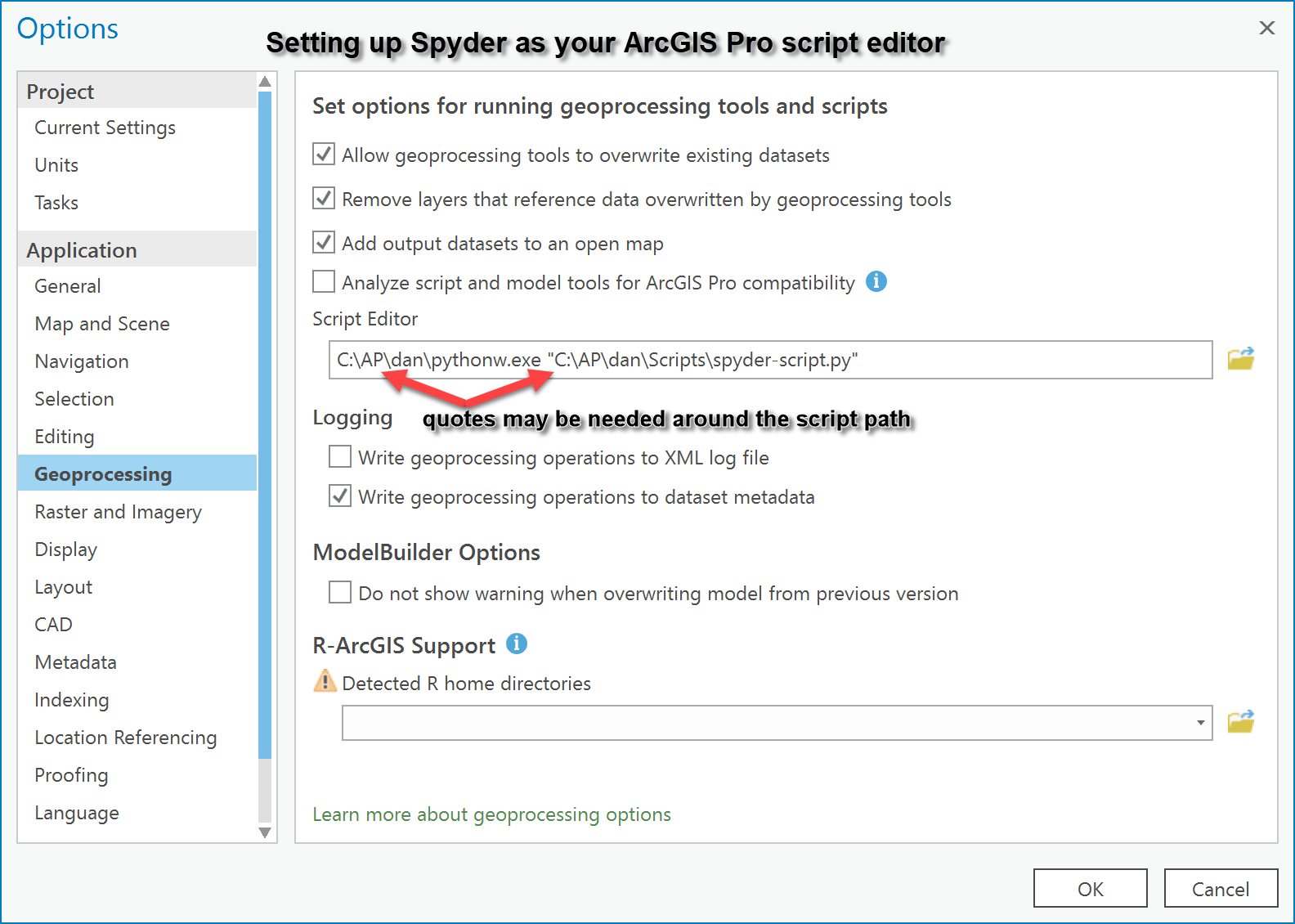 You don't need to install Jupyter any longer, it is installed by default in the base Python distribution with Pro.  Just type "jupyter" in your Start Menu window and you should see a shortcut link for launching Jupyter that is bundled with Pro. 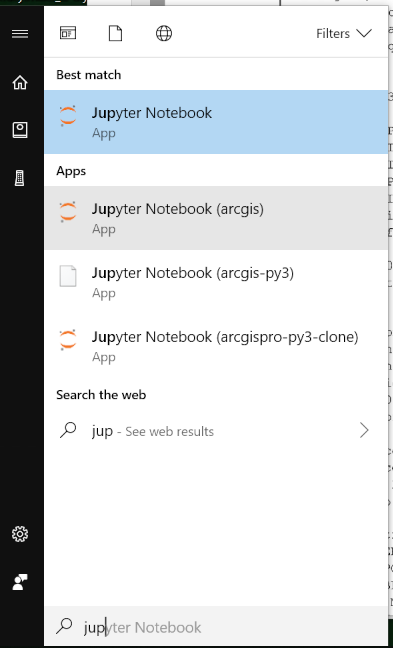 That executes the web app.  Dan is saying the qt console can be  used instead of the Pro python command window....

Ah, my bad, I read your question too quickly.

Just navigate to the target script in your path make the shortcut.

Of course things are much easier if in the base environment, but check to see that the target python.exe is the correct one.

and if you don't want to use Spyder as the default python editor in pro,

just change the references to spyder to those of qt console.

Another reason clones are just that...

I really hope you dont mean that 'fake' python window that you launch from the python button in ArcGIS PRO???!!!, nothing can fix that, although on one thread someone from esri suggested that maybe they could replace it with something more akin to what one might expect from a python ide.

I just stick with Spyder for script editing and project management and tool development.

I use QT and pythonwin to run extra stuff on the side, like getting a list of featureclasses in a gdb.  You can even use jupyter notebook and/or jupyterlab if you want a quick 'map' -ish of some data and don't feel like cranking up the big A

Here's what I pasted in the Geoprocessing window:

Check to see if that fixes things