My confusion is trying to understand the organization of the data to use in other applications. For example, for larger count values I can easily say something like "20,000 pixels are viewable by x number of sites" since there is only one row. But if I want to say the same thing for 1 site, I have several options. I find this is a challenge also in talking about any cumulative frequencies

Just as a follow up, would I just add all the count cells that have the same value? 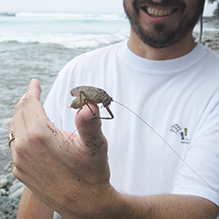 which specific viewshed tool are you referring to? (viewshed, visibility, observer points, viewshed 2 - aka geodesic viewshed?)

Please include some screenshots of inputs and outputs, including the attribute tables you're referring to.

Also, which version of esri software are you using?

Thanks for the input. I recently shifted the way I decided to do this, though this issue was never really resolved. I basically made a cumulative viewshed using a distribution of known point locations. I wanted to compare these with a more general viewshed, or a total viewshed. I did this by generating random points throughout and making a viewshed from that. The goal was then to compare the two to see the viewshed for known sites was better (or at least statistically different) than the general "background one." I still think this is a valid approach, with some recognition of assumptions and bias. This is where I was having issue, with the total viewshed from 1000 points.

But in reviewing this and comparable methods, I realized that this is not typically what is done. Most folks will create a broad cumulative viewshed using all known locations and from that VS examine the visibility of sample points against that background. The cumulative viewshed I generated, however, was based only on 10 locations and those were also the only sample I needed. So what I did was use the total viewshed based on 1000 points and then use those data to compare the visibility of the known vs the visibility of a set of fewer random points, 500. I basically extracted the raster data at the point locations for each sample and I did a K-S two sample test on their cumulative distributions.

Nevertheless, I do think that the first approach is valid, comparing a regional (cumulative vs) from known sites with a regional (total) VS made from a ton of randomly distributed sites. It's a different approach, but I think in this case the data I would be comparing would not be the values, which represent visible observer locations, but rather the distribution of visible pixels between them. I think I would have to standardize the raster data since one was generated by 10 points and another by 1000, though I am somewhat confused on this (i.e., do I just divide the count column by 10 in one case and by 1000 in another).

Anyway, to get to your specific questions, I used both the viewshed (not viewshed 2) tool and the visibility tool, which produced the same results for both. I also generated one by creating separate viewsheds for each known site and adding them together in the raster calculator, but that alos produced the same result (I can't easily and efficiently do that with 1000 points, however). I did use the observer tool for a separate examination of the 10 known sites, but there's a limit of 16 input points so I can't do that for the random points. Nevertheless, I am not using that for this issue.

I attached two images of the viewshed rasters. The **bleep** one is from the 10 known points, and the Total one was generated from 1000 random points. I also included screenshots of the attribute tables. Ignore anything other than the value and count columns. The other columns was where I was playing around with standardizing data. In the total attribute screen shot you can see the issue I first described.

I see that there are multiple rows with the same count but different numbers of observer points in the value column.

Is it the goal of your analysis to identify 10 highly visible sites?