Take a look at the address data management solution.  It has an attribute rule that fires when a point is dropped on a road and creates a second point in another related feature class.

@JoeBorgione  Thank you for the information. I don't think it is working. I tried to test it on my end. I entered data on ADDRESS_EDIT_TEST. so it is supposed to show up on other feature class (PaGIS_TEST). I added attribute rule on PaGIS_TEST feature class. Please advise. 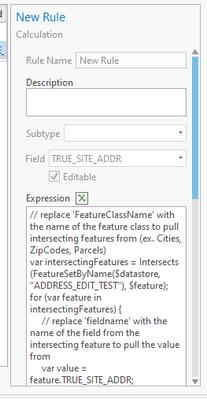 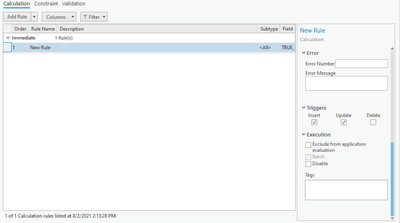 I don't know what rule you are looking at but it's the #2 rule in the Address point feature class called Create Site Address Points.  It's a very complex rule and you'll need to have a relationship class between the two feature classes.  The original address point is dropped along a street centerline and grabs street attributes as well as interpolating an address and assigns all that to a new Site Address Point.  I don't know what kind of features your are creating or what attributes you need assigned to the secondary feature.

@JoeBorgione  I checked on my end and contacted esri staff team from solutions. Unforentunely, it doesn't work without one the polygon. Both feature classes I have are points. This is useless.