Intersect has a bigger area as result?

Doing a simple intersect of two features results in an area larger than possible. Check geometrie has no overlapping features.

How can that be?

do you have an image to show what you mean?

No bother then...just interested in seeing the arrangement of the polygons which may have an impact on the results.

Have you looked at your output of the intersect?

Do both inputs have a common coord sys.

Are the smaller polygons well formed, properly closed and so forth. Are there any errant polys that are hard to notice.

Check the number of records both sides.

I have looked at the output and made a dissolve, same area result.

Checked both input geometries for errors :)

As u see in the image, there are areas with no data in the landuse shape. I would suppose that the area of the intersect has to be smaller. But it's nevertheless large than the area of input .... 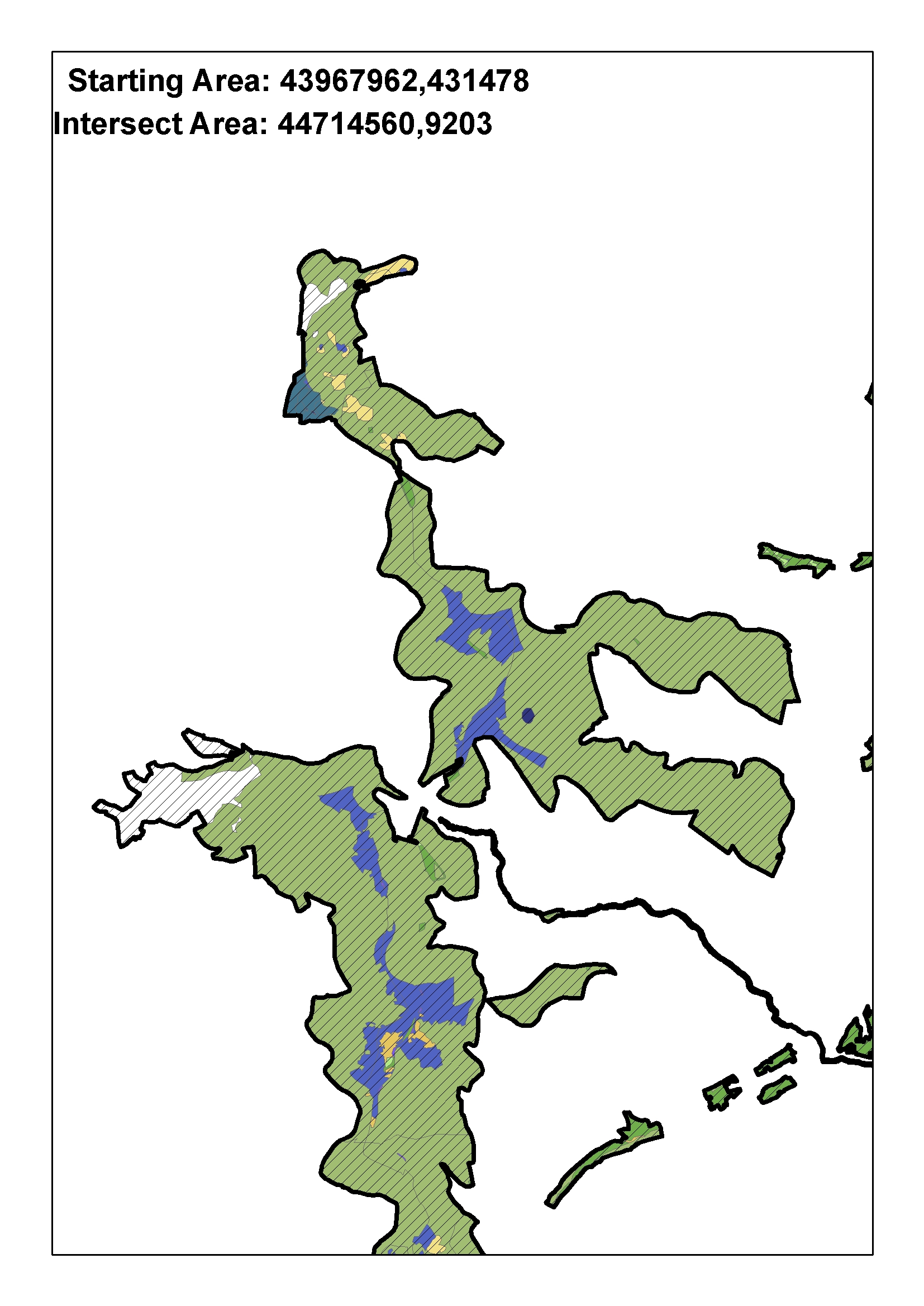 not sure what the colours are, but how were areas calculated in the first place? was the comparison to previously calculated areas? updates to a shape_area field if using a geodatabase?

Colored is the resulting intersect feature classified with landuse classes.Black colored the protection areas, which are a shapefile, area calculated in attribute table - calculate Geometrie (Starting area). Intersect area is the area of the intersect which is stored in a .mdb (personal gdb)?

I assume the original Area is taken from the layer that had the clipping boundary before the intersect.  Was there a single polygon for each physically separate area in that layer?

Are you absolutely positive that there are no sliver polygons in the output due to imprecise topology?  Anywhere sliver polygons occur they would double the area calculated within them.

Try a complete Dissolve of the intersected features with no attributes to create a single output polygon.  If the area of that dissolved shape is significantly larger than the original then something changed the projection or the original shape.  If it is nearly the same then the difference is due to sliver polygons.  Do not expect an exact match in the before and after area numbers if you do the dissolve, because each geopricessing operation (intersect and dissolve) results in slight alterations to the shape geometry within your tolerance and resolution settings.