I am trying to make heat maps of where values are concentrated in space from a combination of survey and interview data we conducted of community members using the Count Overlapping Tool. A colleague of mine made some heat maps without additional categories we later identified in the survey data, and they look like this: 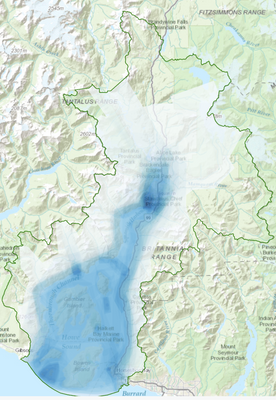 (Furthermore having lived in the area, we both concluded that this map accurately reflect the places)

I then re-made the heatmaps to include these updated categories with the Count Overlapping Tool. However the output is showing areas that don't reflect the survey/interview data with approximately ~70 polygons overlapping one another (I have circled them in the screenshot below). 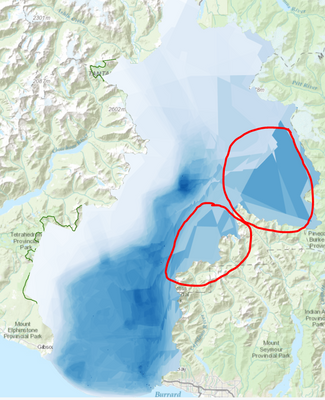 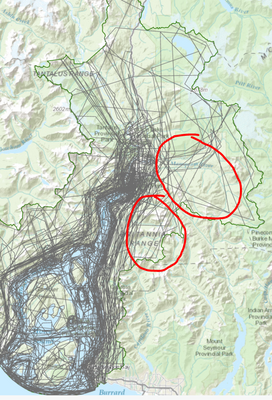 The center where so many polygons are concentrated/overlapping that you can really only see lines are showing about 139 polygons overlapping (which makes sense). 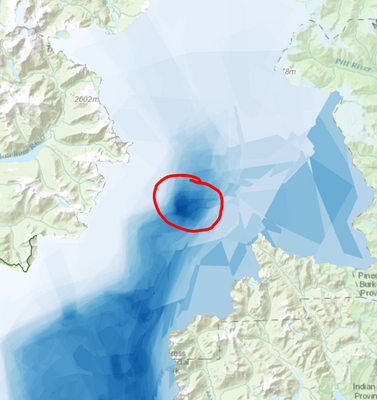 I am wondering if there is another processing step required to ensure polygons aren't double counted? I have tried also running the Multipart to Singlepart followed by a Spatial Join and getting the same output.

Without access to the data we can only speculate. My first thoughts is that you have multi-part  geometries which you need to explode into single parts. If your underlying data is is in WGS84 you might be having issues with the precision of the data and your chosen spatial join search distance?