I think I have come up with a possible and acceptable workaround, and I call it a workaround because I'm still not sure if this might be a tool bug or not. I find it peculiar that the output variable of the Export Mosiac Dataset Items tool can not be directly linked as input into another tool or used as a precondition. The workaround uses instead one of the input variables, which isn't very logical to me considering how other tools are chained together using the commonly known chaining logic as seen below but who knows, maybe this is different for some reason I do not have information about.

The workaround (and as I say maybe this is just how it's meant to be done) can bee seen in the picture below and uses an iterative sub-model (Iterate Project Raster) to go through the exported rasters and project them. The input variable for that model (called Workspace) I set equal to the Input Folder variable by using inline variable substitution (like so %Input Folder%). 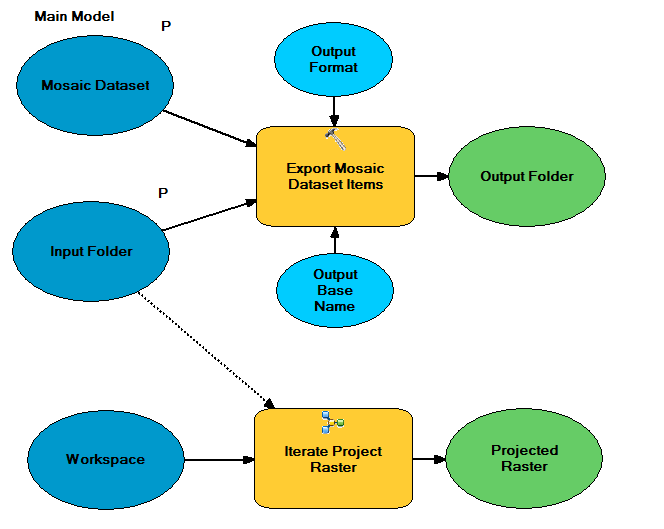 I will be marking this post as assumed answered but the question still remains if the Export Mosaic dataset Items's Output Folder variable is "behaving/returning" correctly or not.

I think I have discovered a bug with the Export Mosaic Dataset Items tool which makes it useless when included in Model Builder models/workflows. The issue is that the output variable "Output Folder", which is suppose to be derived from the input variable with the same name "Output Folder", does not get populated and therefore any tool (preconditioned or not) that is suppose to run after in the model chain does not execute. For example a simple model diagram I setup in Model Builder to show a process of exporting Mosaic dataset items to a folder and then iterating over the exported rasters in the output folder to reproject them (see image below). 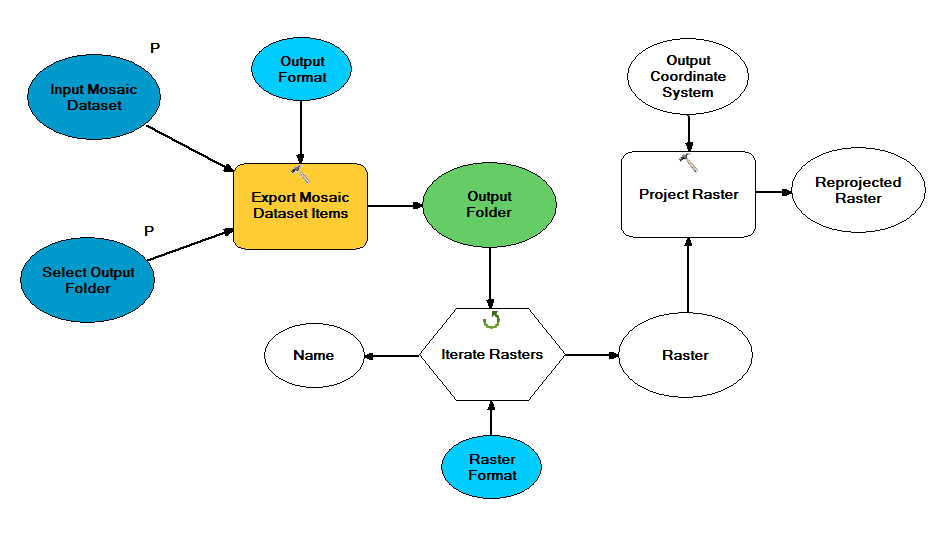 As you can see, even with all the variables for the Export mosaic Dataset Items tool set and ready to run (colored) the iterator and the project Raster tool do not get fed the necessary output folder variable. It just remains undefined/blank (or false in case of preconditioning) and you can do nothing to set it manually because it is set to "Derived" from the tool input parameters. For comparison I made a model that does the same thing except without the Export Mosaic Dataset Items tool and that looks all ready and good to go (see image below).

So I am inclined to say that this is a big fat bug or is there something with the Export Mosaic Dataset Items tool that I'm missing? Comments from ESRI staff/developers would be greatly appreciated on the matter.

Message was edited by: Bogi Bjornsson