In the past I've exported ArcGIS database tables to .dbf format and then open them in Excel, save them as a .xls and send the 'data' to a non-gis user.

But in windows 10, how does one open a .dbf table?  I don't see .dbf  listed in the set associations window.... 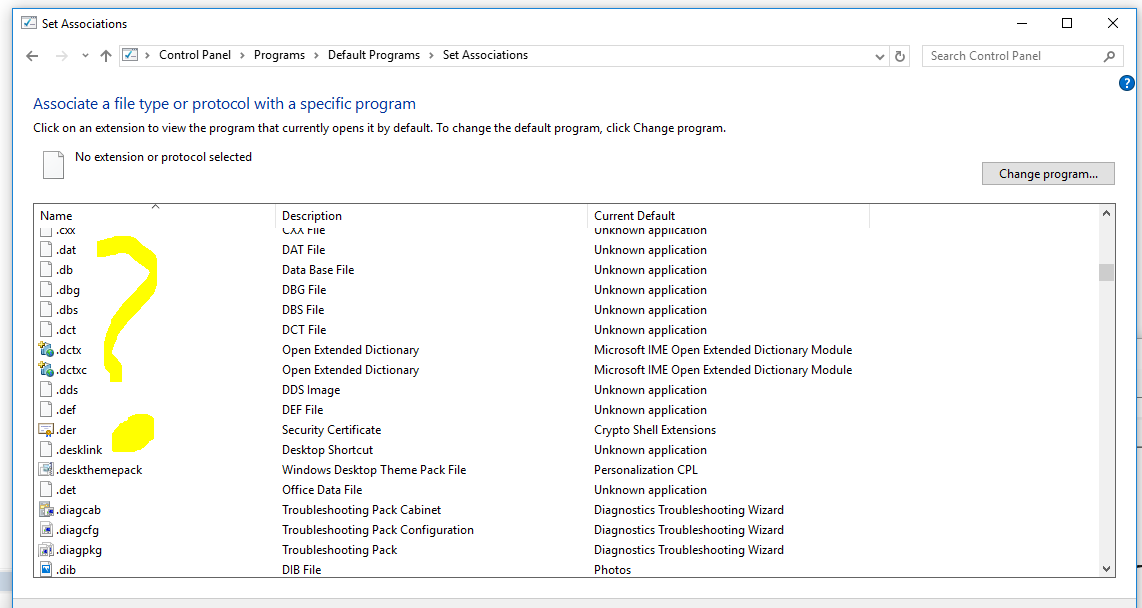 you can navigate to the folder where excel is installed and select it, or try to open excel, then select the file.  If you can open it once, then 10 seems to remember what you used to open it last time.

Are you able to Right-Click *.dbf > Open With > Microsoft Excel?

I think once you do it, .dbf would become available in Set Association extension list.

I right click; open with gives a lame list of apps, (adobe.  huh?) and directs me to the ms app store....

you can navigate to the folder where excel is installed and select it, or try to open excel, then select the file.  If you can open it once, then 10 seems to remember what you used to open it last time. 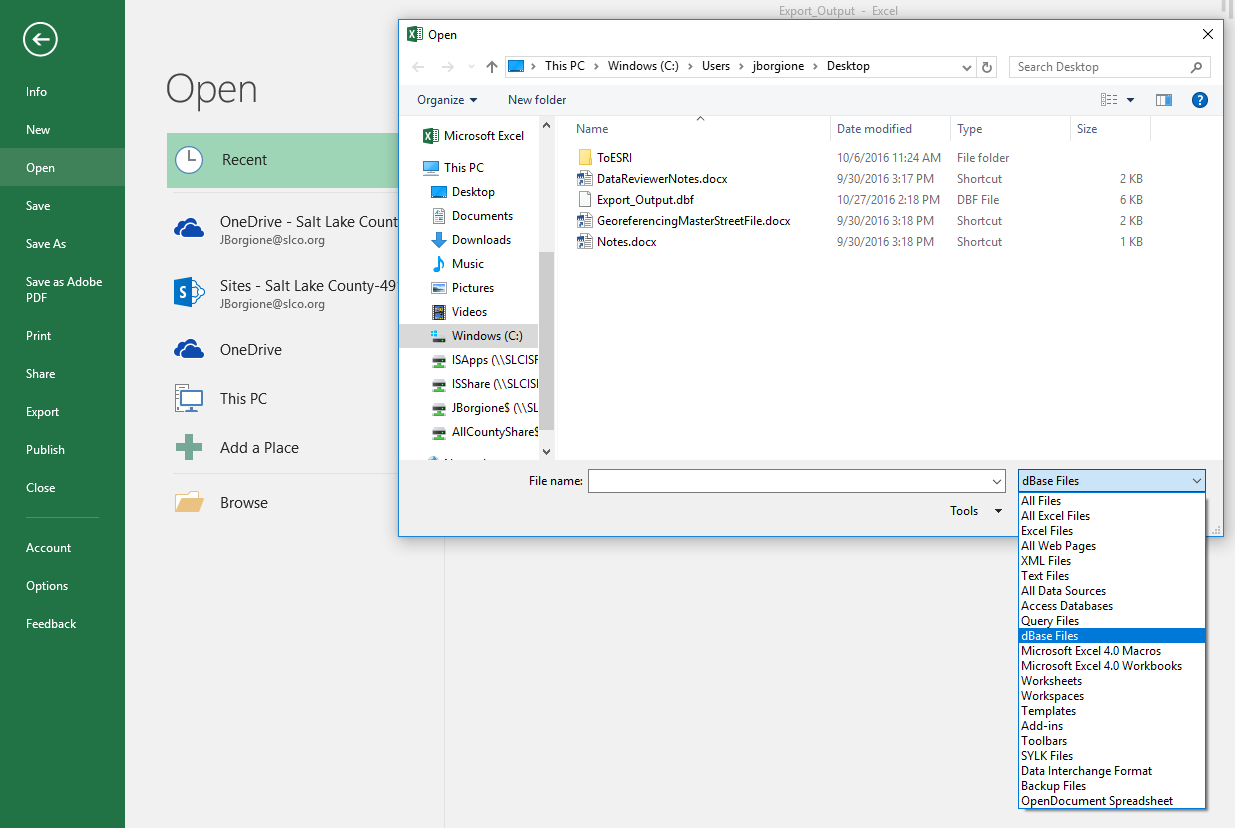 I had the same thing a few months ago. What I did was to google it and found this. This is for Windows 7 but you should be able to find it for Windows 10.

the problem is, the optional programs that could open it aren't listed sometimes, and one has to know where the *.exe is located.  So... if you open a file using a specific program, then windows 10 puts it in the list of files that have opened it in the past, and as any good servant, offers it up next time as one that has been used in the past.

That is what I did and it worked.

Yes... the first time I tried to load a *.dbf, it wasn't even listed in the file extensions list as in Joe's picture.  I followed my suggestion rather than wade through the windows 7 stuff.

This process has worked in all previous incarnations of windows that I think of.  It is a useful idea, should you wish to create your own file extension and have it loaded by a particular program.

Effectively, you would be the only one that could load it easily since the extension wouldn't appear on another person's machine as being able to be opened by anything.  Very effective for binary files... providing an extra level of security to slow down the 12 year old for an hour or so.