I am working with netCDF files from NARR. When I export the file into ARCMAP the projection is unknown.  The projection of the original file should be WGS_1984_ Lambert_Conformal_Conic. I fixed the projection so many times but it gives me a check-mark indicating that it's fixed but remains unknown when I click the properties. Please let me know  what can be done to fix the projection.  I tried fixing it in the catalog but no luck.

I have attached the sample file from NARR.

Your help is appreciated!

It works in ArcGIS Pro, just used X, Y for the X and Y dimensions and shftl as the variable.  The coordinate system is as noted in the image 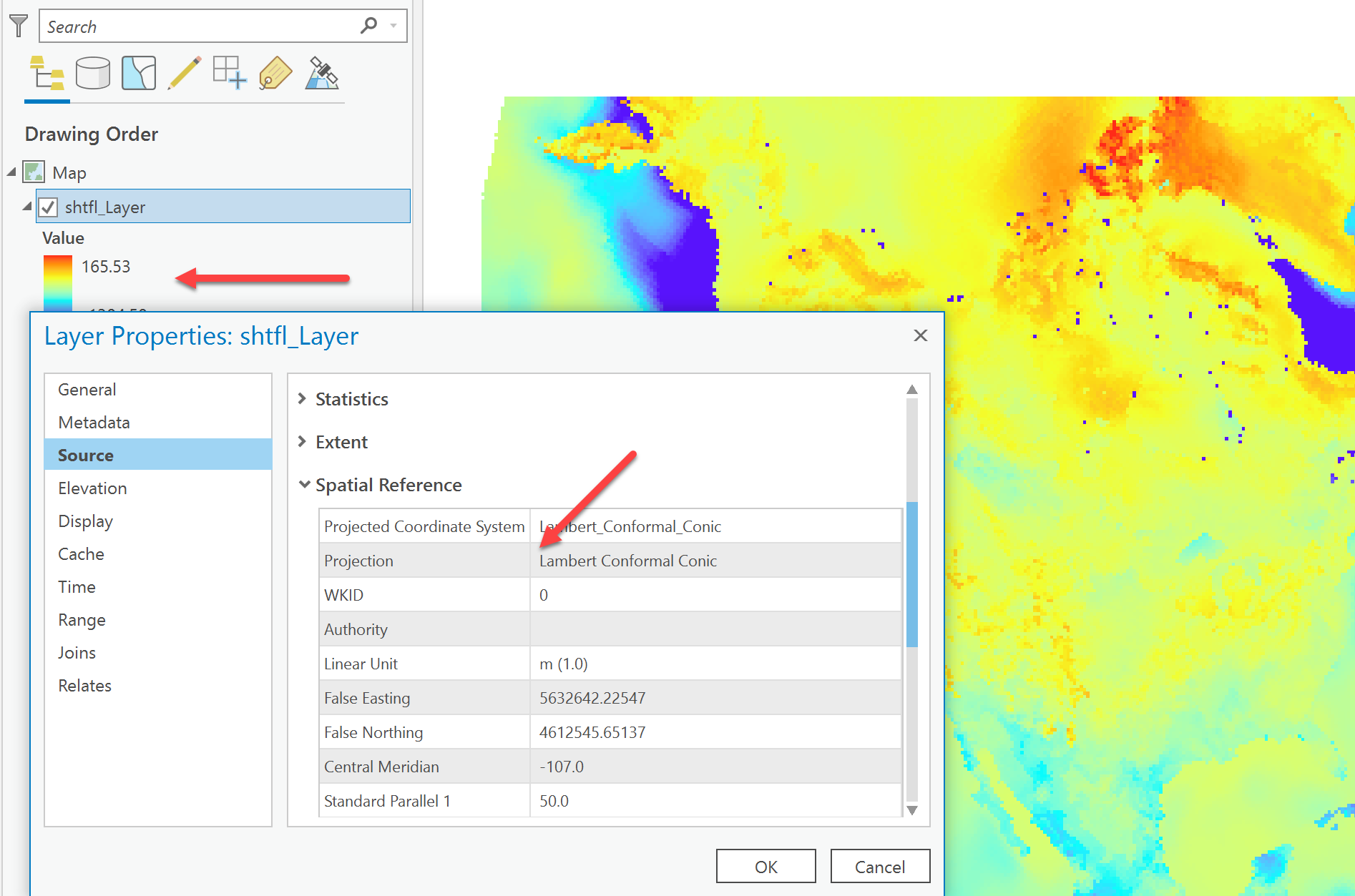 Can this be done on ArcGIS??

If you mean ArcMap, I don't know, I haven't used it in a couple of years and no longer have it installed.

I tried opening-up the file on Arcgis pro. It works for the shtfl layer but for lat and lon layer the projection still remains unknown.

If you would like to visualize the 2D latitude and longitude variables ("lat" and "lon", respectively), you can simply add a variable attribute 'grid_mapping = "Lambert_Conformal"' to each variable. You can do this easily with the NetCDF Operators (NCO, NCO Homepage ) command-line tool 'ncatted', specifying to append ("a") the character ("c") attribute named "grid_mapping_name" to the "lat" and "lon" variables in an existing file. Example below:

Once this is completed, you will be able to bring those variables into ArcGIS Pro using the Make NetCDF Raster Layer tool, just as you did with the 'shtfl' variable.