I have a street map with a Street Index listing street names in alphabetical order and showing which section(s) those street are listed in.  I am trying to use the Dynamic Text - Table Attribute to create the Street Index from an Excel spreadsheet. 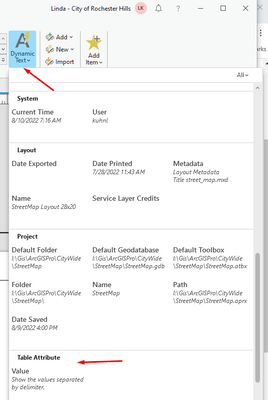 This is a small sample of my Excel spreadsheet: 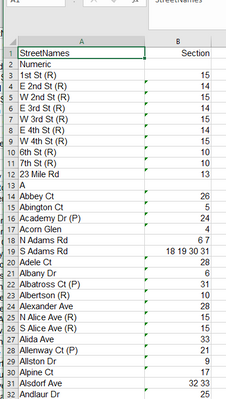 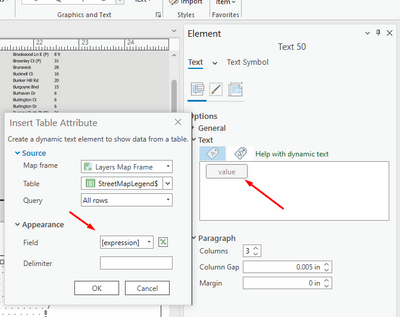 (Note:  I'm not good with Arcade yet, so had to have a colleague help me with the above expression)

Because I have calculated the number of leader dots to have each line a total of 30 characters, I was expecting that my results would display as even straight columns ending at the same position on the right hand side, but that is not the results I'm getting.   I have tried setting my Text symbol - Appearance - Position - Horizontal alignment as "Left", "Center", "Right" and "Justify" and none of them return even columns. 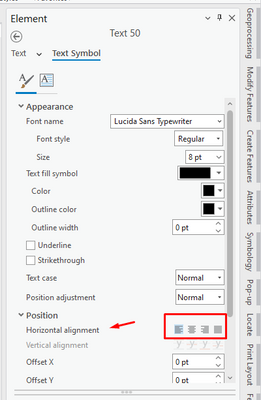 I have tried using several monospaced fonts (Lucida Sans Typewriter, Simsun, Courier New) and this doesn't help either.  This is the results I am getting.  The right hand side of the columns is uneven. 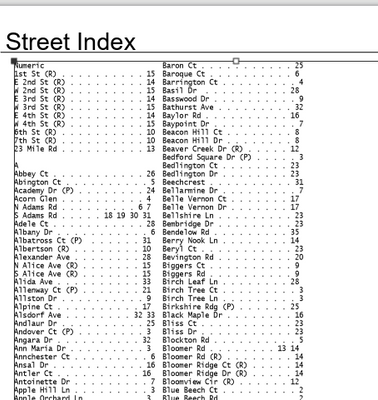 I used to make this map in ArcMap using 8 individual Text Boxes where I manually typed the street name, the leader dots and the section, hit the hard return after each line and used the full justify position.  The result was very neat looking but hard to maintain whenever new streets were built.  If the new street started with the letter "C" it would be added in the second text box in alphabetical order and then the last street from each text box to the right of it would have to be manually moved to the top of the next text box.  I'm trying to transfer this map to ArcGIS Pro and take advantage of its newer functionality but can't get results to be even on both sides of each column.  This is what the street index looks like in ArcMap using individual text boxes: 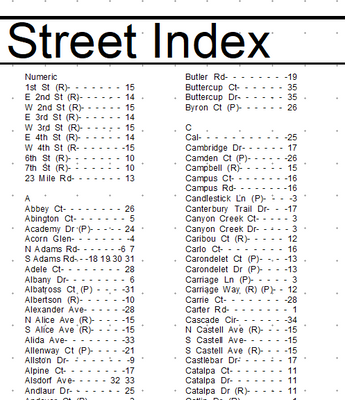 Any suggestions/ideas would be appreciated.

and it looks great.  Thank you so much for your help. 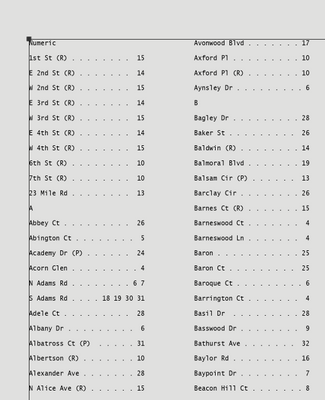 I tried accomplishing this with some sample data, and here's what worked for me:

For building the dot string, I did things a bit differently with the for loop. Rather than iterate over once for every two characters in the remaining space, it would take the left over characters (30 - street name and sections) and alternate between '.' and ' ', leaving room on both ends for a space.

It seems to work well enough, though the dots don't always align vertically from row to row. You could further modify this to get those dots to align nicely, but here's what my expression produces. 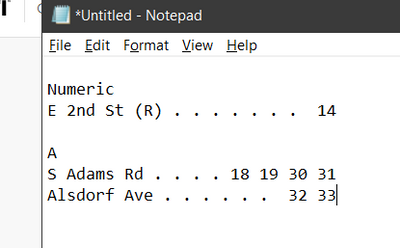 PS - Since I was using sample data, I accessed the features with a made-up variable s. Just replace those with $feature to apply this to your own situation. 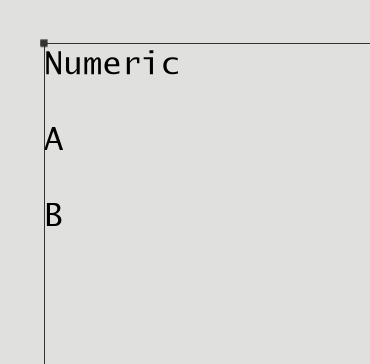 Did I misunderstand something?

You've still got a handful of s variables in the expression you posted.

Yes, I see that I missed a couple of s variables.  Now that I've updated the Arcade expression again it looks like this:

but these revisions didn't change the end results.  I still am only getting the headings and none of the street names: 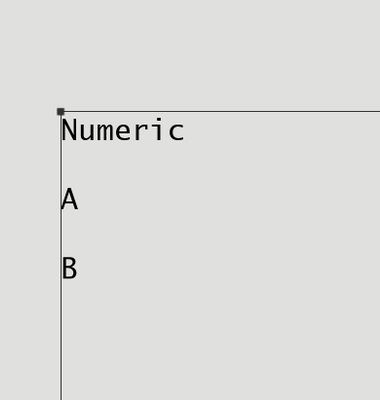 and it looks great.  Thank you so much for your help.

Another approach to consider is to use a table frame for the index. There's not a specific mechanism to add dot leaders, but with some formatting of the table frame parts you could achieve a similar look without requiring the use of a monospace font.

First, format the vertical alignment of the data text of the page number field to right justified.

In the table frame properties, set  Background 1 and Background 2 to 1 row each.

Then click the symbol next to Background 1 to edit the background style. Here's where to add in a dotted style to the bottom of the text row. 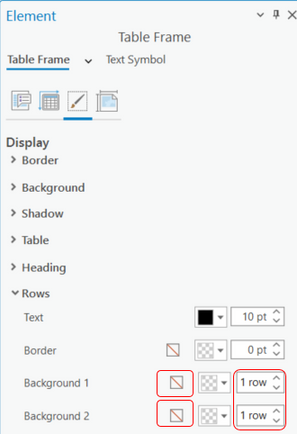 Change the fill style to Hatched fill with 90 degree angle and about 8pt separation (adjust separation amount as you prefer). 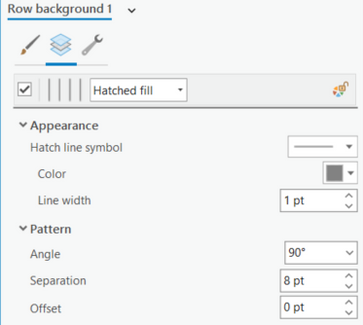 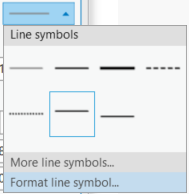 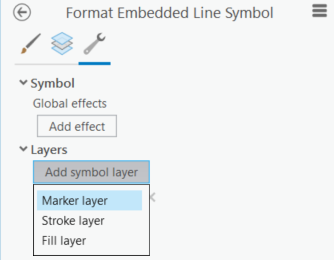 Delete the original line layer leaving only the marker layer.

Now set the same style for the Background 2 style.

This also leaves dots in places we don't want, such as before and after the text and overlapping the text so the next step is to fix this.

Start by narrowing the space between the text and border (horizontal) in the Table frame properties. This will cover the dots hanging off the beginning and end of the text. 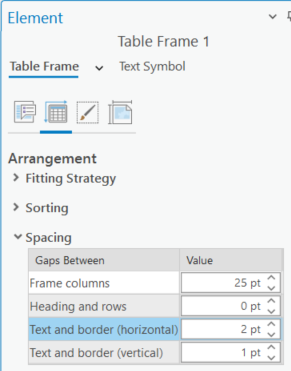 Next, edit the text symbol for the fields to add a background callout in the same color as the layout background - white in this case. I used 2px left and right margin to cover dots that are too close to the text but try other sizes that look best.

Moving the table frame over a gray background reveals how it's constructed - add a white background to the whole table frame element or ensure it's paced over a white or matching background in the layout.