Changes in your graphics hardware detected. Close and reopen your map views to continue.

I get this message every time I try and open a map. Any help would be greatly appreciated, at the time being I cannot even begin to use the program due to this issue. All my drivers are up to date. I took the test to see if my laptop could run ArcGIS Pro and it passed with no issues (results below). 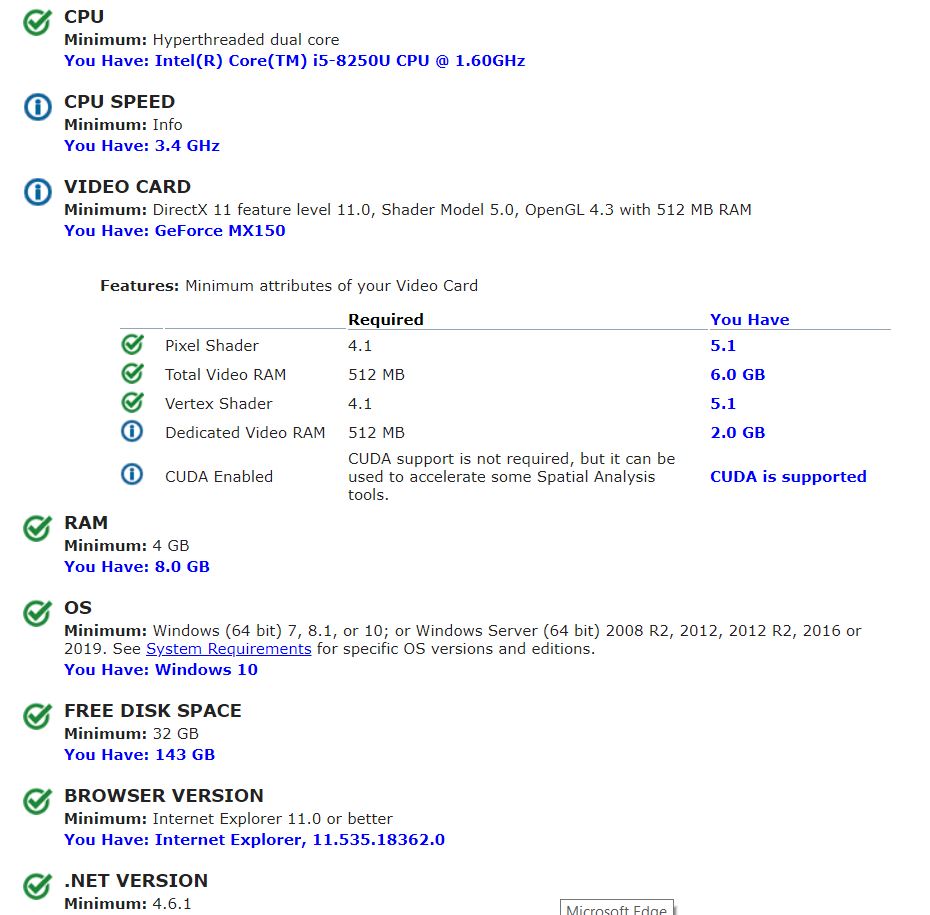 Whatever settings you have for display drivers, as shown below... try switching what you have, save and reboot and reload 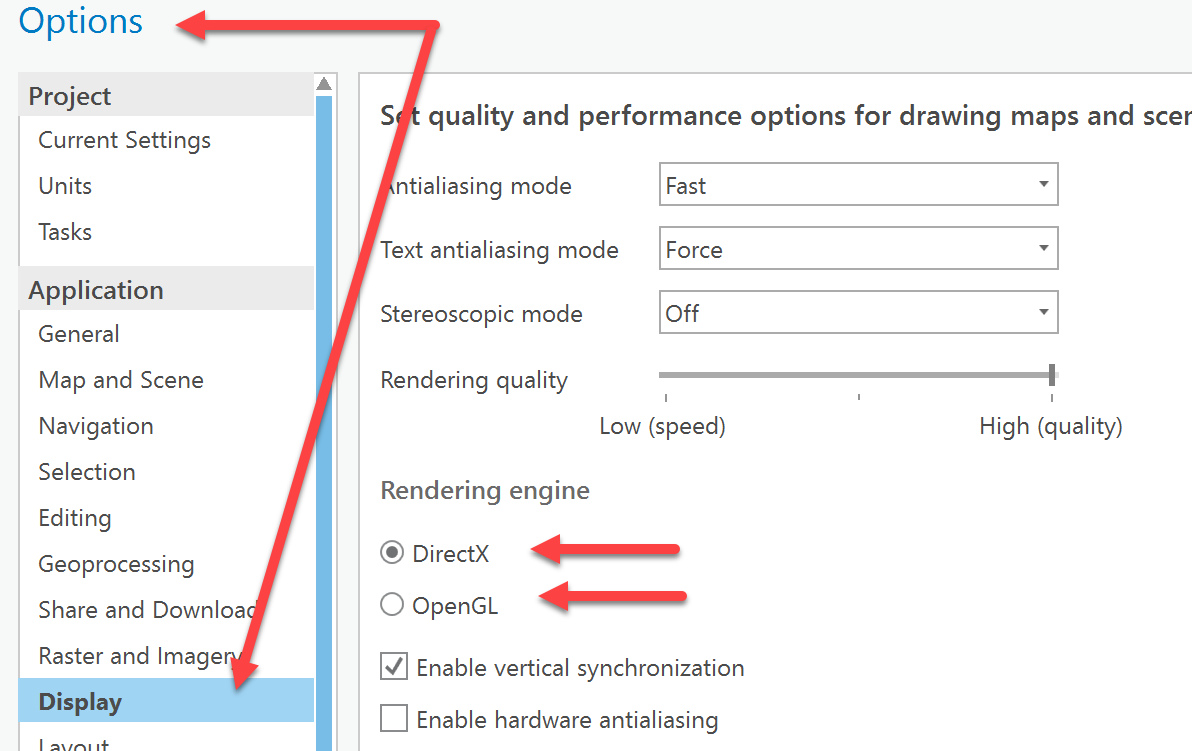 and from a no-follow-up question

Hello,
I have been having this problem.  I tried these setting changes and it didn't do anything.

Just reposting as I replied to the wrong part of the chain above.

I had the same issue recently on V2.6. Strangely, it only occurred when viewing Pro on my laptop screen, not on a TV that I am using as a secondary monitor.

I ran the 'Can you run it' tool and received a similar view to that of Eli with no errors specified. Also checked drivers for GPUs and these were up to date. When I tried Dan's suggestion to change to OpenGL instead of DirectX it caused ArcGIS pro to crash on open whenever I opened an aprx with maps loaded so had to switch back to DirectX.

This is probably a nuclear option and not everyone may have the permissions for this in their organisation, but I updated my version of Windows 10 by selecting 'Check online for updates from Microsoft Update' within the Windows Update application. This installed a feature update to Windows 10 and has apparently resolved the issue. Hope that helps.

Thank you so much. This solved the issue.

I was having this issue, see post above, however it was resolved when IT found an old driver stuck in install.  Once that was removed, all seems to be working well.

Another great step would be to do a clean uninstall of ArcGIS Pro. You may need to engage the assistance of your IT and/or Esri Support to complete this