Automating Map Layout Pages Based on Feature in Feature Class

For example, if I have a feature class with several polyline features and wanted a PDF map with all of them centered at a certain scale in a map series. How would I go about doing that?

Currently, I have a model that iterates through a map with a bunch of features that are sensitive areas and see's if a feature class with several features (project locations) intersect with those sensitive areas (input of the tool). It generates an excel table of the sensitive areas it intersects and skips over ones that don't with a condition in the tool. 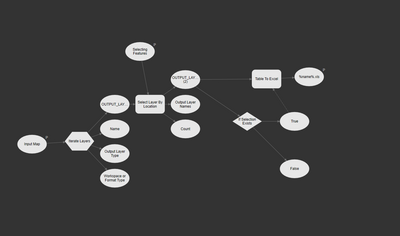 Then I go through manually and make a bookmark for each project feature that intersected a sensitive area and generate a PDF map (multiple map pages) from the map series bookmark option. I have it set up with dynamic titles and legends based off the name of the bookmark and what features are visible in the book mark.

Is there a way to automate this so I don't manually have to go to each project location (polyline) and set up a bookmark and add them to the map series?

Do the names of the features and the scales stay the same?  Also, is there a need to preserve historic data?

The sensitive areas stay the same (features in various maps). The only thing that changes is the project location features, which would determine the map layout extents. The plan is for the PDF to be the historic data which would be stored outside of the project file.

Do the names of the project location features stay the same?

The names will change. The project location feature is one feature class with many features (polylines) locations, this I would rename to the fiscal year, A/B/C, and project type.