ArcGIS Pro 2.9: How to zoom to a selected feature without changing the current scale?

ArcGIS Pro 2.9: How to zoom to a selected feature without changing the current scale?

For example, in the screenshot below, I wanted to zoom to the selected feature such that the feature gets at the center of the screen but to have the scale kept the same (12,000)

As for the default behavior, when zooming to a selected feature, it gets centered at the middle of the screen with having it fully extended on the screen and thus the scale changes.

My aim here is to go to selected feature from the table (having a look on polygons that have small area, for example). Right, the “pan to” is there but when double clicking a record (which is easier than right clicking and then choosing the option), it behaves as “zoom to”. 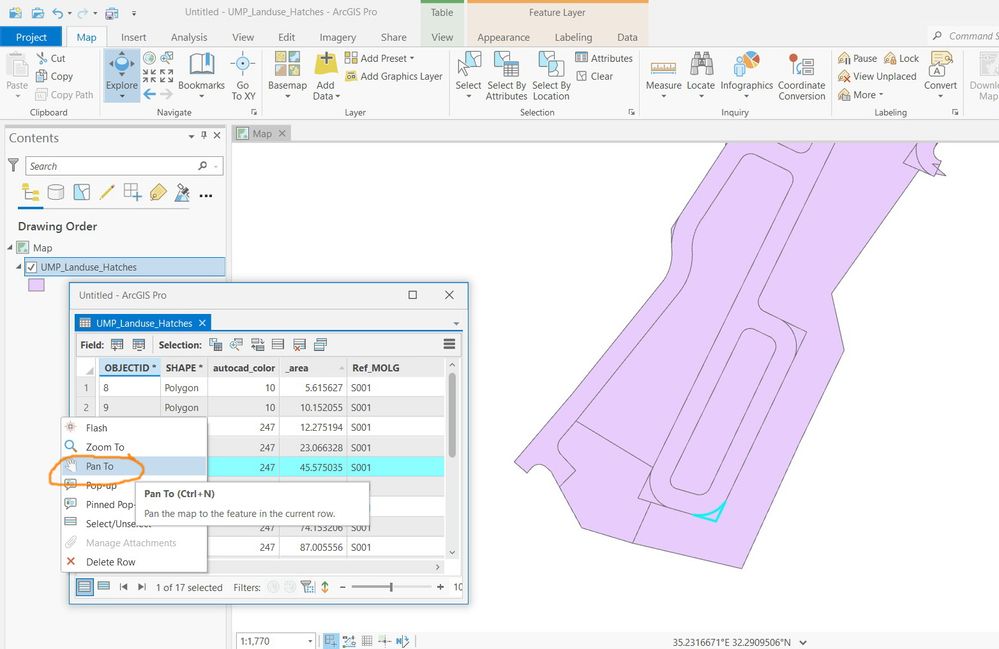 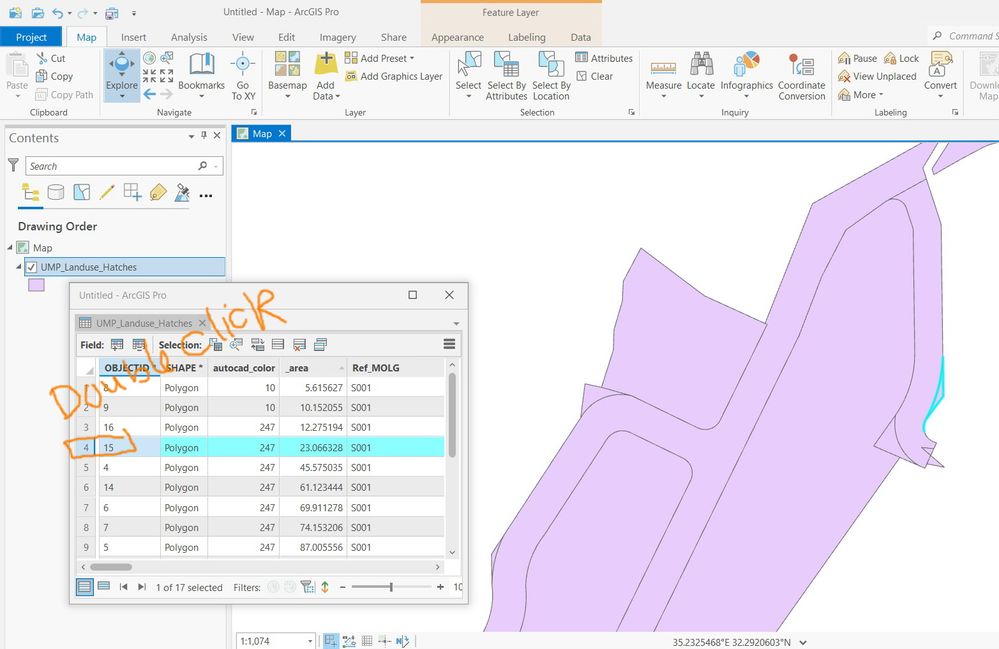 Plus... even more shortcuts for mouse and keyboards can be found in the general Navigation section of the help

CTRL + Double click the gray cell to the left of the record : Pan to and Select the Feature

but total mouse useage is

left-click, on the record

right-click, to bring up the popup 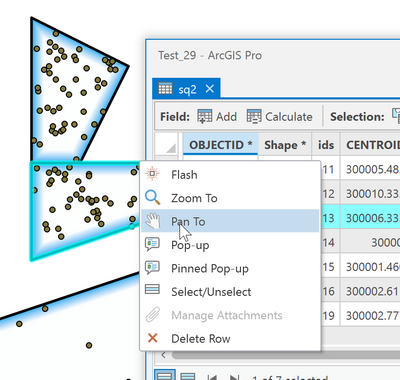