After reading this post (Export Multiple Single PDFs By Group From ArcGIS Pro Map Series), it prompted me to post about another enhancement I've been thinking about. In addition to being able to include the Map Series Group name in the file name, it would be handy if we could control the positioning of the page name in the final output file name.

Instead of having the Page name added to the output file name as a suffix only, it would be good if this could be moved into it's own tool parameter (as check boxes) with the following additional options;

The 3rd option would mean we have to do less bulk document renaming after exporting to suit our document naming conventions where we start with (or a filename contains midway through) a Plantation name, but ArcGIS Pro only lets us include that as a suffix. A demonstration scenario is shown below.

Currently, exporting files and including the Page Name in this case which is repeated for different plantations results in the repeated numbers being overwritten by latter plantations. Including the Group name would fix this. 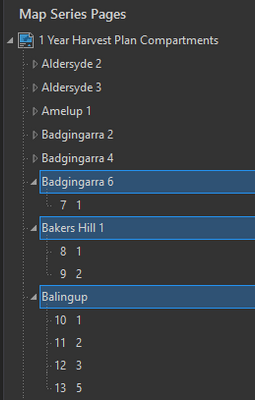 (or pages within groups) 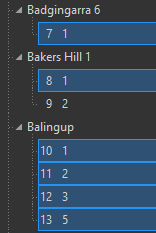 And you could select from the following options; 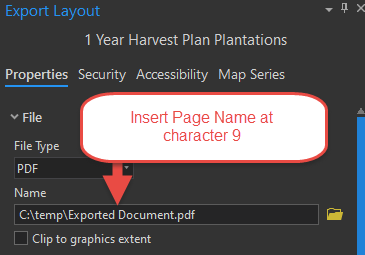 Yes, we definitely need this expanded functionality. I always have to use Bulk Rename Utility after map series export, because the filename options in the export pane can't meet our naming convention needs.

Related to https://community.esri.com/t5/arcgis-pro-ideas/data-driven-pages-file-name-format/idi-p/929251 but that one doesn't talk about inserting at a certain character position...