When creating charts to be used in a layout, you can turn the chart legend on or off from within the chart window and this is reflected in any linked chart frames. It would be handy to be able to separately control a charts legend visibility in chart frames  and chart windows. Work flows where this could be useful is where you have a chart that is used in multiple layouts. In one layout, the chart symbols match the dominant layer symbology in a map frame and thus are cover by the map legend (so chart legend is turned off) but when the same chart is used in a different layout with less focus on a map (or no map), the chart legend would be turned on instead. 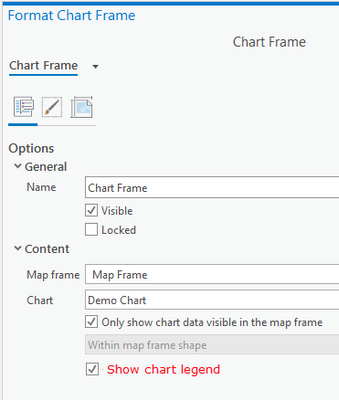