This results in a pop-up that looks like this: 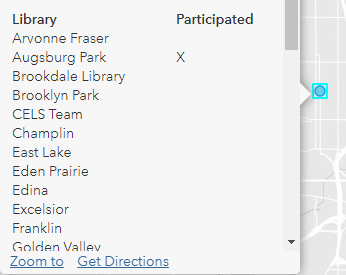 Here is where I need help!

If a Library has an "X" in the table next to it (meaning it was included in an event), I would like to have the text (Library name and the "X") bolded and change colors (#00AEEF).

How do I integrate hex codes and font changes into an arcade expression?