I would like to present raster information within a Story Map. Since this option is not available, as a work-around, I have converted the raster (which originated from a script written in R) to a KML file. When loaded into a Web Map, the projection is incorrect. I have tried:

3) Exporting the data to a new raster (tiff format) stipulating that coordinate system of the new file should be the same as the dataframe (WGS_1984_Web_Mercator_Auxiliary_Sphere).

All of these have exactly the same result - the files are correct within ArcMap before they are converted to a KML file, but once converted and loaded into a Web Map, they are skewed (image below). 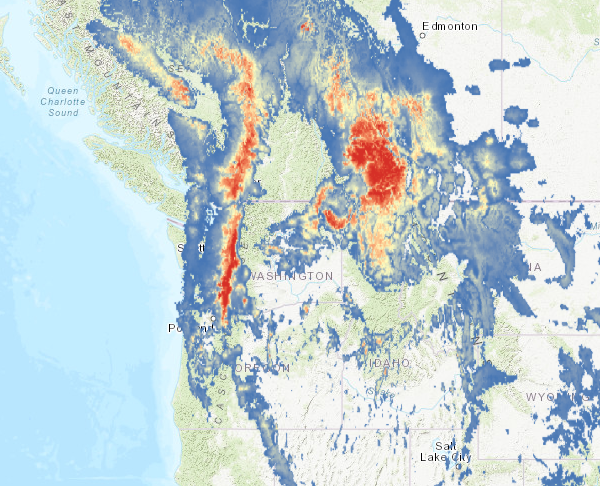 Thanks for you help.

I am having the same issue and have tried some of the solutions you describe. I cannot figure it out. Did you ever find a solution?

Sorry, no, I never got a satisfactory answer. I ended up converting it to a feature layer, which did not give a very good resolution given the size limits/load times for StoryMaps.

Replying because I am having the same problem and can't manage to find anything online about it! Hoping someone has an answer out there :(