I'm using a road centerline file that was exported from Rhino as a .dxf and then exported into a shapefile once in Arcmap. Using this shapefile to build a network dataset yields the result in Image One below. Basically, my junctions are not located where they should be. Some intersections are skipped while other areas have multiple junctions listed. I think that the junctions are locating at the endpoints that were created when this file was drawn in Rhino (which would explain the abundance of junctions on the curve), but I want to ignore those endpoints and instead rely on line intersections where junctions are traditionally located. See Image Two for what I am going for.

How can I make my network dataset look more like the second image (created from a streets shapefile I downloaded for a different area)? 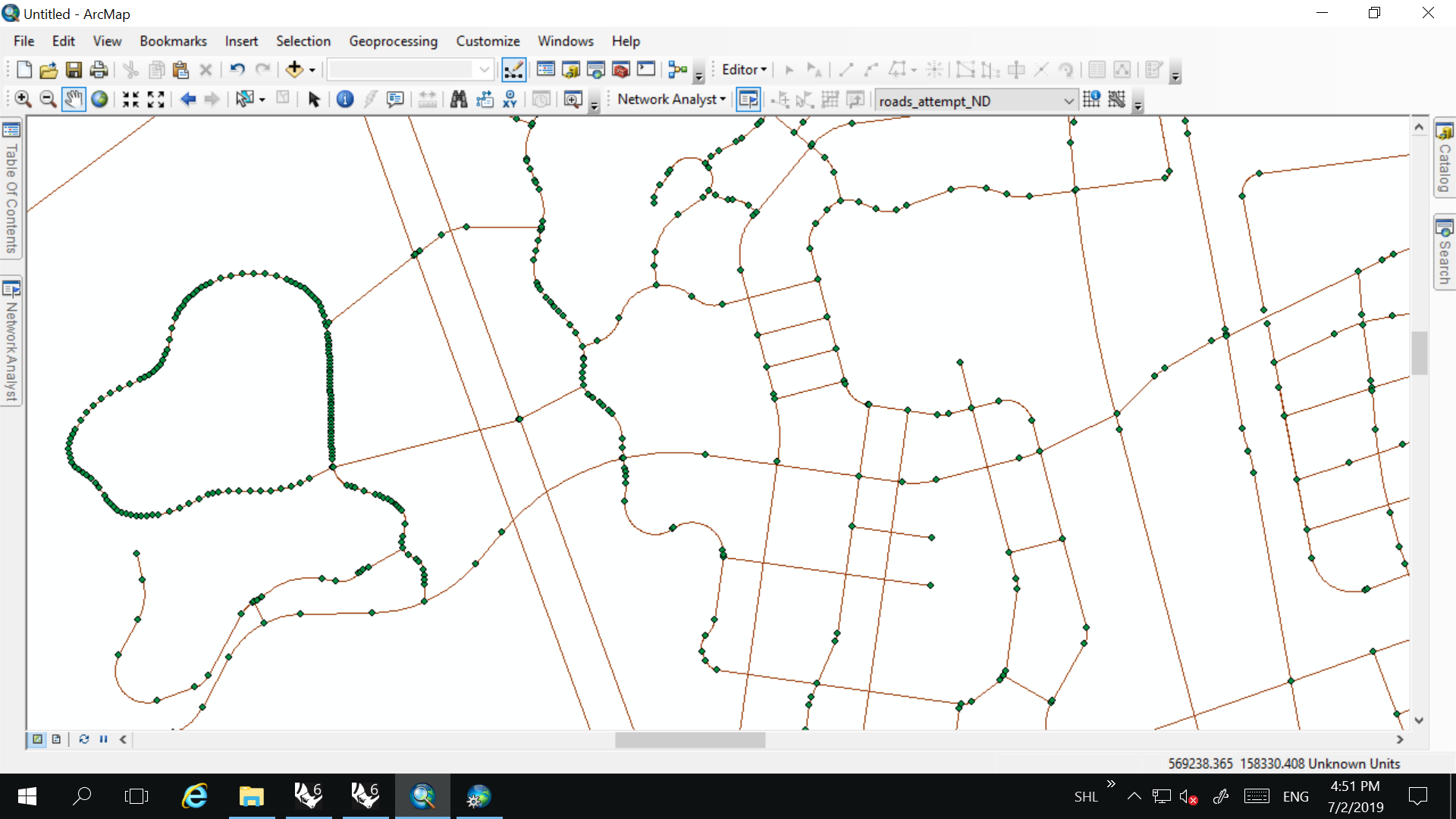 Image One: Network Analysis Failure; Too Many Junctions/Intersections Skipped 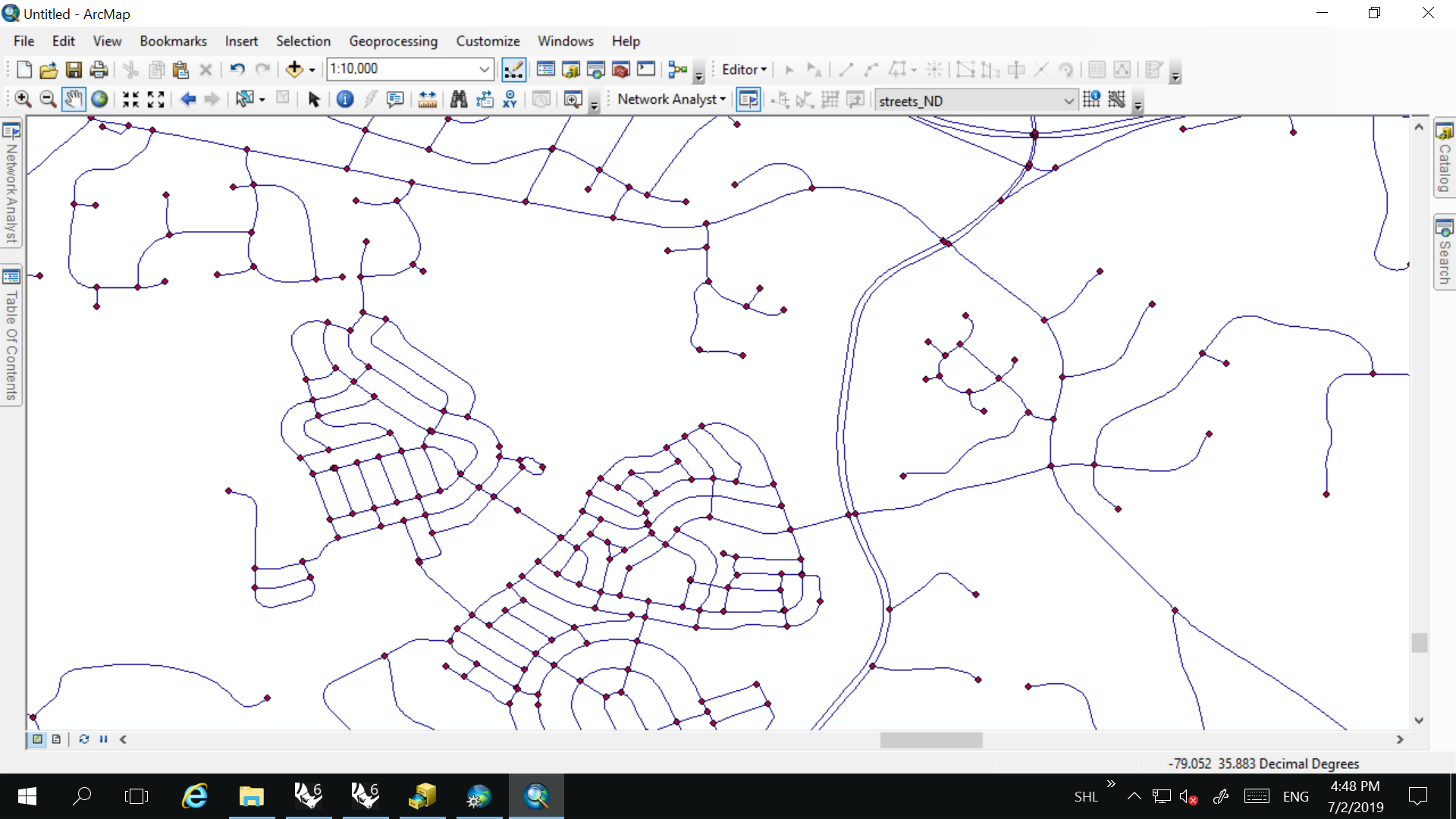 Edit: Solved by using Polyline to Raster and then Raster to Polyline, using a very small cell size on the latter. Built out junctions at every intersection and allowed my network analysis to work.

You can also look at using the GP tool Dissolve Network to remove two valent junctions and chain up multiple edges into one edge. Helps reduce the number of edges in a network and improve performance. More info here: