Then I created a network dataset, a route layer and added my points from the street segments as stops to the layer.

There I have several problems and questions.

1. When I want to calculate a route with the "solve" tool I always get errors like this although I chose the option "ignore invalid locations":

2. Can I choose a start and end point?

3. Is it possible to calculate routes as a kind of network. As I said I need it for gas or oil networks ans only need the shortest connection between the segments and not a route that connects one point after another like a car would drive? lready tried to build a geometric network but there some points are not included.

Thanks for your help. 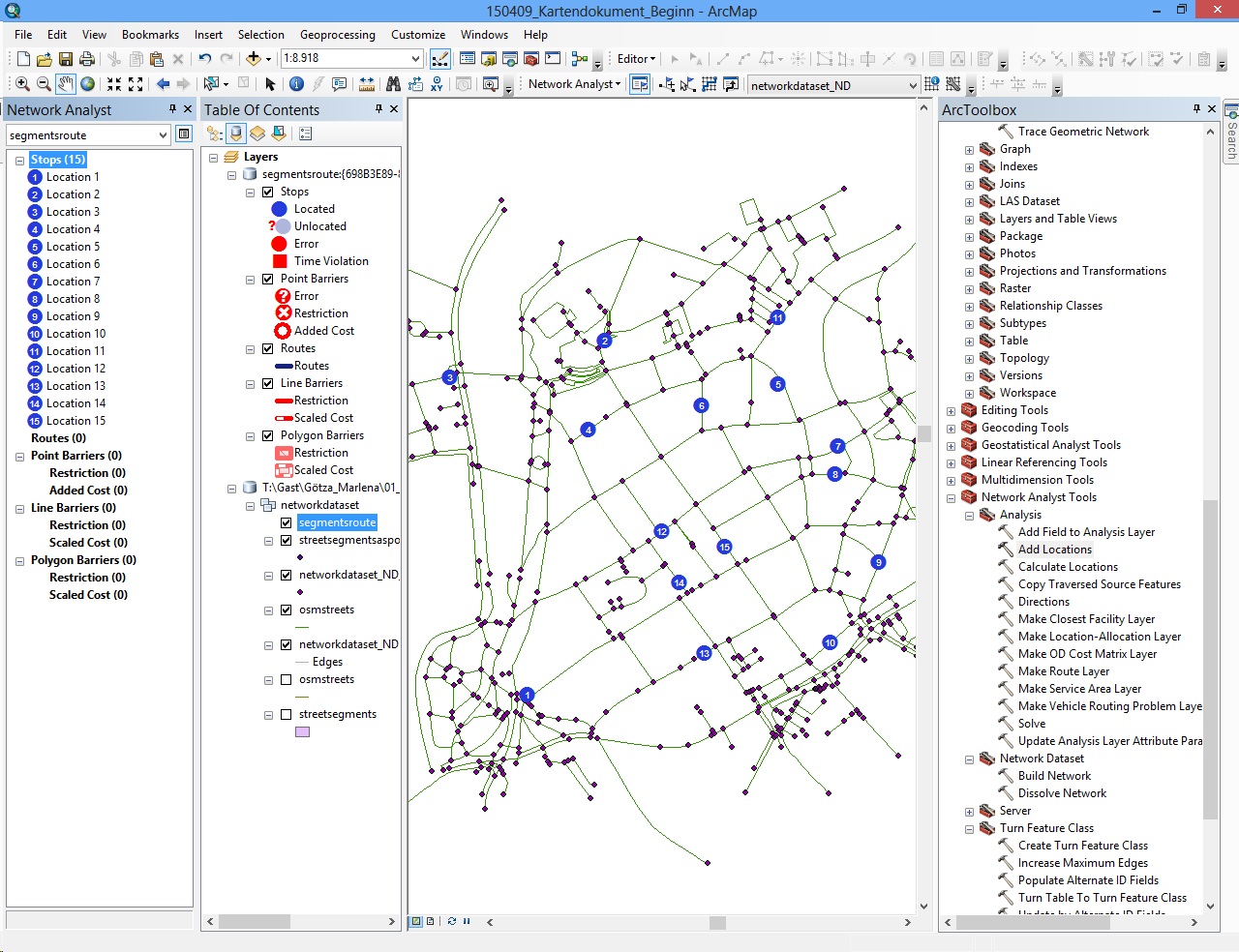 Picture to Point 1: The 15 Locations and the network 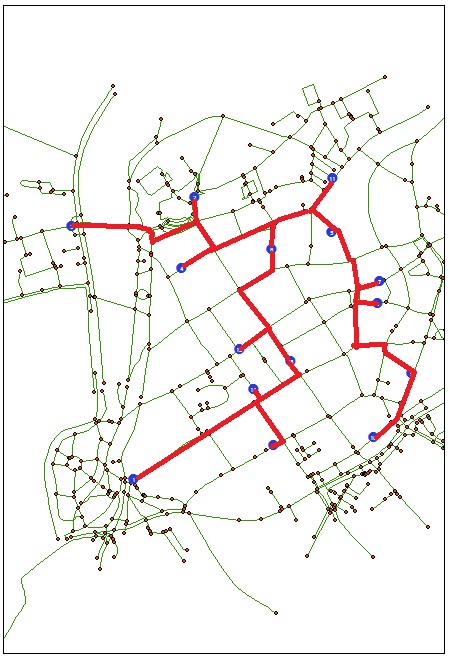 To point 3: I want this as result

Network Analyst may not be the optimal tool to use for this solution;  You might want to take a look at Geometric Networks:  ArcGIS Help 10.1