I published a map service and from the map service created a layer to use in open data. When I save the layer I hide  fields such as the LastEditor and the Creator using the Configure Attributes window. When I share the layer with my open data group and ultimately make it public, the fields show up. Is there a way to hide fields using ArcGIS Online or the Open Data tools, or do I have to republish the map service and exclude those fields?

ArcGIS Open Data will read all fields from the layer. Republishing is necessary if you'd like to exclude fields. 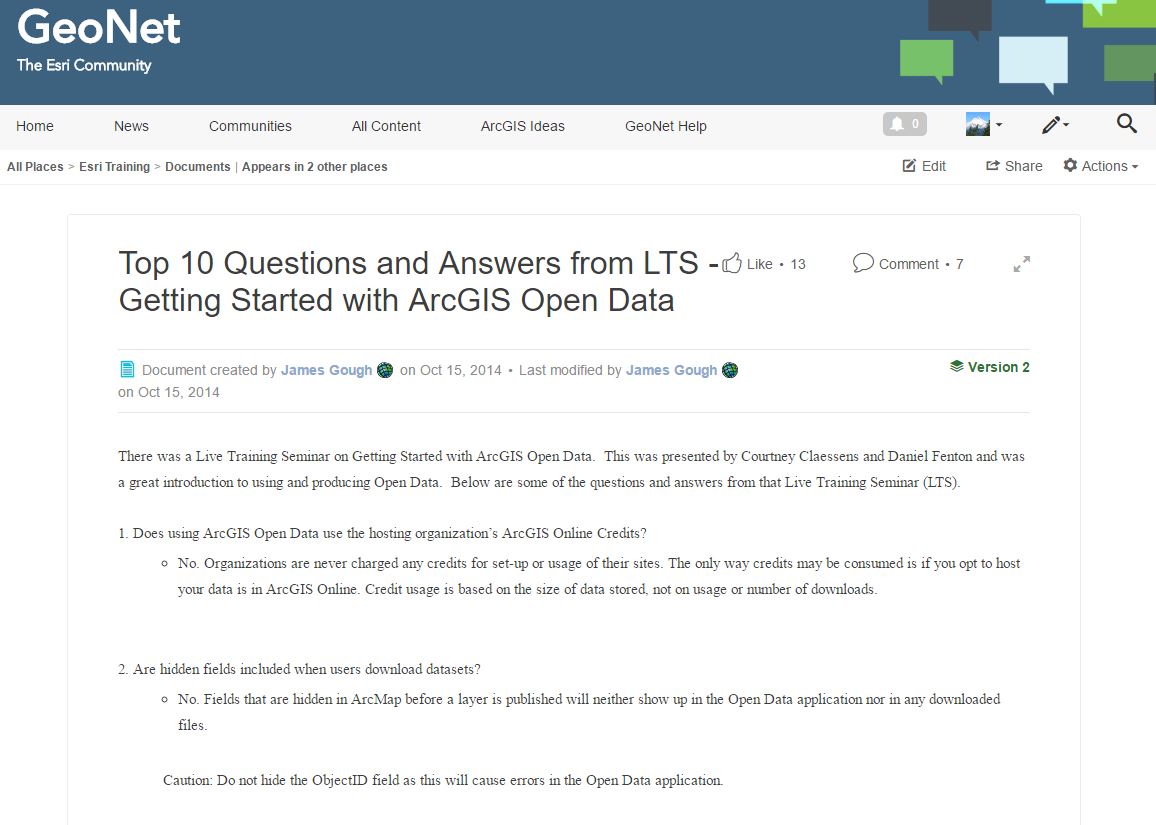 I found this reference to hidden fields (see #2 in the screen capture above).  It is from over 2 years ago.  I have published dozens of data sets from Desktop ArcMap to AGOL and made available for Open Data.  Upon further review, I have found that hiding fields does not always work... sometimes it does, other times, not.  In fact, I found at least one example within one published item where some of the hidden fields remained hidden and another did not.  However, I don't believe this is an Open Data issue, but rather an AGOL issue.  All fields that show in AGOL are passed to Open Data; my problem is the initial publishing from ArcMap to AGOL.

Any insight to solve this issue would be appreciated.

I recommend cross posting this to the ArcGIS Online space or perhaps the Managing Data space.