How to Register Field Maps App with Portal?

I asked this question on the blog post announcing the release of Field Maps (Announcing ArcGIS Field Maps), but when I refreshed the page, my comment disappeared so I'm not sure if it got posted or not, so I will ask here. Plus, I'm assuming other people might have this question as well.

Is there any documentation on how to register Field Maps for iOS and Android?

It's all good. I appreciate your response and I am glad I was able to find a workaround. Unfortunately, Field Maps has the same "bug" that the new Collector (not the Collector Classic version) and Explorer apps (after v.18.1.0) has that makes the app essentially unusable. All three apps have a variation of the same error message. This is when we sign in to the app with our Portal logins and does not apply to AGOL.

In Field Maps, if I open up the layer list for a map, under each layer name, it says "Token Required" and it can't load any of the data. In Explorer, it used to say "User cancelled the authentication challenge", but with the latest version of the app, it just keeps on taking me to the Portal sign in page when I open a map. No matter how many times I enter my credentials, it just keeps on asking me for them over and over again. Eventually, if I click the X button to close the sign page enough times, it gives me an error message for each layer saying "super.handleChallenge(challenge) must not be null." I made a Geonet post when I originally reported the problem (Explorer for ArcGIS Error - User Cancelled Authentication Challenge). I also opened a case with Esri support.

I was told back awhile back from Esri that it should be fixed around now. I was really hoping that Field Maps would include this fix, but it does not. So we're still stuck with sideloading an old version of Explorer and Collector Classic until it gets fixed.

Since this is with Field Maps, I can open up another support ticket with Esri, but I don't want to be that guy who continuously submits bug reports for the same issue.

Thank you for the additional detail Ryan and I'm sorry that this has not been resolved. From the other GeoNet post I was able to trace your bug number in the system and view its details. I see that it was escalated as well. You do not need to submit another bug report, I will make sure this issue is re-opened as it has definitely not been addressed.

BTW - ArcGIS Field Maps is built using the latest, released version of the ArcGIS Runtime SDK and Explorer/Collector are using older builds - this could account for the change in behavior. We will need to debug and see if the issue is in the underlying Runtime SDK or if we can resolve it at the app-level. We may be reaching out to you for access and map.

Thank you for your patience.

Thank you for looking into it and your help. I appreciate it! I will be happy to assist in any way I can. 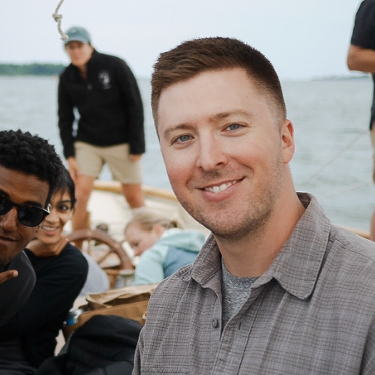 I work closely with Jeff on the Apps team. Looking at the bug details it appears like the issue only occurs when there is a proxy server is in play. Unfortunately there is no silver bullet any time there is an authentication issue that involves a proxy server.

I'd like to work with you to debug why this is failing in the application for you by either getting some network logs or preferably access to the service that is failing to load. Would you mind reaching out at jwhitney@esri.com so we can continue this conversation?

Thank you for your response. I will be emailing you in a few minutes. Thank you!

Thank you Ryan for posting the work around for the redirect URI issue.  This was an issue for me as well and your work around helped me out.

I would just like to provide a word of caution when manually registering the Field Maps app with ArcGIS Enterprise (AGE). Be sure to post a reminder somewhere to check to see if you need to unregister the Field Maps app before upgrading to a newer version of AGE. A few years ago, I was upgrading to a new version of AGE and the upgrade process for ArcGIS Portal failed because it was trying to register Survey123 twice.  I had manually registered Survey123 with our AGE install, but the version of AGE that I was trying to upgrade to was the first version with Survey123 registered by default. I think this issue also happened when ArcGIS Collector was first released.

Hopefully the new installers now check to see if an Esri app is already registered before trying to register it again during an upgrade, but I recommend checking to make sure it will not be an issue. Please do not misunderstand, I do not want to scare anyone away from using Field Maps. I myself am really looking forward to migrating to Field Maps.

Maybe someone from Esri can clarify if the issue I mentioned has been resolved?