I would like to know if it is possible to have a basemap toggle button in Experience (like in Instant Apps).
I know it's possible to create two identical maps with a different basemap, but managing triggers is more complex.
I also know that it is possible to add the Basemap button to the map, but the operation is different.
Is this an evolution planned in the roadmap?

In the Map View widget, you can add two maps. 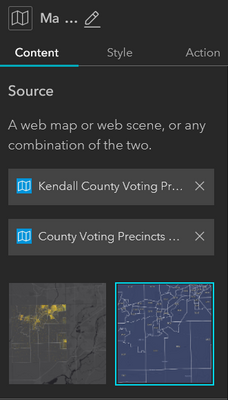 Once added, you'll see the switcher thumbnail in the lower-left. 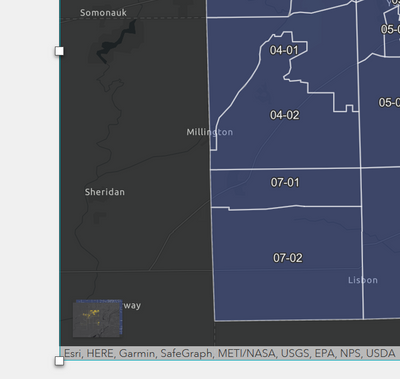 Personally, I think it's a benefit that the second map is configured separately. For instance, I have certain polygon features that show up great against the light grey vector basemap, but nearly disappear against imagery. In the imagery map, I can alter the symbology of that layer to make them stand out better.

Thank you for your reply.
I'm aware of this possibility, but I'm looking to use the Filter widget for map data and this widget only works for one map.
This is the reason for my question.

You should post an idea about getting the Filter widget to act against multiple data sources. I'd upvote it!