Is there a way to filter data for a specific attribute in Collector?  We use it to survey subsistence use in remote Alaska, and it would be ideal if our surveyors could see data for only the current household they are surveying.  It needs to be in offline mode.

We also need a way to filter in Collector.  Ever figure this out?

We do not want to make multiple maps because if something needs to change in the map we have to either track down all the user maps and change them or have the users remove those maps and recreate them.

No, I haven't figured anything out.  I ended up making multiple maps for each iPad, which I foresee as potential confusion in the field, and an overwhelming amount of work for me.  For one community I'm going to have to make upwards of 40 maps.  If ESRI doesn't come through for us, we'll need to try to go elsewhere.

Thanks - same here.  The very first question we got from the field was - How can I see just the ones I need to do.

Weird that this did not come up in testing for Esri.  Though it is starting to seem like they do not use actual field workers for testing.  (My other big issue is that huge Update Point button in the middle.  I can not get the crews to stop hitting that button!  And in AGOL there is no way to stop geometry updates.  This for sure would have come up in UI testing.)

I believe one may be able to filter from the webmap used.

Are you using hosted ArcGIS Online content, or ArcGIS Enterprise?

From this documentation, "Maps that contain the same hosted or ArcGIS Server feature layer multiple times do not support offline use. For example, you might add the same layer twice and apply a filter or different style to each one. To reference the same data in a web map you take offline, you can do the following:

You could also explore using feature layer views, as shown in this blog and this Make a map—ArcGIS Collector | Documentation .

Thank you for your response - I appreciate the effort you put in.  I wanted to give you a little background on what I've tried to make Collector work for us.

When I first set up the Collector app for our field data collection, I used Collector Classic and hosted feature layers in AGOL.  The problems we had were 1) the data is confidential, and the respondents were resistant to show where they searched for food.  2)  Data is collected during interviews in people's homes.  These interviews are extensive, and in order to minimize the time we spend disrupting their day, we collect a "rough draft" of the data at the time of interview, and then edit it in the evening.  After collecting hundreds of records of data, the result was a spider web of features which we couldn’t edit in the field because the field crews couldn’t find or isolate the features they were looking for (see attached image for a small selection of our collected data).  This left editing to me, who didn’t collect the data, and months after it was collected it was difficult for the field crews to remember any details that were in question.

I then looked into the new version of Collector to see if we could use views.  This option was workable for data collection in that it allowed for only one household to be shown at a time.  Unfortunately, that didn’t help with editing by our field crews, as we would have had to have a second map on the iPad for them to work on, showing the spider web of features.

I tried using offline map areas for each household, which would have solved both problems.  But this created two new problems.  1) The tile package map that we use as a base map could only be used in 2 offline areas, since it is about 18 gb in size.  I tried using other base maps, but we need the resolution set to state level, and when zoomed in to draw a feature in a specific place, the detail wasn’t there.  2) offline map areas disappeared from the iPad.  My boss mentioned it to me, so I investigated.  I had 5 offline areas on the iPad.  I put it down and worked on something else.  When I came back there were only 3.  This was a deal breaker with using offline areas.

The other problem with the “new” version of Collector is that the location point doesn’t move.  Field crews would have to move the map to draw a line of polygon.  This is problematic for people who aren’t tech savvy, as not only are our field crews, but also the Native Alaskans who are being interviewed.  This just won’t work for us.

In the end, I set up the classic version with multiple maps for each community visited.  Each map was for 10 potential households, and with anywhere from 2-5 iPads for each survey, there is likely to be only a couple of households on each map.  While this does create more work for me, and a data management challenge, it was the best workaround that I could come up with.  Using the classic version also allows us to use our tile package, which gives us the resolution we need at every level from statewide to local.

What would be ideal for us is to continue to use the classic version (hopefully you don’t stop supporting that), with a simple filter on it so that our field crews filter by household (attribute).   Specifically, this would look something like “Household ID = 15” utilizing a drop-down menu or some other relatively easy method of filtering.   In this example, only household 15 would show up on the map for both data collection and editing later in the day.  That’s all I foresee us needing in order to make this viable for us.

I understand that we are unique in our requirements.  Our field crews work for weeks at a time in areas without wi-fi, or if it is available, it’s slow and unreliable.  Certainly not something we will trust for syncing data.  We require a base map with high resolution at many different scales that covers an area essentially the size of the Lower 48.  For now the work around I came up with works, although it adds a lot to my workload.  I've heard that there will be a new Field Apps product which will replace Collector.  I'm both excited and concerned about what this will mean for my particular needs.  If we lose the functionality we have, then we will have to look for a product elsewhere. 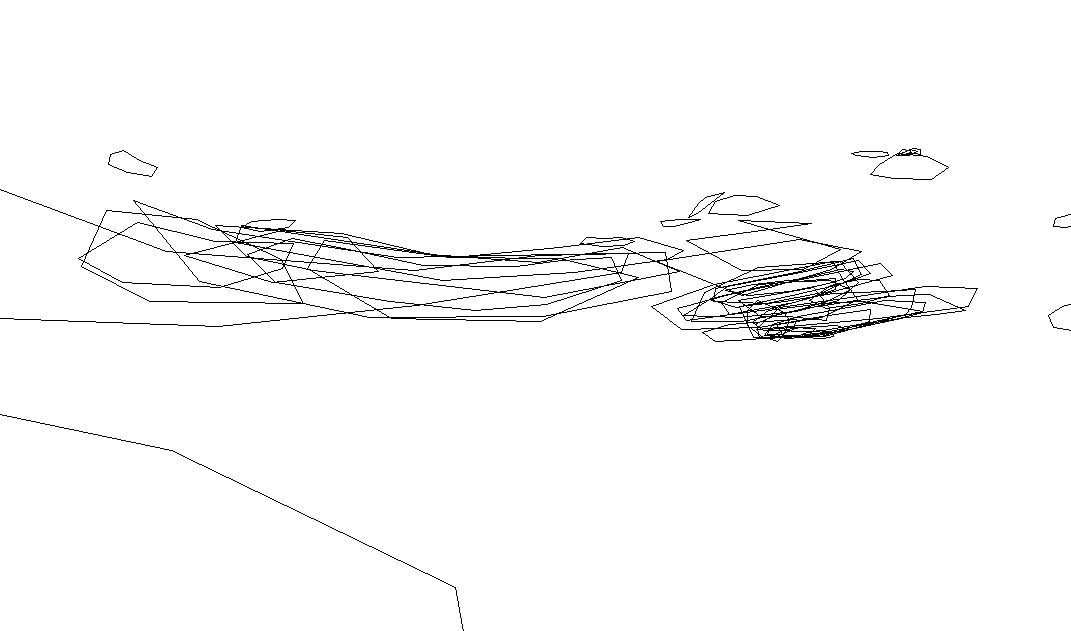 I know views are an option but for this project I have hundreds of contractors.  Making 100s of views is not going to work.  Really need a way for the user to filter.