Texture file changed after being imported into CityEngine

We tried to follow the video (#5 CityEngine Essential Skills: Importing Terrain and Imagery - YouTube ) to convert both DEM and image into CithEngine, but it did not work. For DEM, we first convert it into a tif format in ArcMap, then copy and paste all the relevant files into CityEngine workspace. But when we preview the tif image in CityEngine, it is just a gray image with no details which can be seen in the following picture, 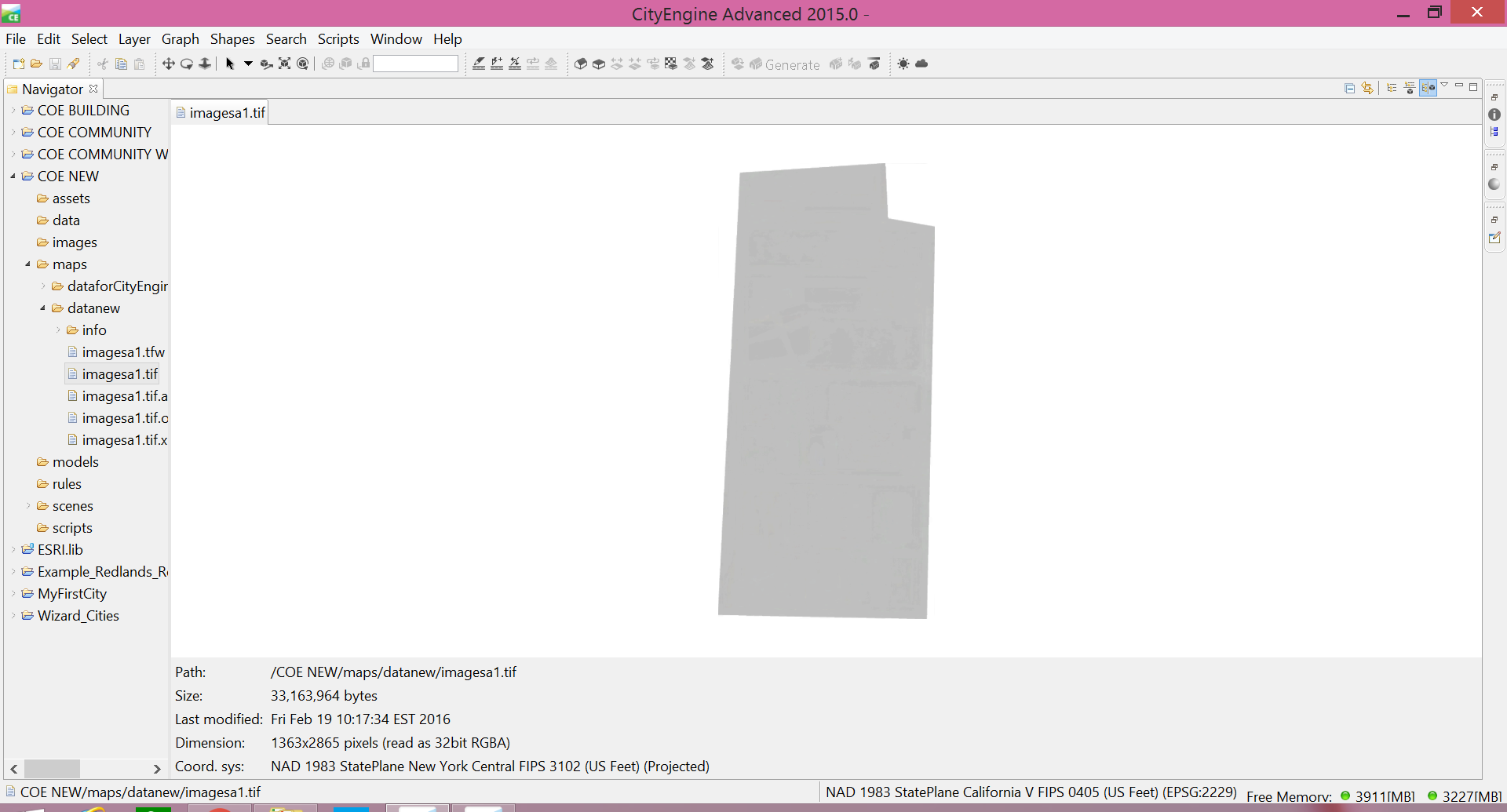 the texture file imported to CityEngine with no details

In the fact, the tif image aimed to be used as the texture file of the terrain layer contains lots of details looks like the following picture,

For DEM, we went to 'raster calculator' to create a dem.img and then copy and paste it into CithEngine (all files are saved in 'map' folder. but when we bring both into a scene, we got a different image from that in ArcGIS. We could not figure out the reason for that.

Could you give me some advise? Thank you so much.

Thank you for your report.

Can you please specify, what exactly happens when you import the DEM as an Terrain into a CityEngine scene? Is there any error message displayed?

For texturing the DEM a second image file is used. For an example please see the attached image. 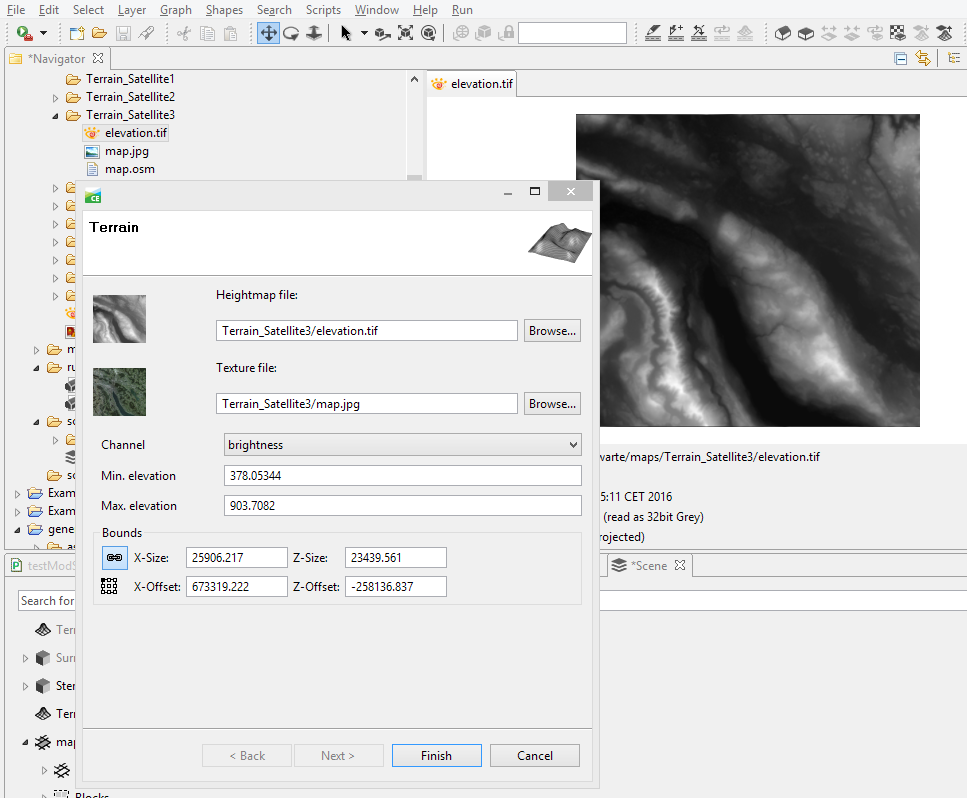 Thank you for your help!

For my project, I used the ".img" file for the Heightmap file and ".tif" file for the Texture file, as there was no error message displayed, do you think the error is due to the map format I used?