Change origin point of shape and translate it

Below is a print screen of it. 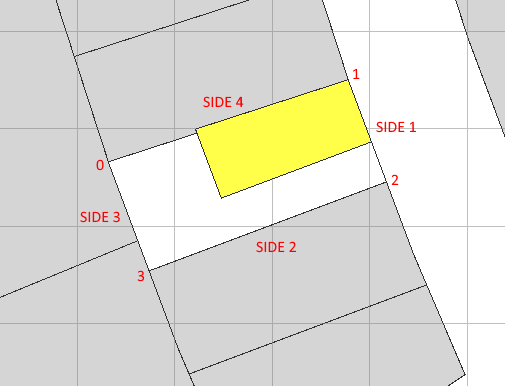 As you can see, the yellow shape is the footprint generated that occupies a certain percent of the initial geometry (the white parcel). The thing is that the footprint is placed at a certain origin (here is 1);

I would like to know how can I move the footprint at other origins like 0, 2, or 3, and also to be able to translate the footprint a certain value from the specified sides?

I have tried with functions like setback but I cannot make the function recognize the four sides.

Also, to change the origin I`ve tried the function about scope and pivots but I do not think I have understood very well..

To make a drop down list from which the user can select a value, you can create an attribute and use the @Range annotation.