The app launch image seems to stretch and skew as it displays, and I can't see any way to control this and preserve the aspect ratio.

I notice this happens to the ESRI AppStudio Player app as well!

My guess is that the OS controls this and we can't, but it doesn't look great.

A client wanted a particular logo on the splash screen but isn't happy about it being stretched.

Does anyone have any suggestions on how this can be controlled better?

Paul Haakma‌ I have seen this on other applications on my iPhone 7 not built with AppStudio.

I would look to see if there is any ios bug requests around this.

Just as an update on this one...

My launch image I'm using has a circular logo on it. This logo appears stretched vertically when it displays on the launch screen.

I tried artificially inflating the ratio of my launch image, I got all the way up to 750w x 2000h, which in theory should have stretched it horizontally if the process just squashed that image down to fit, but it still appears slightly stretched vertically.

I finally realised that something in the process is literally stretching the image vertically. I created a square image with a yellow circle in it, and took it through the build process. A screenshot of the launch image from the phone is attached, and you can clearly see the circle is now oval.

So the workaround was to literally 'squash' the image vertically - meaning the source image is incorrect, but the build process then stretches that out again to something close to what it should be. This is obvious a bad solution

but works in a manner of speaking.

In AppStudio you have the option of setting a background image or an overlay, I tried both but they both performed similarly.

If there is anyone on the AppStudio team who can shed some light on this please do. To me this appears to be a bug in the build process somewhere. 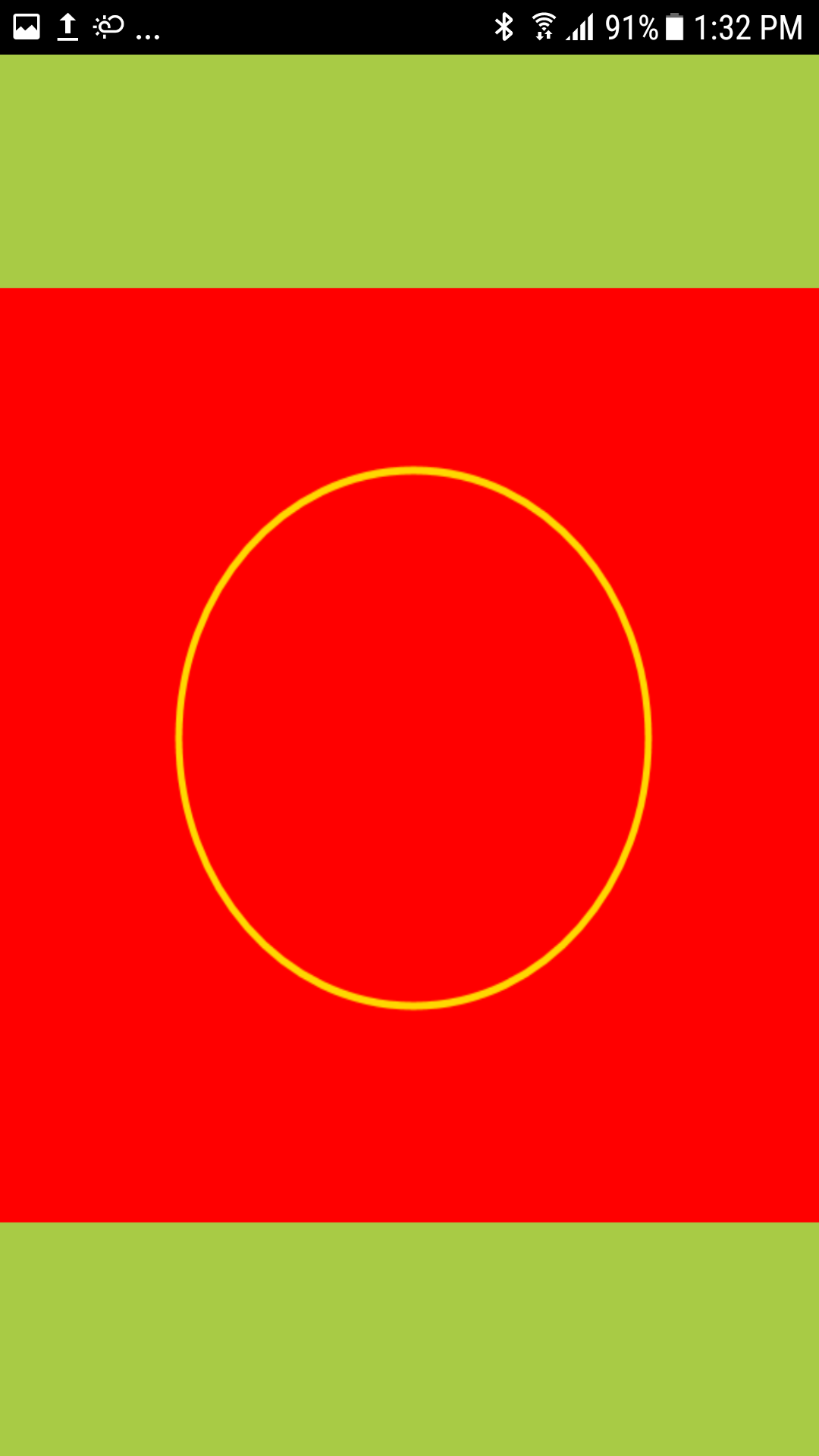