Python script to a script tool in ArcGIS

Try changing the last line from

Have it use the locations specified by "save_raster" with this:

The Out_fold should be defined as a 'folder' in the tool's parameters and make it required. The person can then navigate to the folder.

If the folder doesn't exist, you would have to create one in your code

Thanks for the reply

Yes i have added the folder as a parameter in the tool with direction defined as output and required. Also i have the folder called Out_Fold in the Stak1108 main folder. I am adding the error message here from the tool and the screenshot of my Add script tool. "Failed script Lab3S...Traceback (most recent call last):File "H:\Stak1108\Stack10.py", line 20, in <module>Stak123.save(r"H:/Stak1108/Out_Fold/Stak123")RuntimeError: ERROR 999998: Unexpected Error" 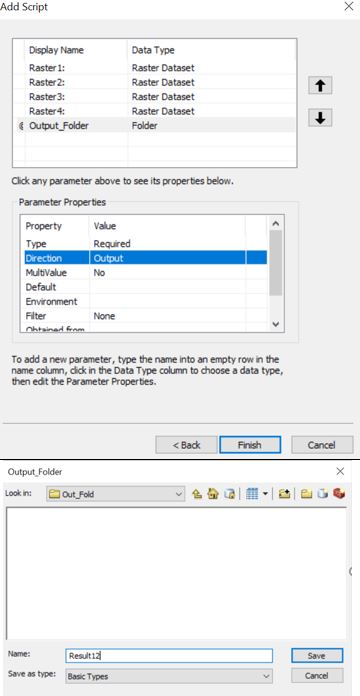 Try changing the direction to input.  The folder location is provided by the user, as input.  It is not generated by the script, which would be output.

Yes i changed the Output folder direction as input. But then i am unable to give the name of the output i want in the tool. I have attached the image here. 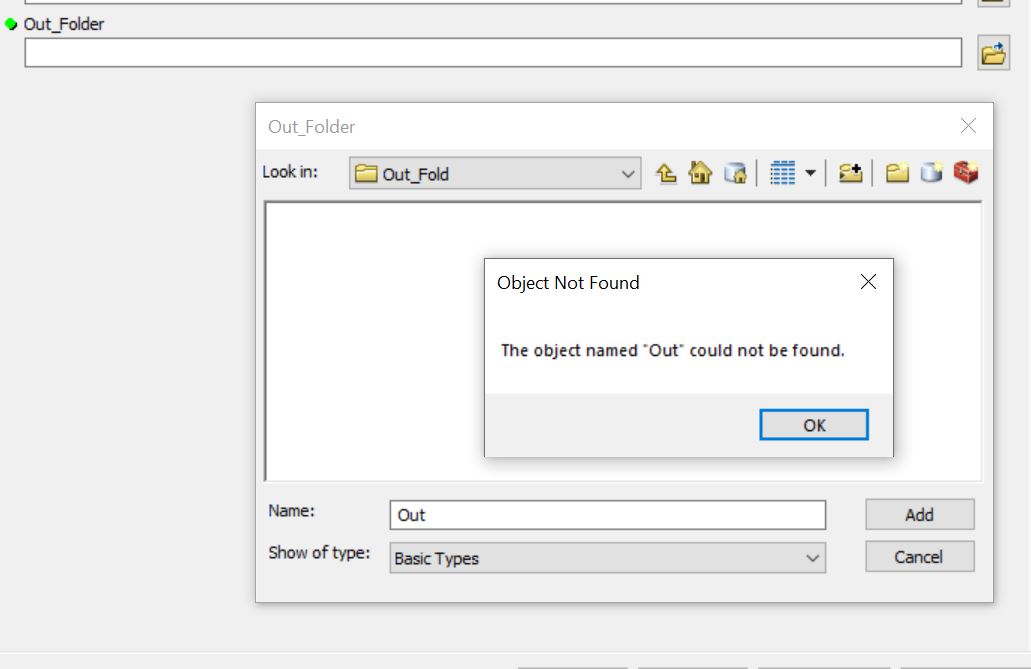 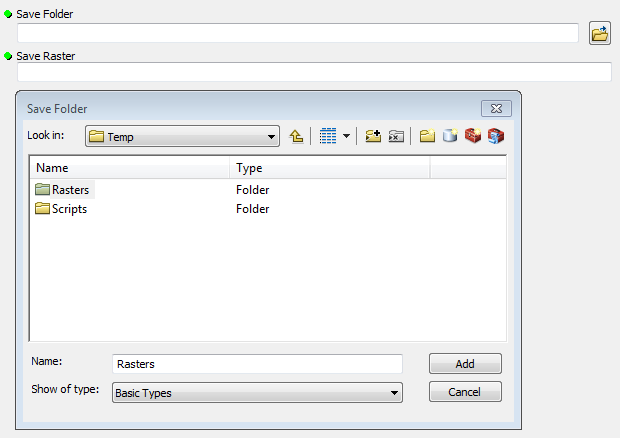 Thanks, i tried like you explained. It runs and tool says it is completed successfully but i cant find the output. This is the code i used

. All i see is the Try(output raster from the code saved in the folder called Fresh). I dont find the new name(Final) which i gave in the tool in a different output folder(Old).  Also i made the direction as input for the folder and added raster as a string in the tool parameters.

Try changing the last line from

Have it use the locations specified by "save_raster" with this:

Thanks for helping me from the scratch!