I am trying to visualise temporal data following this tutorial (but using my own data). I have a standalone table with the data in at different times for each feature, in a similar fashion to below (ie multiple entries for the values for each building at different times).

The standalone data table has 3,096 rows, showing the values for 43 buildings at 72 different times. The spatial data, to which I am trying to join the table, has 199 buildings (43 of which I have data for in the standalone table).

When I try to join the table to the layer, following the tutorial, the result only keeps the first instance of each building, ie the number of records in the layer's attribute table doesn't increase to include the values for each building at each point in time (as in the tutorial), but instead stays at 199 and only joins the values for the earliest time (thus making it impossible to visualise the data across time). Attached is a screenshot of the settings I have for the join – I've replicated those in the tutorial video but seem to have got a different result.

Where am I going wrong?

For the future reference of anyone searching for the answer to the question I had, I managed to do what I wanted to and complete the tutorial by using the Make Query Table tool to query a table (which comes with the relevant polygons, ie isn't just a standalone table with the attribute information) which included all records where the join attributes match: 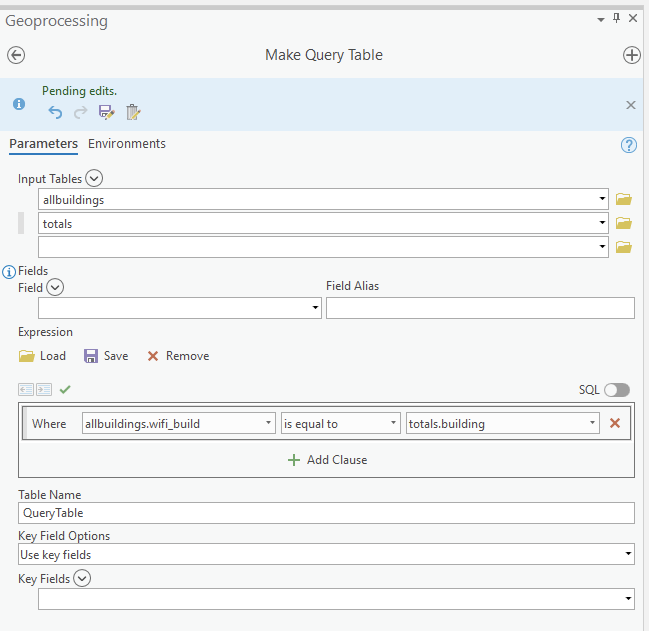 See the reply in context

No one else had this question
Mark as assumed answered

This content has been marked as final. Show 7 comments