When using the Split tool....my polyline gets split into multiple lines?

I am having issues with the Split tool.  When I try and split a line at a given point my result is not  a new feature where the break was meant to occur.

This is my line (one feature) 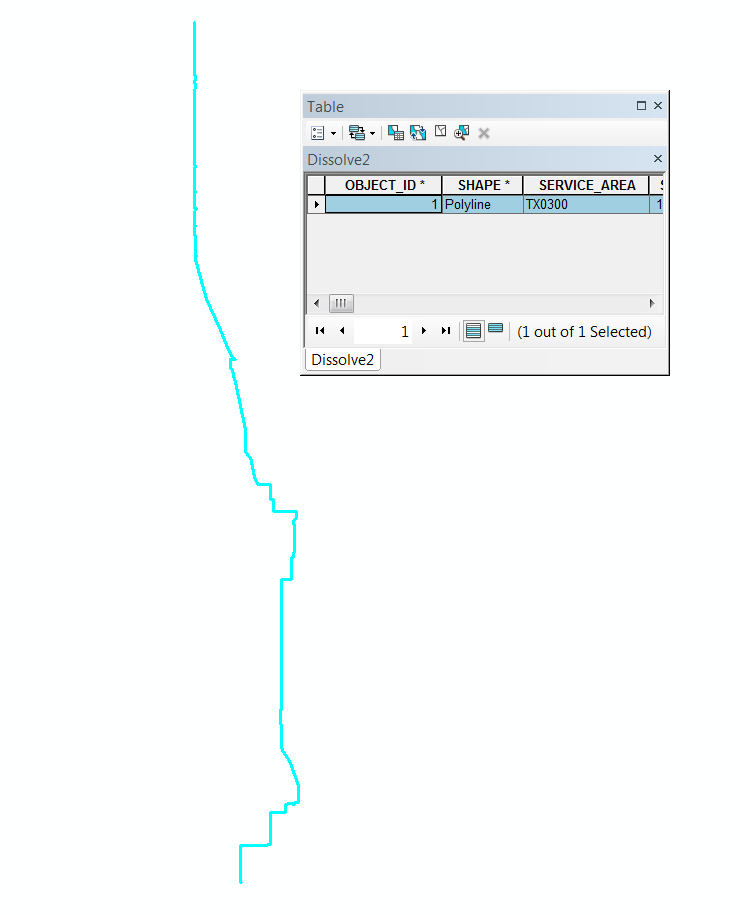 This is where I place the cursor for the split to happen. 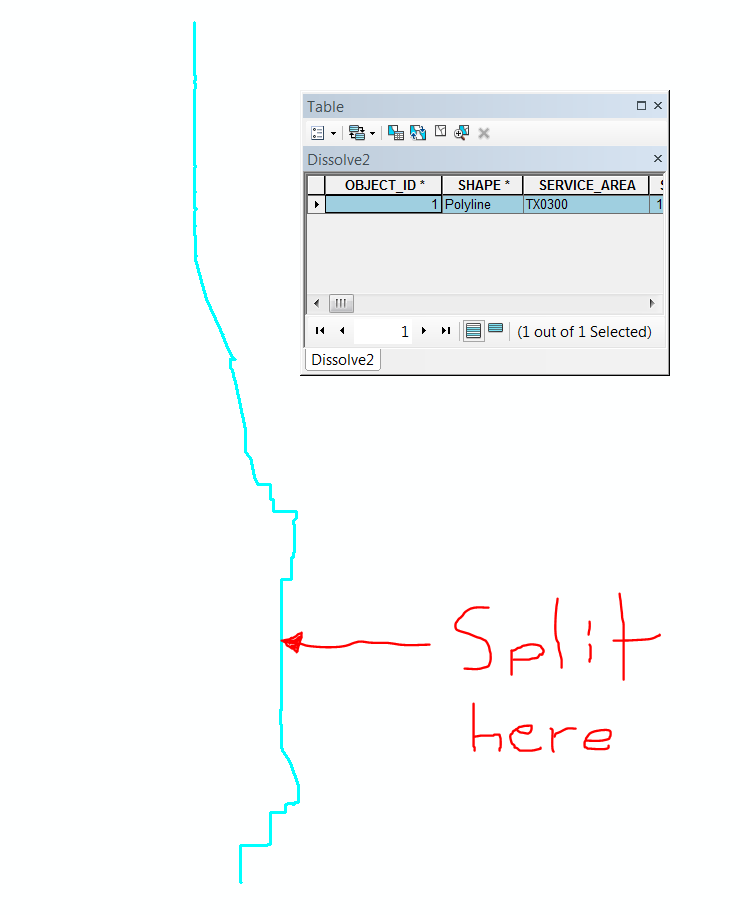 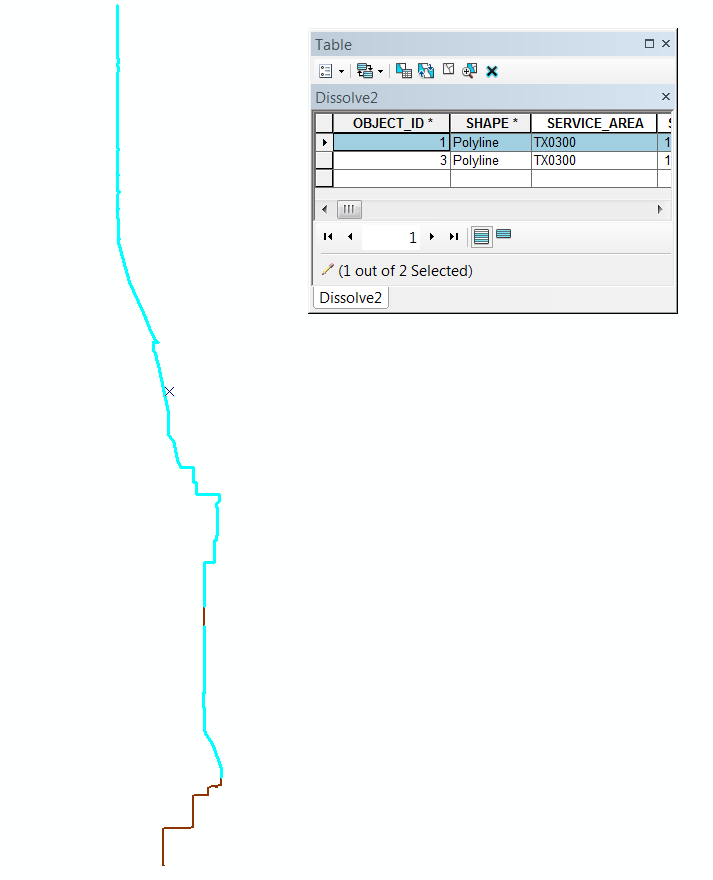 Has anyone seen this before or know what I might need to change in order for this split to work as I want it to?

Is this reproducible on other line segments or just this particular one?  Would merging the small line segment and the other line(s) to the south workaround this issue?

@Travis_lathrop Could it be that the vertices are out of order or that the source data (assuming it was from AutoCAD or something of the like) had a polyline that doubled back on itself?

To me, it looks like a "Multipart" polyline. That is the only time I have experienced something like this. Perhaps on the original unsplit line edit your vertices and select the ones in both areas that appear to be separated and see if the vertice are numbered sequentially or not.

If you merged the small line (which appears to be a segment of the larger segment since the are highlighted and only one feature is selected in your table) with the line(s) to the south as suggested by Jake Skinner, you would definetely have a mulipart polyline. I think then you'd be back at square one so to speak.

Make a new field in your table and run this python script !shape.isMultipart! or just edit your vertices for the newly split line and it will immediately show you if it is a multipart or not.

Hopefully this helps, let me know what happened if you don't mind. Of course, I could be wrong.

My guess is that Jerad White is on to the root cause.  If that is the case, another way to potentially fix it is to run the Repair Geometry (Data Management) geoprocessing tool.