A point layer feature class, representing sewer manholes, was incorrectly designed.  Each one has attributes for the pipes north, south, west, and east of it.  This is fine for a human looking at individual features, but is a nightmare to do analysis at scale.  I need to transfer these attributes to the actual pipes that are north, south, west, and east of each manhole.  Note that these terms might not mean the pipe is at exactly 0°, 90°, 180°, and 270° from it.

One idea I had was for each manhole to be the center of four 90° wedges, like a circle with an X through it.  The wedges would have all the attributes of the manhole.  A spatial join could help me transfer the attributes in the manhole layer to the pipe layer where they belong.  I can take it from there, and I do realize that each pipe can have multiple manholes connected to it.

But how shall I proceed to make a wedge layer from points?  Sure I can buffer the points, but I don't know how to cut an X through those circles' centers.  Any ideas?  I'm semi-comfortable with Python and Model Builder if that's part of the solution.

Thanks in advance, GIS experts! 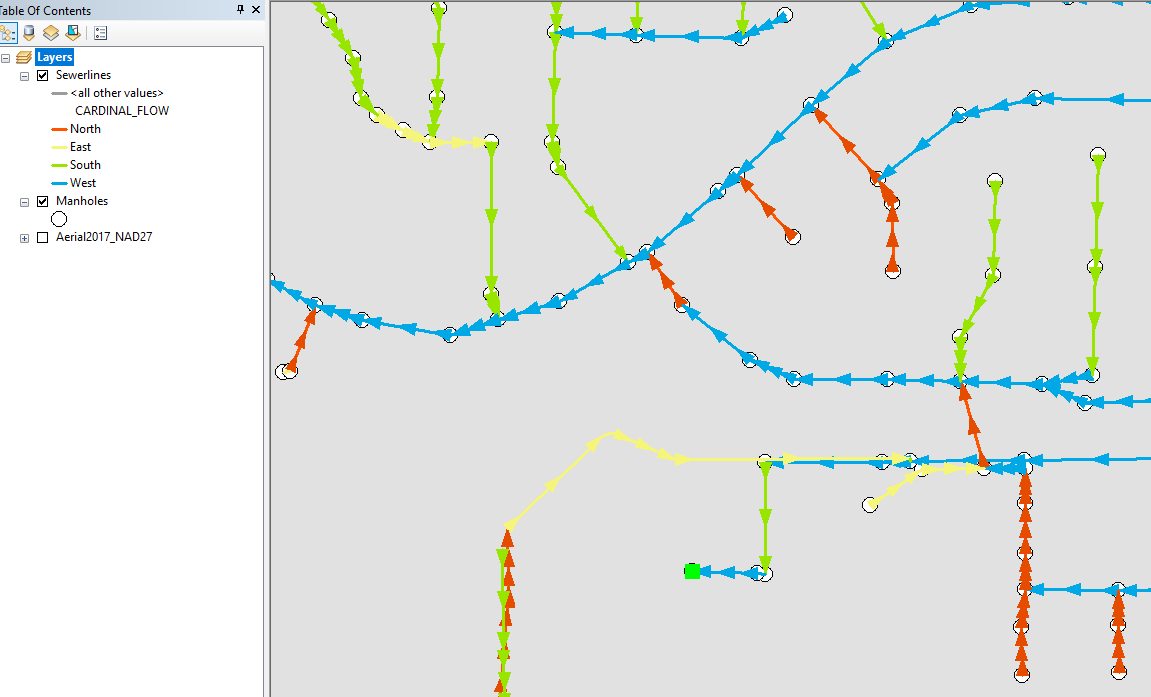 As well as producing sectors, rings etc around points.

Maybe a visual of your scenario might provide a quick solution, assuming you have some coding experience

I knew that I had done some of this before. 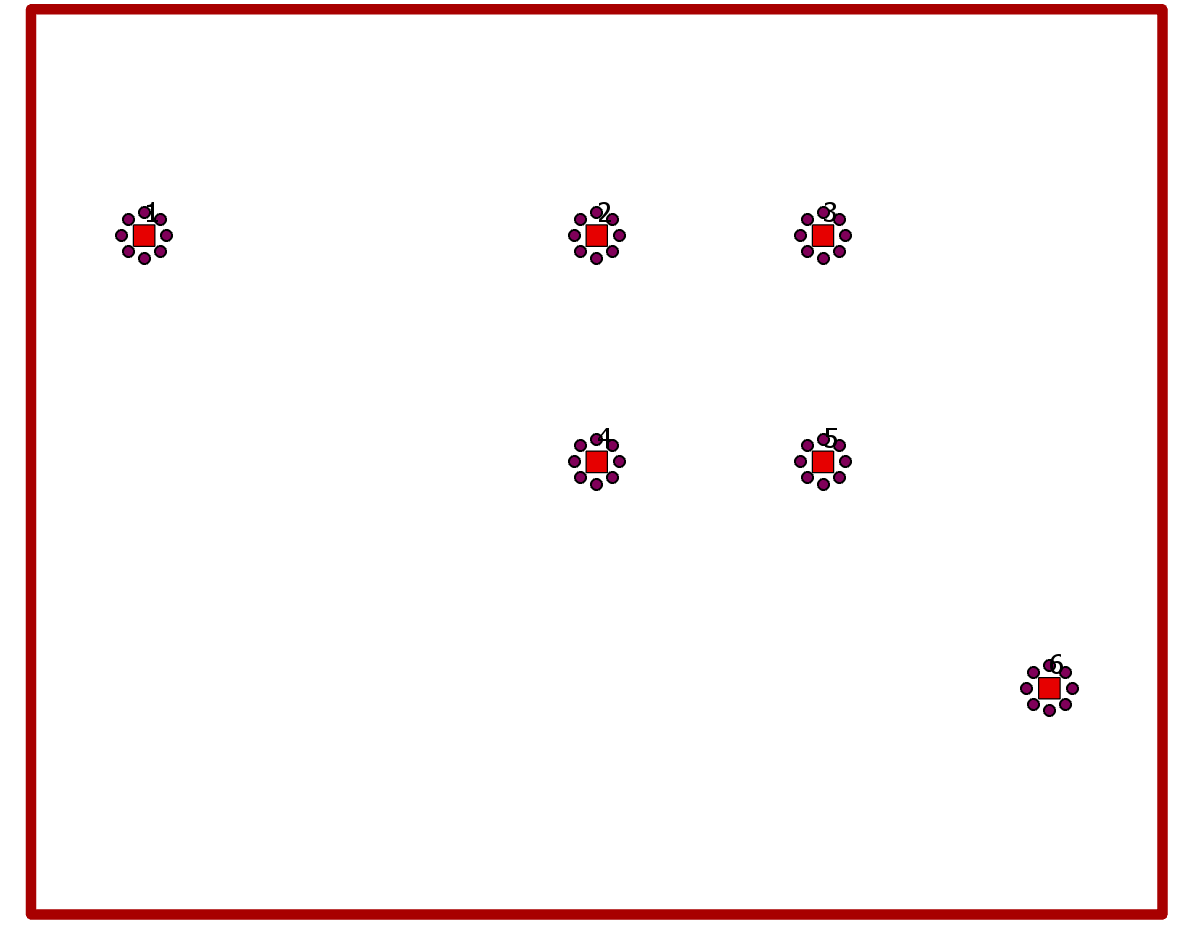 This shows points at 45 degrees around existing points.

If you have PRO, you are in luck.

First of all, thank you for taking the time to read my post.  I am greatly impressed by your posts about points, and the submissions to Geonet and ArcGIS.com in general.  Your work with geometry looks really cool, crisp, and clean.  As I read those posts, though, I couldn't figure how they apply to my situation.  I think a sample graphic would be good to include.  I show here a screen shot from my manholes and sewer lines feature classes:

Remember that each manhole has four attributes it doesn't really need...attributes which really belong to the sewerlines north, south, east, and west of each one.  It was created this way by a waste water professional who cleans the lines through the manholes.  Here are some example attribute transfers.

Manhole #120 needs to transfer three of these attributes to the lines west, north, and east of it, even though the line north of it doesn't go directly north.  The north attribute should not be transferred to the line between #175 and #034 since it doesn't share a vertex with #120.

The west, north, and east attributes of manhole #175 need to be transferred to the lines connected to it.  However, the north line immediately bends west and should not get the west attribute.  The fact that the line starts out north is what makes it a north pipe.

This is what I need a script to solve.

Ahh, I misread, I thought you needed to create the cardinal points.  I will rethink in light of the image

I was able to figure out using this helpful post which actually also talks about sewer lines and manholes:

Now I have a completely connected network dataset where the lines know their slope.  Combine that with their length and width I should be able to do a lot of great analysis.

Looks good Roger, glad you worked it out