How to add a new point to an existing attribute table, knowing lat

I have an Excel table of points with X,Y coordinates.

I imported it into ArcMap and created a feature class and then a map. All fine.

Now I want to update the map by adding one more point, whose X,Y coordinates I have.

But I don't want to re-import from Excel because that will create a NEW feature class, and I like the one I have and how it looks on the map (symbology, labels...). I don't want to have to re-do all that.

Isn't there some way to add this one new feature to the existing feature class' attribute table? Of course, ArcMap would have to digest the X,Y coordinates that I typed in. How?

Also there is direct method.

While you in start edit session . click on create feature then click on the point template featre and right click on screen and choose Absolute x, y 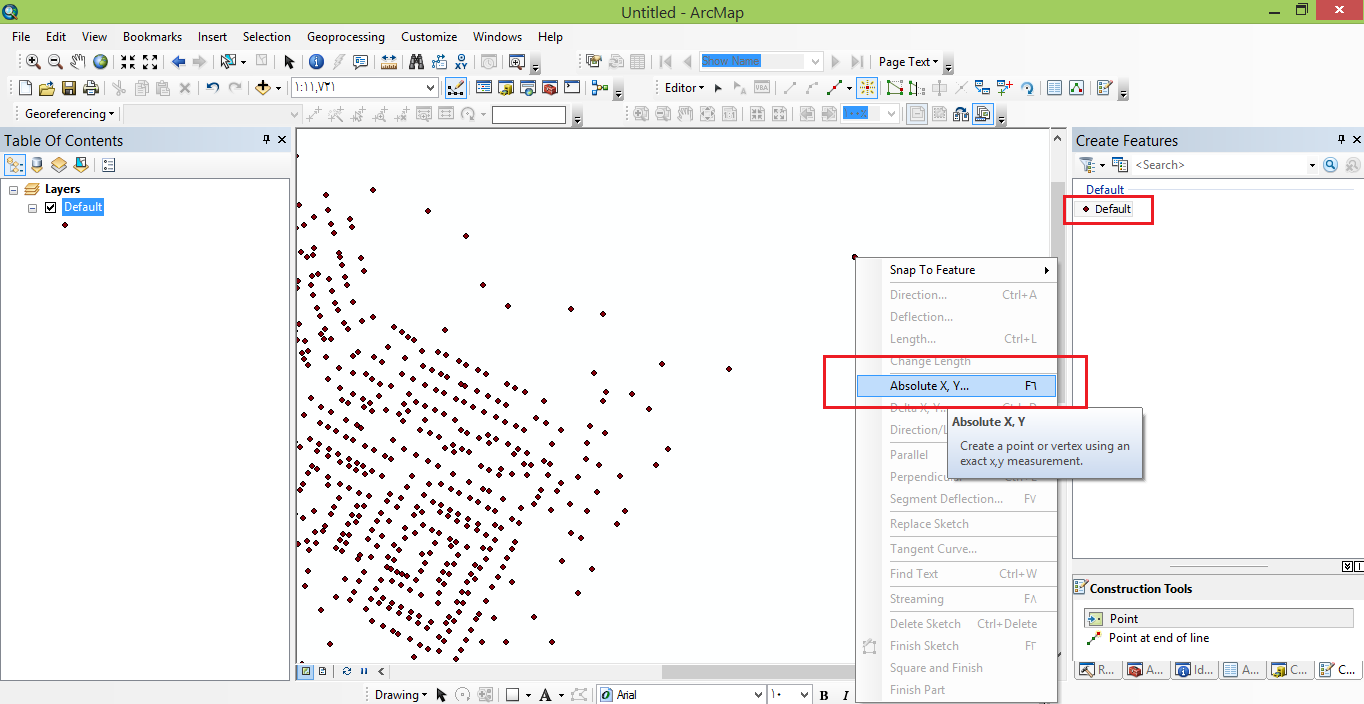 That will add it automatically in your feature class

Add your point feature class to an ArcMap session.

Zoom to it's extent.

Look for the GO TO XY button, typically on the default tool bar

Enter the coordinates of the new point

Open an edit session on you points

Add a new point where you just added the labeled point..... 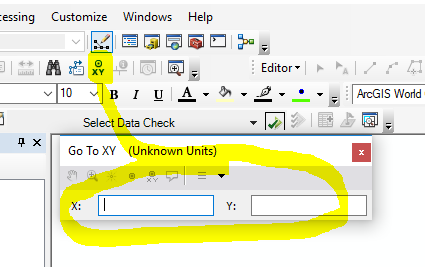 Similarly, you can add a new point anywhere, and then move it to the specific coordinates: Moving a vertex to an exact x,y location (absolute x,y)—Help | ArcGIS for Desktop

Also there is direct method.

While you in start edit session . click on create feature then click on the point template featre and right click on screen and choose Absolute x, y

That will add it automatically in your feature class

Thank you all! As so often with ArcMap, there are several ways to do something. They all eluded me in this case. Playing around with all 3 suggestions, I find the last one from Abdullah Anter to be the easiest for me. It's a little more direct than the other two. But I so much appreciate the quick replies from all of you. -Steve