So, I have a polyline shapefile containing the street network of a large city. It contains avenues, streets, cul-de-sacs, etc. It is all a single layer. I would like to generate a new point layer where each point comes from street intersections (nodes) of the first layer. I thought the Intersect tool would do it, but it seems like it is meant to be used to generate points where TWO or more other layers intersect, while in my case all lines are in the same layer. 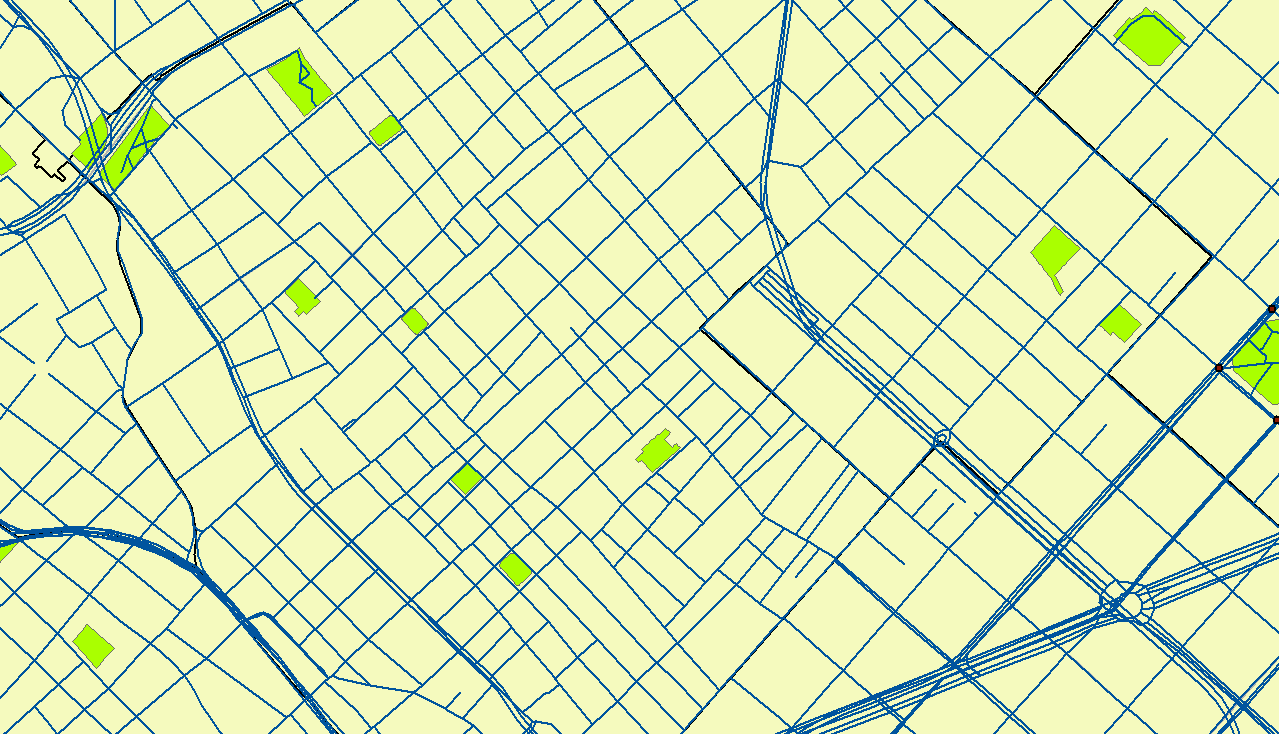 On the image, the blue lines depict a single polyline layer. I would like to generate points basically at every street intersection (ie, at every point where a single line intersects with another).

Anyone has any experience with this?

It won't be perfect but

and you can always use the same file twice in intersect

If you create a geodatabase topology, it will create a vertice at each intersection.  You won't have to create any specific rule for the topology.

Thank you, it worked.