At my last job I downloaded an xml editor that worked really well to make changes to Feature Class attribute schemas. By exporting the "schema only" in arc catalog I got the xml file and open it in the editor.

The editor would display the xml as a series of folders which makes inserting a new field a snap.  I thought it was notepad ++ but I just downloaded it here at my new job and it's only displaying a traditional xml <tags> type of format.

Does anyone know which xml editor I'm describing here?

X-ray for Geodatabases/ArcCatalog, perhaps? I can't get it to run on my security-limited system, but it has fans.

Thanks Dana- I too have struggled with x-ray, so I know it wasn't that.

Here is a shot of an ArcGIS/ArcCatalog generated xml file of a table.  I need to add a few fields.  Lets say I needed to add a new field above the field called NAME.  I just insert a new folder where I want it, call it what I want it, define it like I want, save it, import it back into ArcGIS and I'm good to go.... 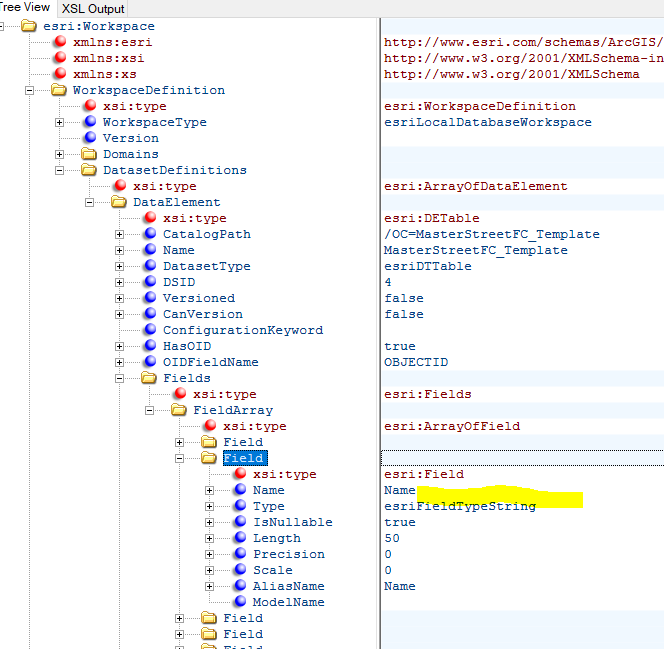 Hey Joe hope you are well,
please could you kindly help me!