Will merged road datasets be "linked" and ready to use in a network dataset?

from Merge—Help | ArcGIS for Desktop

And of course there is no guarantee that you won't have gaps, duplicates or myriad of other issues.

Experimentation would be your answer, but using something for which it wasn't designed should be considered

Yes I was wondering what must be done to "planarize" the two datasets. Glad to know that union will do this. This is what I was looking for. Thanks

"The Feature To Line (Data Management) geoprocessing tool can be used for 'cleaning up' the data.

Where input lines or polygon boundaries touch, cross, or overlap each other at locations other than their start and end vertices, they will be split at those intersections; each of the split lines will become an output line feature. If an input line or polygon boundary is not intersected by another feature, its entire shape will still be written out as a line feature.

In Addition, remember to set the Preserve attributes option to true, in order to preserve the attributes in the output file."

Also the comments by ccn and fmark point out that:

"This is the most efficient option, and you can go a step further when you set an appropriate cluster_tolerance to 'correct' minor undershoots and overshoots in data, too (but be wary that the tolerance value doesn't simplify the data beyond useful spatial accuracy)" - ccn

"Its worth adding that if you want to do the cluster combining as a separate step you can use the Integrate tool." - fmark

If you have ArcMap 10.3 you should also look at the Conflation Toolset in the Editing toolbox.  The Generate Edgematch Links and Edgematch Features tools may be of particular use.  The other Editing toolbox tools can also be useful if you don't want to use a geodatabase topology.

If combined roads have same code or name ...etc

you can after merge the roads use Unsplit lines Tool in (Data Management Tools - Features ) and using the field that has same code for each splited road in two feature classes  in Dissolve_Field option in the tool. 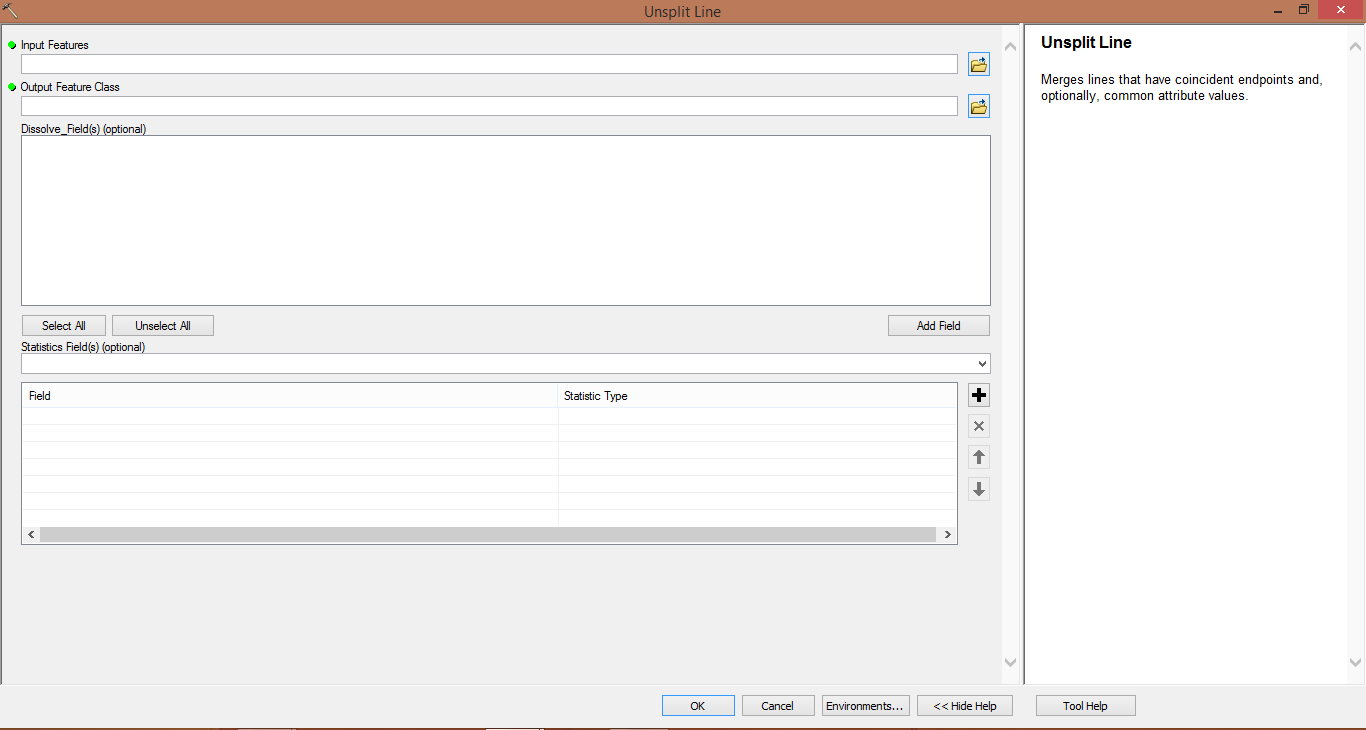 If you don't have shared fields between the two datasets, how do you expect to build a Network Dataset? A Network Dataset without a set of fields that apply to the entire network to control things like route naming and evaluators is not going to be very useful.

I suppose I should mention that the two datasets do both have a field to uniquely identify each segment, but they use different conventions. The duplicate segments do not have the same entries for the field that uniquely identifies the individual segments.