I need to use the create query table tool. When I do it manually it works fine but will NOT work in a model.

I have both table and spatial layer in athe same personal geodatabase. I have tried using different syntax, double quotes, single quotes, square brackets around table and field expression. All deliver empty results and error 1.

Why don't you do it manually and copy the syntax used from the Results window?

I have tried that and the expression and create table works manually outside of the model window but not within it. Same expression, same inputs.

it probably has something to do with the input path names.  Are there any spaces and other characters in the paths? any non-simple characters (internationalization)?  Anything you can provide as to the inputs both through the common interface and through the model would be useful.  Also, check your environment settings, I doubt you have provided any within the model, but there may be some being used through the tool

No spaces or characters. I have found [layer].[field] = [tableName].[field] with both fields sharing the same data format in this case text and even the same size works well outside the model. I will check environment settings but suspect as a later comment suggests it is an esri "feature" aka bug.

Hi, it is a known issue that the expression in Make Query Table may not validate when it is correct and vice versa.

For File GDB inputs build the expression without double quotes.

even in 10.4.1?  Is there a bug number? when was the error introduced?  Times like this, I wish they would like bugs/issues to the help files 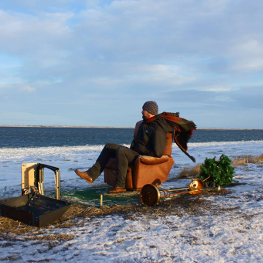 The bug is not directly related to ModelBuilder, but it may be causing some extra confusion in this case.  Since the tool is working outside of ModelBuilder I suspect that the bug Robert mentions below might be the main problem.  BUG-000097508 is related to various incorrect errors which are thrown when validating syntax generated by the Query Builder.  While it's possible that Antonia is hitting some of these incorrect errors, if she's got it working in the standalone tool then it should also work in ModelBuilder.

I will believe it when I see it, but the status was recently updated to say it will be addressed in 10.5.1: