Geodesic distances: How long is that line again?

What are Geodesic distances?

A geodesic line is the shortest path between two points on a curved surface, like the Earth. They are the analogue of a straight line on a plane surface or whose sectioning plane at all points along the line remains normal to the surface. It is a way of showing distance on an ellipsoid whilst that distance is being projected onto a flat surface.

However there are several types of lines that have different definitions which are listed at the bottom of this blog.

What this image represents is the actual path taken (geodesic line) if I travel in a straight line, relative to me with no turns, from London to Singapore along the International 1924 ellipsoid (this is what I displayed the map in ArcGIS in EPSG:4022). 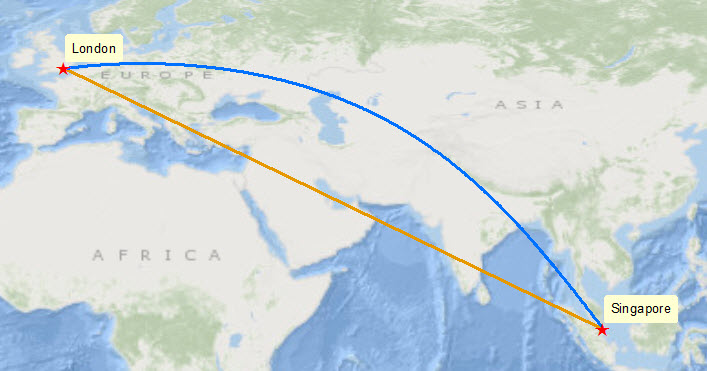 Why is this important?

Apart from what can be very large differences between geodetic and planar measurements, see the above example, in the real world these differences can have a legal consequence such as those seen in constructing license areas for oil and gas exploration and production, international boundaries and exclusive economic zones.

An example of geodesic line constructions having a political role is seen in the Beaufort Sea International Border dispute between Canada (Canadian Yukon) and The United States (Alaska). The maritime boundary between the two countries has been defined differently. Canada claims the boundary to be along the 141st meridian west out to a distance of 200 nautical miles, following the Alaska-Yukon land border (this is derived from the 1825 boundary treaty between Great Britain and Russia). The United States on the other hand define the boundary line as stretching out to 200 nautical miles perpendicular to the coast whilst being equidistant from the coast. 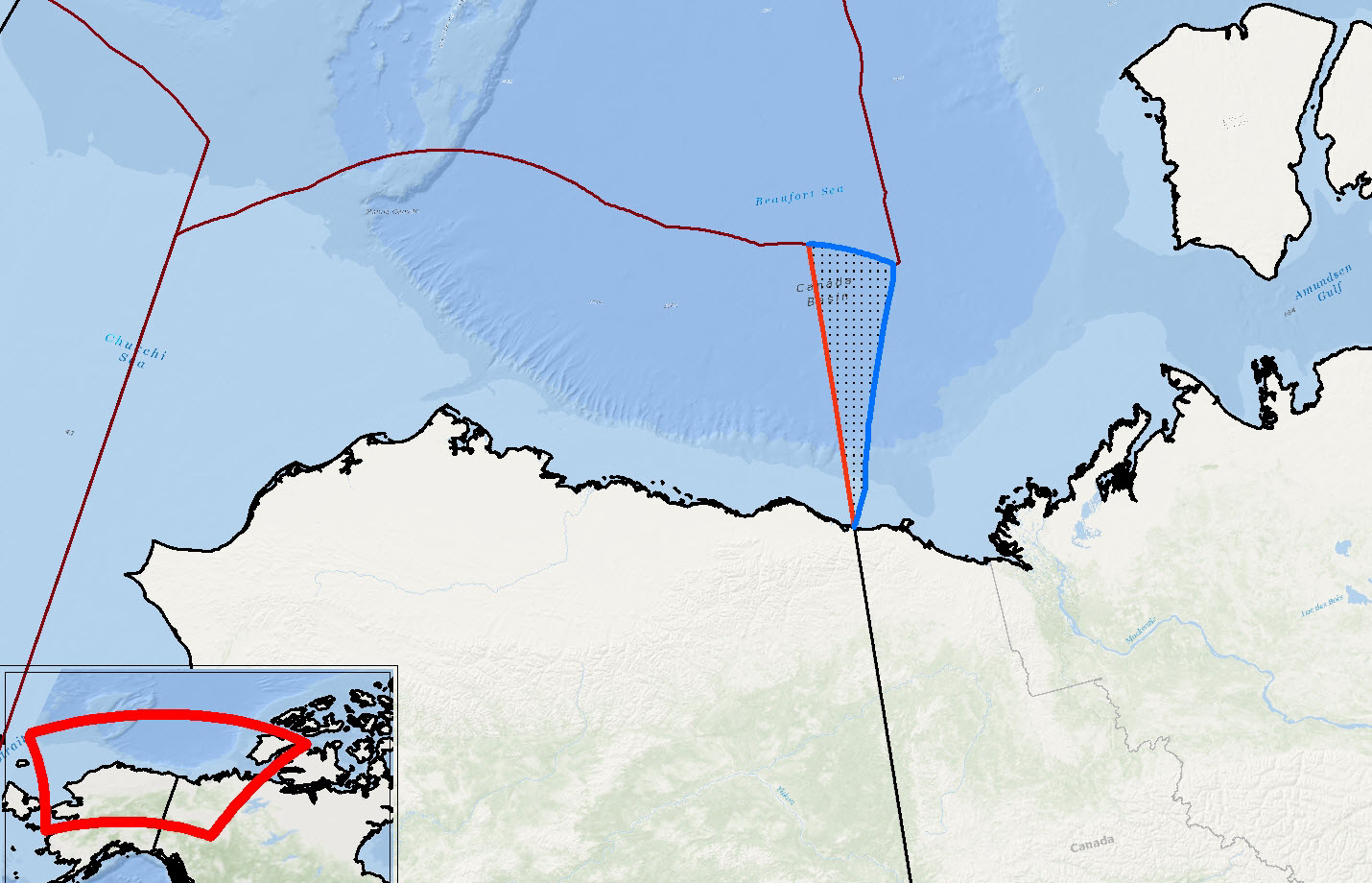 Red line is the Canadian boundary, Blue line the USA boundary and the stippled area is claimed by both parties.

The features you draw in a normal ArcMap edit session are not geodetic (they are planar) unless you create them using either the Advanced Editor Construct Geodetic tool or one of the following geoprocessing tools: Bearing Distance To Line, Table To Ellipse, or XY To Line. Geodetic features do not account for changes in terrain, this is a topic for another blog.

The Construct Geodetic tool is found in the "Advanced Editing" toolbar. 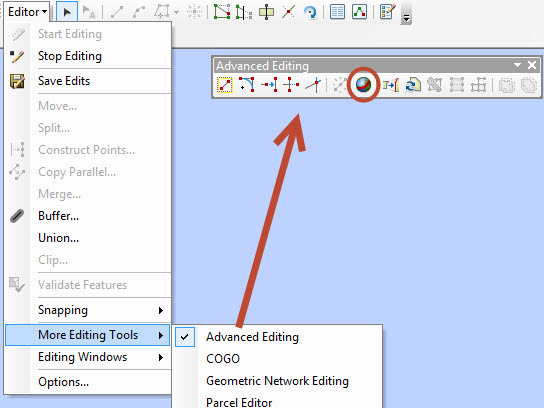 Here I shall make the Canadian border line which is defined as 200 nautical miles offshore along the Canadian-US border following the 141st Meridian Line. 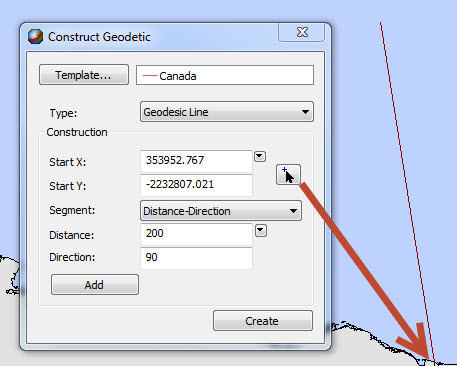 Now the line is constructed according to the chosen ellipsoid and is saved as a new feature upon saving edits.

Taken from About geodetic features

Something extra to try:

A cool app to see the effect of the project on a straightline:

Courtesy of The Magiscian | DIY maps, geoapps, discoveries … and magic in geography

Great write-up. Thanks for expanding my massive vocabulary with loxodrome.

Looking forward to your next article.

Excellent summary Simon...but...as a Canadian... it does exemplify the fact that normal distances from planar coordinates shouldn't take override distances along a geodesic

Thanks a lot for the post. I have a question regarding this post. For a line layer (projection "WGS_1984_UTM_Zone_15N") in ArcGIS Pro was calculated line length in two versions - a Length and a Geodesic Length (tool calculate geometry). I got slightly different segments (since they are no more than 30 m long). But oddly enough, the Geodesic Length was shorter everywhere. How can this be? When calculating, I always indicated the projection coordinate system "WGS_1984_UTM_Zone_15N". 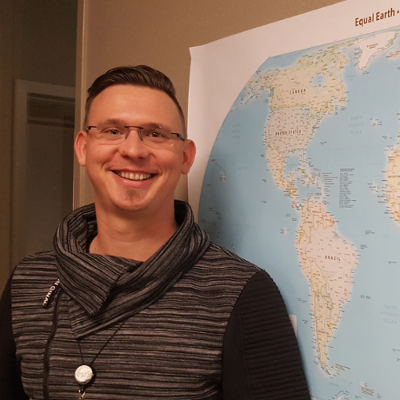 I hope this helps...