I'm experiencing odd behavior in the Web AppBuilder Basemap Gallery widget. Here is a breakdown of the situation. 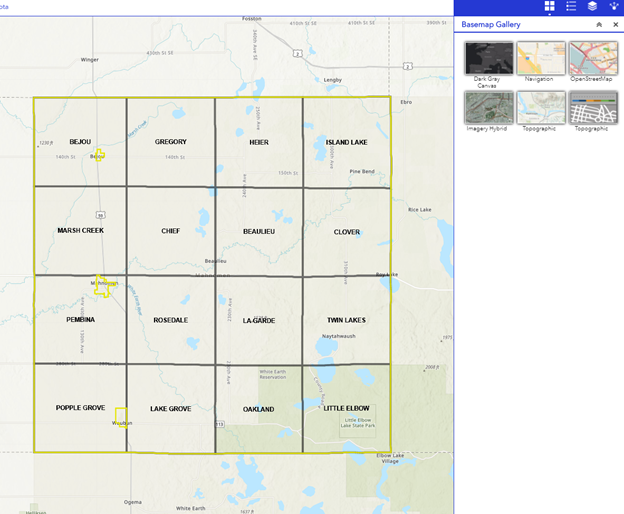 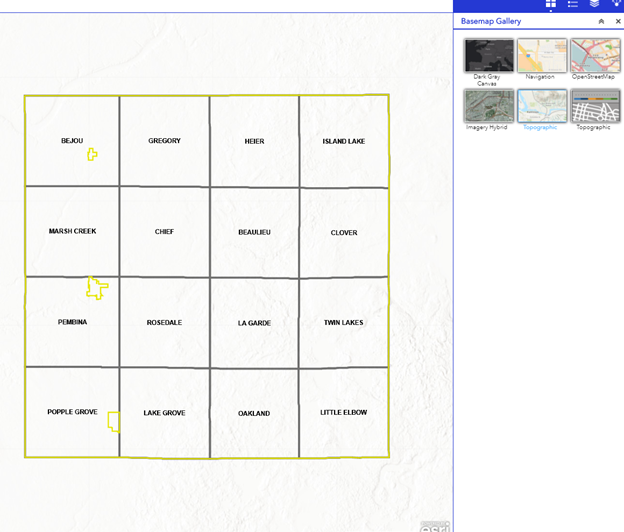 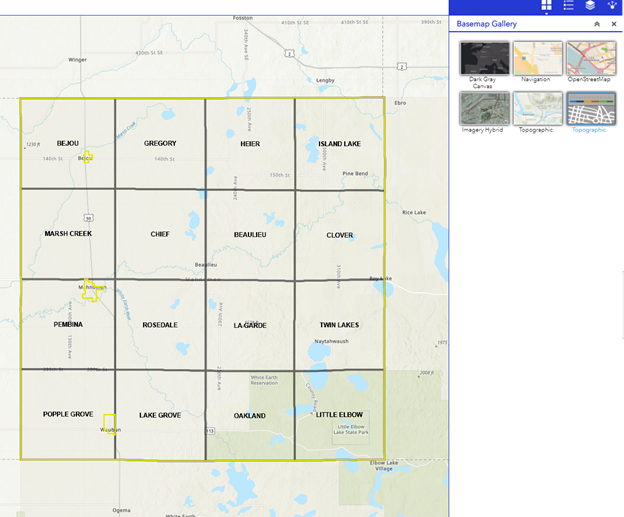 I have configured this widget many times before, and have observed this behavior only recently, and in one other Web AppBuilder app that I've configured. Below is the Basemap Gallery widget configuration used. 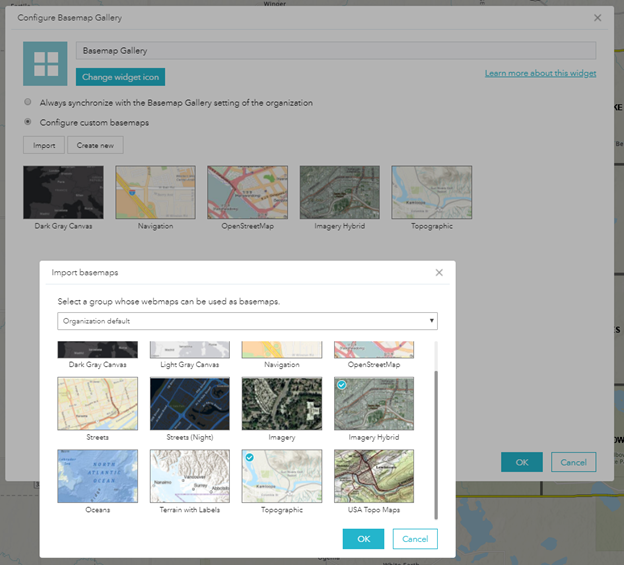 Have any others discovered this behavior? What can be done to fix the configuration of the app (or the web map basemap or the organization basemap group)? Am I overlooking a piece involved in this? Is this a bug introduced in a recent update to Web AppBuilder, and if so, is there a workaround and will the issue be resolved in an upcoming update?

This is not an urgent issue, but more of a nuisance. It will be helpful to know if there is currently a workaround or resolution to it.

I have seen this before when using a non-default esri basemap in your web map. The basemap gallery tries to add your web maps basemap it does not see it as a standard esri basemap and then it does not get selected in the gallery but is added and at times adds something that is a duplicate of another basemap. It seems to be an error that needs to be reported.

I am also having the same issues with organizational basemaps.  They show up in the web maps but are not available in the Web Appbuilder basemap widget.

You should call esri tech support and file a bug on this.

Mike, we are experiencing the same issue where a custom basemap is added to the Basemap Gallery selector and available in a Web Map but not available when you bring that Web Map into a Web App. We think it might be do to projections but we have the custom basemap defined with the identical projections as the Esri basemaps. Did you find a solution or identify a bug? We have not put in a ticket with Esri yet but believe that might be the best course.

There is no current workaround for this issue if you use secure services from ArcGIS Server.  If you are having the same issue I would contact ESRI support so they see it is impacting more people.

Hello all - I would say this issue has cropped up again.  I just upgraded to Enterprise 10.7.1 on Saturday August 17, 2019.  Our custom basemap gallery has living atlas content (Human Geograpy) coming from a send-recieve collaboration group pair between portal and agol.

Hi again -  has anyone seen a resolution to this?  Because we have living atlas basemaps configured as part of our basemap gallery.  This has become an even greater issue when using the 3D Wab because there is no configuration for the 3D basemap gallery widget.  In 2D, I can at least configure and hard code in our Enterprises' basemaps from our basemap gallery, but cannot do so in 3D.

An update - this is also an issue in Pro.  Public basemaps in our custom basemap agol group won't load to Pro if those webmaps are Collaborated.  I think that because we do not allow anonymous access to our Portal, that this is what is causing the hiccup for both the WAB and PRO.

If I save a copy of one of my collaborated webmaps, that removes the Collaborated tag (status, icon, whatever).  Then that webmap WILL load to Pro from the basemap ribbon tool.  I'm wondering if Kelly Gerrow‌ has come across this yet?

Sorry for the late reply and this isn't something I have come across yet, but based on your testing and description, it sounds like a bug. I'll pass this along to the team, but I think it is best to get this logged with tech support so you can track the status of the bug.