I am running a Loop trace on the Naperville electric data, using subnetwork/feeder RMT004 as a test. I placed the starting point at the north end of town, which returned medium voltage conductors nearby plus a conductor to the south that goes to the circuit breaker. Below shows the trace output.

RMT004 has several other conductors in between the north and south areas shown below with isvalidloop = Yes, but none of them were returned with the trace output. Looking at the conductor immediately adjacent to the south section (second image below) , there does not appear to be any distinction in the attributes as to why this feature wasn't returned with the output.

-None of the ElectricDevice features returned with the output have isvalidloop = Yes.

How does the Loop Trace tool determine what is and is not part of the output results? 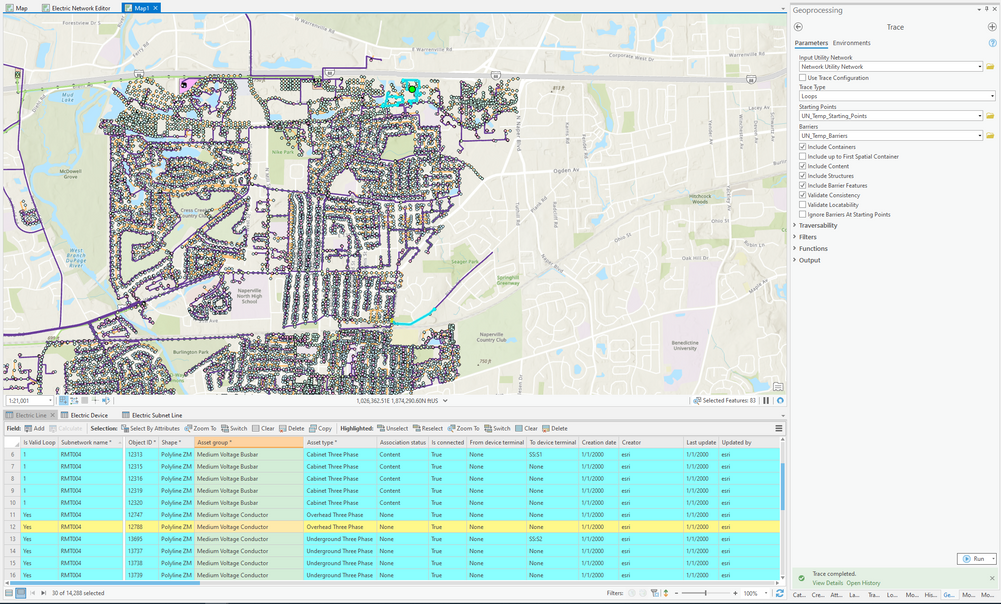 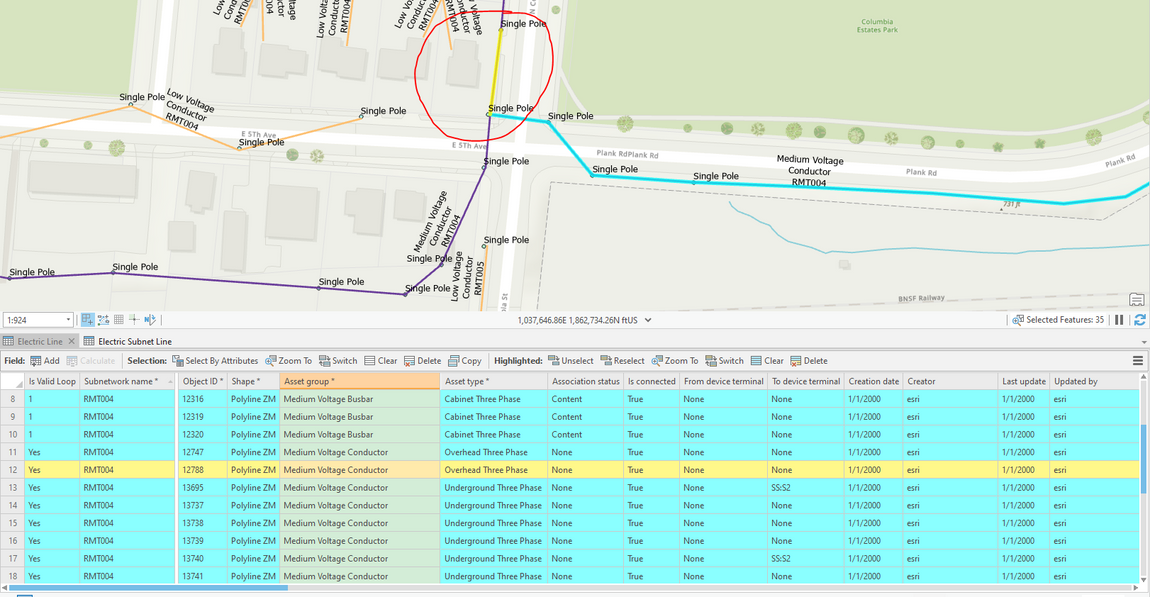