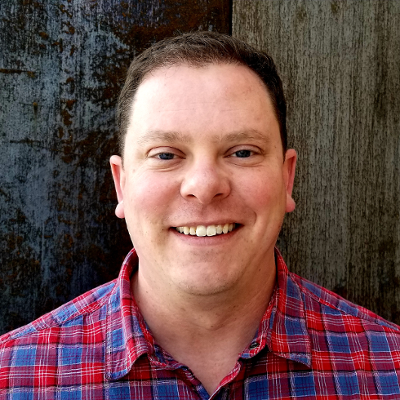 I'm trying to learn more about how Collector and Field Maps can work with Utility Network data while writing to specific versions or create new versions during an editing session.

I think I understand that with traditional versioning, we could 'enable sync' while publishing the service and choose a few different methods of version creation.  But this only seems to apply when the editor takes the map offline.  This isn't a situation where the editor is just always writing to a new version.

With branch versioning, we can't enable sync when publishing.  Instead we rely on enabling 'Version Management' when we publish.  This seems right for desktop workflows, but what do we do about mobile workflows in Collector or Field Maps?  How can I get a user to always write to a new version or an established 'fieldcrew' version as an example?

I believe there is currently no way to do this other than to have the user download their area of interest that they will be working on in the field and then have them sync when connected. IT only applies to offline scenarios. https://enterprise.arcgis.com/en/server/latest/publish-services/windows/offline-maps-and-branch-vers...

There is no way to have them write to/connect to a version in collector or field maps make their edits and have you review them. They will always be editing the default in a connected environment.

I am almost 99.9% sure this is the case but would love to be wrong!

I'll be interested to see the replies here from ESRI.  Not too long ago we had the same question, but were essentially told that field workers would basically only be able to edit to DEFAULT (even now I'm not confident in that memory because it seems like that just couldn't be the case, but it is the message we walked away with).  This workflow, of course, would be tricky at best.

I do think there was some messaging that this would change/improve on later releases, but I haven't been involved in the conversation recently.

Right, but since we are using the REST endpoint (even if it's behind the scenes in Pro) to create versions, make edits, etc., then why couldn't we expect that the off-the-shelf solutions could do the same?  A rhetorical question I suppose.  But if the only solution is to extend Collector or Field Maps on my own to do this, forget it.  I have enough hats to wear.

Hey Logan, to piggyback of what Heidi and Jon said, there currently is no way to publish a service that is pulling from a version as those branch versions now live at the rest endpoint level.  This negates the workflow field staff have used in the past to make field edits send them back and then push to default.

Field Maps simply doesn't have the logic built in to switch to a named version while in the application.  Further complicating this is the fact you can't have multiple editors in the same version.  A lot of historical workflows involved field staff sharing a version. This made it much easier to review edits that came back in.

We have been inquiring about this since the release at 10.6.1 and haven't seen much movement.  As Anne mentioned the only way to do versioned editing is to take the data offline--I believe this became available at the 10.8.1 release.  It is a more involved process to manage this workflow as the administrator needs to ensure replicas are deleted.  Deleting the downloaded collector map does not remove the replica.

I, along with others on this thread hope to one day see connected, real time versioned editing ability with branch versioning.  It would also be nice to use a QC version which branch versioning does not support...

to edit data in collector and or field maps  is only available in the default version. Whether Traditional  or Branch.  We have been this road trying to publish data from pro and trying to enable sync..just wont do it. The other caveat is I pretty sure that the current field maps version does not accept versioning as of yet. Which is also dependent on what version of enterprise you are on. I'm actually surprised 10.9 still does not have that functionality yet?

Any thoughts here on database replication?  I haven't dived deep enough to know if it will work with a UN, but if I created a two-way replica, could I not publish the service with the replica?  I'm not sure if replication is even supported with branch versioning.  It feels like it is.  I'm not seeing much that says otherwise.

Hey Logan,  esri replication is not supported with Branch versioning.  I wish I had better news, but from what we've heard replication for branch versioning isn't on the radar.  I can buy you a beer or coke or milkshake if we ever meet up if that helps any?  I know it is super frustrating.

Lol.  Yeah, beers help a lot in our profession.  Personal opinion of course.

Yeah Beer...it does help. I spent months trying to figure out why with collector you could not publish anything with a version or use a version mobily. It is very frustrating cause the UN stuff lets you actually edit via a web rest service. You just have to count on no mistakes..lol