I am stuck. I followed the steps in this awesome blog post for creating a connection to an ArcGIS Enterprise instance by Ismael Chivite : https://community.esri.com/groups/survey123/blog/2019/06/04/survey123-tricks-of-the-trade-integromat

My new enterprise connection can see all my surveys in MY portal (this connector only sees surveys owned by the account you use to configure your enterprise connection from what I can tell). My newly configured webhook was automatically added to my survey, I test run the scenario, and then, bummer, I receive this error on every survey I have tried.

We are on duel machine deployment of Portal for ArcGIS 10.7.1 with a federated server. The feature services are "hosted" in our data store and there are no issues with the survey functionality at all. It seems like the 1st step of creating the json payload from the webhook in my Integromat scenario is failing to capture the data. I get the exact same error even with a simple form with no attachment or geopoint questions. I've set sharing to public on all the services and forms. I've turned off server firewalls but the error persists. From my experience this seems like a permissions issue on the service, but I can't seem to figure out a solution. Any insight would be greatly appreciated! :) .... James? James Tedrick

I believe what is occurring is that the query for attachment keywords (used to distinguish one image question from another in Survey123) is failing as that is not yet supported in ArcGIS Enterprise.  I'll take this in as an issue to address.

Thanks James. So even if we have a survey with no attachment questions it doesn't work. So essentially survey123 and Integromat webhooks are not supported in ArcGIS Enterprise?

Integromat webhooks should be supported with ArcGIS Enterprise, and we've had other users work with them- given the error, I assumed that you had an image, file or audio (attachment) question in the form.

I just started completely from scratch. Created a brand new survey with 2 questions: A text and a datetime field. Built out a new Integromat "watch survey" scenario to send an email to myself via gmail upon new survey submission and got the same queryAttachment error. 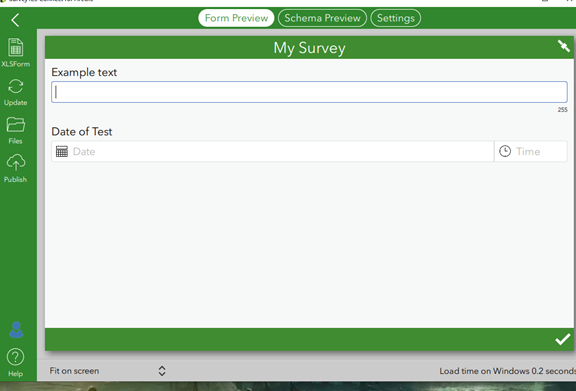 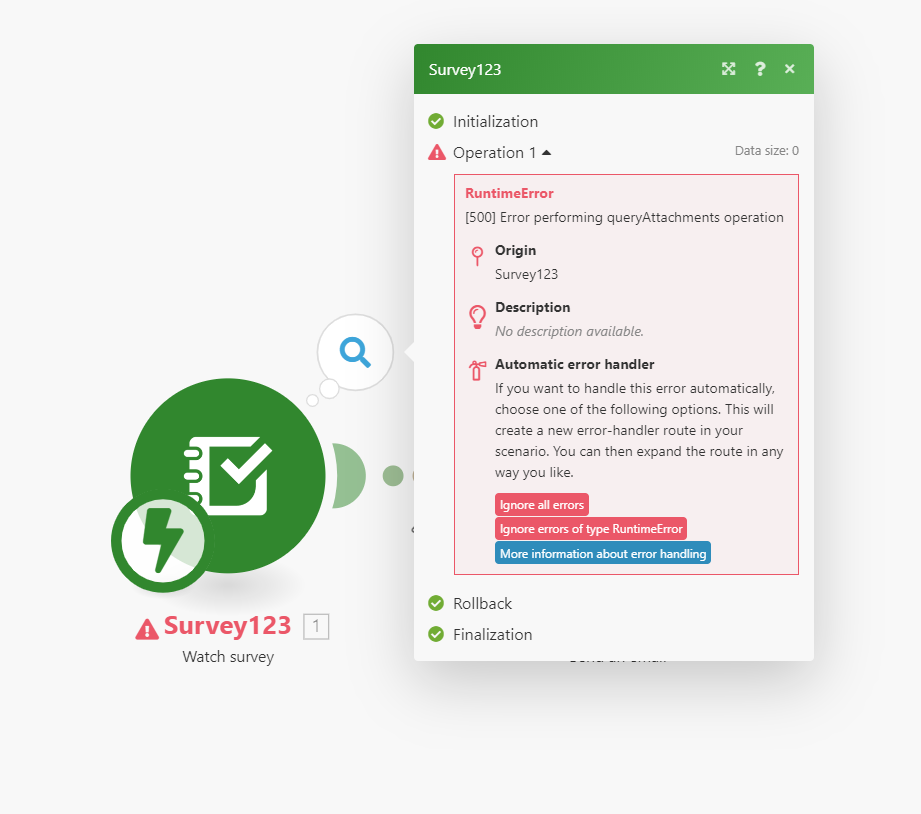 Any idea when Enterprise will support Survey123 attachments transferred to Integromat scenarios? I cannot find any information in the survey123 payload about the signature attachment image from my survey. I'm running Enterprise 10.7.1.

The ArcGIS Enterprise team is working on supporting the capabilities needed in a future release.

At this time this issue is related to the Feature Layer which is in your ArcGisOnline (AGO) Content for the Survey. In this case I had two Feature Layers in the AGO Survey’s Content. And If I had the “Advanced  Settings” checkbox on, I would be able to chose which feature layer was included in the Create a Report Module, which causes the whole Scenario to FAIL at this module. Leaving the Advanced Settings checkbox unchecked somehow allows the Scenario to Include both of the feature layers in the scenario allowing the whole scenario to run with success.

A repeat of this fix; In the end the fix for this was in the Survey123 Create Report Module in the Integromat scenario, and to -leave off the checkbox for Advanced Settings and save the Module with this box UNCHECKED. Like you see in the clip below. 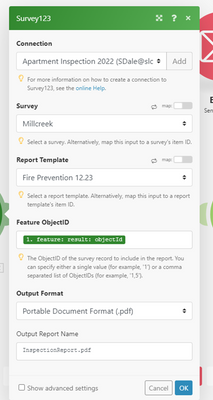