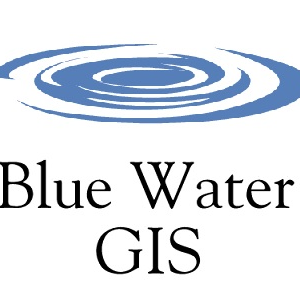 As with everyone else, we are trying to address where our small organization can help play a role for our community in the midst of the Coronavirus.  An obvious need here in our area (Northwest Washington) is a way to connect the people needing help with getting groceries, childcare, etc and the folks who are willing and able to do so.  It seems like a Survey123 / Operations Dashboard (or other configurable web app) would be a great way to coordinate these needs and services.  I do not currently see something pre-developed on the ESRI COVID-19 GIS Hub site.

It would be ideal to have a pro develop a solution that could be easily deployed country/worldwide.  Our small organization is happy to implement something locally, but ESRI is best suited to develop the larger structure and framework.  Ideas?  Thoughts?

I have been having the same thoughts as you in regard to using the Arcgis Platform for people in need to get the help they need.  I did think about a public survey but then I thought about privacy issues that might result from that.  For example if a person needs something (Groceries, Child Care, Food Delivery, etc.) they would have to give a location so the helping individual would know where to deliver it to.  I suppose though that is a just a sacrifice the person reaching out for help would have to make.  I am kind of just rambling out loud here and I apologize for that but like I said I have ideas and out of those ideas also arise other unintended consequences that have to be thought out.

A simple survey would consist of the following:

3. Level of urgency with a rating scale

6. Permission only for Coordinator to conact (This would be the person in charge of the operation) Yes or No.

Volunteers would then see this information on a map or dashboard and would response as they had the time or resources to meet the need.

Thanks for the reply and brainstorming start!  Yes, I think all of the above questions would be great.  My initial thought and plan was as follows:

1)  Two surveys could be developed - one for helpers, one for folks needing help.  The permissions could be set to private, only allowing the admins to see exact locations.

2)  The survey data points could feed into an admin operations dashboard to allow for 'matching' of the right need and helper.

3)  Filters in the dashboard to be configured to try to make admin job of matching needs to helpers as easy as possible.  For example, filters of area, need type (grocery run, etc), etc.

4)  Field in the data configured to allow admin to change need from "Open" to "Filled" - basically to be able to cross needs off as they are met.

I worry about getting something set up that doesn't work smoothly....and then causing more harm than good.  I'm willing to start with model development but was really hoping ESRI would jump in here and take charge.  This is going to be a serious need in our community in a matter of days.  Time is of the essence!

In out county there's some resistance to doing anything centralized. I'm trying to organize a group to create a grass roots push to do so. Attached is my outline of the problem and a path to solutions, if that'll help anyone. There's a good chance that, should we be able to do this, I'd need help with designing the gis side -- web app and survey123 form (though I'm pretty good with the latter, it's just easier to work with someone...). I've reached out to the GIS Corp (a group of GIS people who volunteer for specific projects) but haven't heard back yet. I'll update here if/when I do.

Our adjoining county, Mariposa (CA) already has a dashboard in place for an opt-in program they have to help vulnerable populations for power outages and evacuations. That could also be used as a template.

Any and all comments and suggestions welcome!

EDIT: Oh, one valid point that's been brought up is that resource helpers would probably need to be vetted or otherwise known to the senior needing help to avoid any danger to them. Consider community groups that either have vetting or some prior connection: Church groups, SAR Team, CERT, meals on wheels etc.

PS -- YET ANOTHER EDIT: One web app our county did during a prolonged power outage was to set up a web map showing all the businesses that were open. The same should be done for businesses with food services, able to deliver, pharmacies able to deliver, have drive up or curbside service etc. This could be community outreach for them to fill a Survey123 form, then map their location and services. Our county originally had the local Chamber of Commerce maintain the list but I'm thinking a form might work better.

So happy to hear that others are out there actively working on this as well!  We have developed the following survey (still very much in draft form), but happy to share:

I'm working on the operations dashboard that would help 'command central' match the helpers and need.  The slickest option for 'assigning' helpers to a need would be to utilize ESRI's Workforce, but I don't have experience with that ESRI product.  We can, though, configure the Operations Dashboard to pass the helper and/or need survey data to a Web App Builder edit window WITHIN Operations Dashboard to allow them to update the file.

I am in contact with ESRI about this and they have encouraged us to move forward on our own.  It sounds like they are busy internally helping goverment/agencies as a priority, which makes total sense, but they encouraged us that 'something is better than nothing'.   I'm happy to contact you directly over the phone or email if you want to start moving forward with development, George, or feel free to utilize us here at Blue Water as you need.  We are willing to help wherever!   katie@bluewatergis.com 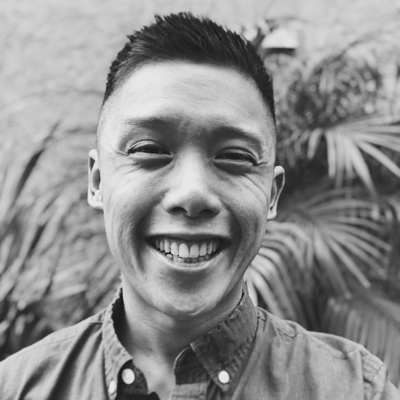 If you've been talking to Esri, they might've already sent you this example, but in case you haven't seen it, this post reminded me a Volunteerism Hub that Esri Spain put together. 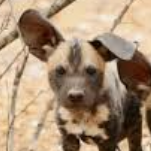 I see that a week has gone by since any comments - so I'm not sure if you will see this.

I think this is a great idea - to combine efforts at grassroots level.  I know GIS Corps sent out a request for volunteers  (https://www.urisa.org/coronavirus or https://www.gislounge.com/how-to-volunteer-your-gis-and-cartography-skills-during-the-coronavirus-pa...)

And there is apparently a webinar tomorrow, April 1 from ESRI and URISA on GIS tools, templates and resources.  Registration link: https://register.gotowebinar.com/register/6391874914480626958

Regardless, if you would please contact (mag6@illinois.edu) me I am happy to help if I can.

Hi all. I talked last week to the OES rep in San Luis Obispo County, CA who's running the food program there. They have partnered with the local food bank to handle the food boxing and deliveries (where needed) and the county sent over employees to help with the additional work. In addition, volunteers were being brought on to help there. The office staff was about 8 people to take down resident's needs and call back. I asked if they were using an app to map the people needing food and she didn't know. It didn't sound as if they were, though maybe something like that was being used in the logistics of delivering food. From SLO County directing this be done for seniors to implementation was about 5 days before the first food was going out the door. She said each box was pre-packed for enough food for 4 - 5 days (didn't get if that was one or two people).

The key here is establishing a central point of contact for food requests and partnering with a food bank or other non-profit, if they exist. Otherwise it'll also be necessary to organize a food effort. I am a major fan of Survey123 and mapping, but I don't think the front end -- where people go to register their needs -- matters all that much. It just needs to be simple, easy to use, and captures the basic information needed. The SLO form was designed using SurveyMonkey.

Operationally, it makes sense to have a map app running to get an idea of where your needs are and to organize efficient delivery. That can be done either directly with Survey123 or by geocoding the addresses as they come in.

The point is, we shouldn't get hung up on the app. The SLO questions are basic and easy to understand and the interface easy to use. There's a phone number to call for those unable to do it online (though I noted that phone number was usually busy, so you need several lines).

In my county, the challenge is establishing a central point of contact for all food needs, triaging out seniors and those who can't or shouldn't go into the community, and deliver to them. Others can come by for curb pickup. Ideally, getting support from your county or some level of government is needed because then you can request and activate county resources -- SAR or CERT teams for delivery or helping packing.

Finally, I talked to our local food bank. She was open to a central point of contact but was very concerned over protecting the privacy of their clients. Asking for food is a major hurdle for many. So some level of security has to be built into the system as well. Equally critical, any effort needs to start with the food bank people first. I would consider them in charge and our job in GIS to support their established workflow and policies.

EDIT: Meds: SLO also delivers meds though, because several of the pharmacies also do so, there was as much need. She said the pharmacies had no problems turning over the meds for deliver as long as they could give the person's ID and DOB. They could not, though, deliver narcotics but those few cases were handled by the pharmacy. WalMart, apparently, would not release the meds but the workaround was to get the client to switch pharmacies.

In my first post, I speculated -- based on an objection from one of our Senor agencies -- that only vetted people could deliver. SLO said that was not a problem for them and, apparently, not a consideration.